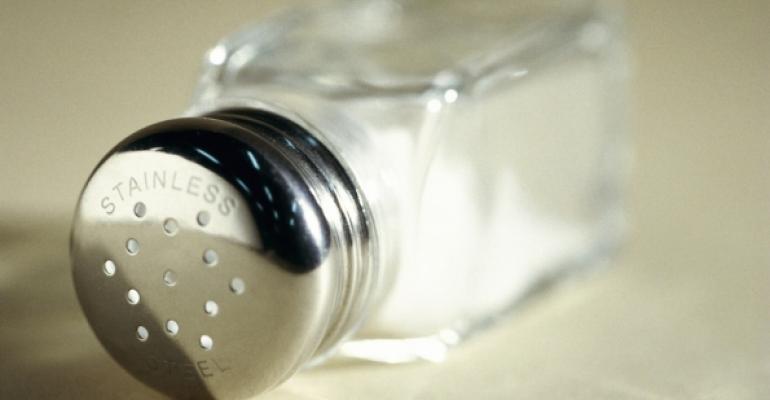 This and more are the things you missed for the week of May 30.

1. FDA drafts guidance for sodium reduction in restaurants and packaged food
K-12 foodservice directors have bemoaned the fact that USDA rules directing what they can and can’t serve in schools doesn’t match what students are eating outside of schools. One key area of dissension has been sodium reduction. In 2010, the USDA released the Healthy, Hunger-Free Kids Act. One of the rules in that bill was schools had to reduce sodium served in school meals. Child nutrition directors said that because no one else (fast food, c-stores, at home) had to reduce sodium, students didn’t like the food served at school because they found it to be bland. Schools soon won’t be alone—kind of. The FDA has released draft guidelines for restaurants and packaged food producers to reduce the amount of sodium in their offerings. The FDA has divided affected foods into 150 categories (think salad dressing) and has offered targets for sodium reduction in the coming years. The guidance is just that—a suggestion. But even suggestions put pressure on food producers to help limit the sodium intake of consumers.

2. Student starts petition after eggs removed from breakfast
The past two years haven’t been pretty in terms of the price of eggs. And even though the price has come down from its peak last summer, one school district in Maine says the cost is still too high and has removed eggs from its breakfast menu. New meal regulations released in 2010 changed the way schools were credited for serving a federally reimbursable breakfast. That change meant schools no longer had to offer a protein at breakfast. That change, combined with the high price of eggs and a district budget cut, led Regional School Unit 63 to remove eggs. One third-grader wasn’t happy about the removal of her omelets, so she started a petition that read, in part, “Kids are going crazy without omelets. If we do not get them back we will be crazy.” The school board heard the student’s petition and sponsored a special omelet day, but the district has said it will not be adding eggs back to the breakfast menu.
Read more: Third-grader leads effort to put eggs back on breakfast menu

3. College to begin allowing free beverages in all-you-care-to-eat dining halls
Students on the meal plan at the University of Washington will soon be able to get free—and unlimited—beverages with their meals in the all-you-care-to-eat dining halls. Previously, students had to pay for beverages, and many students voiced complaints about the practice. The free beverage change comes when dining services is increasing the cost of its meal plans by 5 percent to cover some of the department’s 7.9 percent increase in costs next year. That increase is due to higher minimum wages and food costs.
Read more: HFS bringing changes to UW dining

4. Portland schools the latest to test positive for lead in school water
Flint. Newark. And now, Portland, Ore. These three districts have all tested positive for lead in the water in their schools. Students and faculty will now drink bottled water for the remainder of the school year. One other area of note: The district continued to allow students to drink from water fountains even after they tested positive for lead, reports The Oregonian. The plumbing was repaired and replaced but the water was never turned off from fixtures that emitted lead.

Read more: Portland Students Will Drink Bottled Water For The Rest Of The School Year To Avoid Lead

5.  Czech Republic looks to set nutritional standards for food sold in schools
Schools in the Czech Republic may soon have nutrition guidelines they must meet regarding the foods they can sell and advertise to students. The rules, however, do not apply to foods served in the cafeterias, as that is regulated under different legislation. These proposed rules aim to limit the levels of sugar, salt and fat in foods advertised or sold to students.