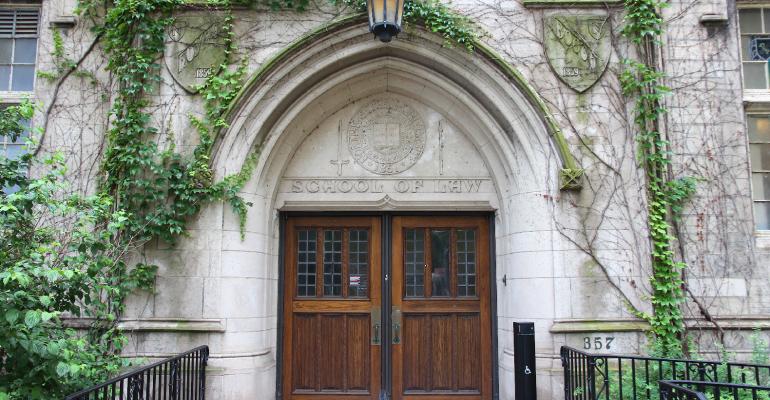 This and a school district suspending free snacks for low-income kids due to a labor shortage are some of the stories you may have missed recently.

Dining and service workers at Northwestern University have ratified a labor agreement reached last week with contract firm Compass Group/Chartwells while their peers at nearby DePaul University reached a tentative contract agreement, also with Chartwells. Higher wages and health coverage are the main issues in both cases.

Portland Public Schools in Oregon is temporarily halting a snack program for low-income students provided through the USDA’s Fresh Fruit and Vegetable Program at 22 of its elementary and middle schools because of a shortage of cafeteria workers. “Since we have to order some of the items weeks in advance, we decided to pause the service next week to allow us a chance to support our regular services with any staffing impacts,” explains Whitney Ellersick, senior director of nutrition services for the district.

With the number of COVID-19 patients dropping, the Oregon National Guard has started pulling troops out of hospitals around the state, with most out by the middle of November. They had been sent by Gov. Kate Brown in mid-August when the state was experiencing record COVID patient numbers, overwhelming staff, and had taken on duties such as delivering meals and moving supplies.

At Prior Lake-Savage Area Schools in Minnesota, where up to some 6,000 lunches are served every day, 124 parents are volunteering to fill 220 lunch slots over the next month that would otherwise be filled with permanent cafeteria workers. The Director of Child Nutrition Services Department, Emily Malone, says it has 19 unfilled positions across the district in that department alone.