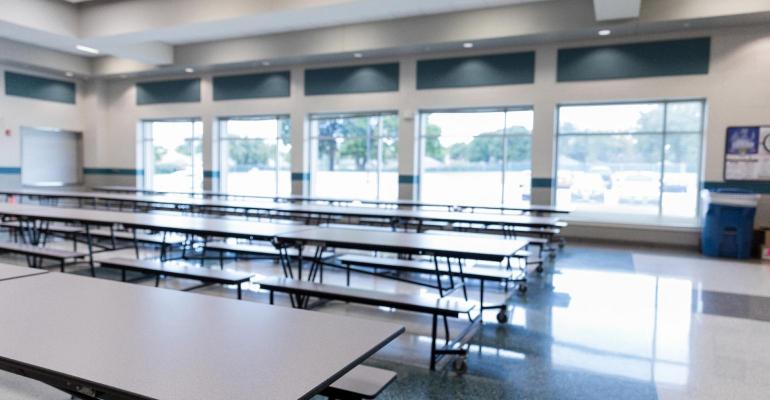 This and Sodexo expanding its tele-nutrition service nationwide are some of the stories you may have missed recently.

The New York City Dept. of Education's Office of Food and Nutrition Services has been piloting school cafeteria enhancements since 2017, and they are having their intended effect of enhancing the dining experience for students at the 45 middle and high school sites that have completed the overhauls. Rather than full renovations, the upgrades usually just involve swapping out seating, replacing traditional food service lines with display cases and generally redecorating, often over a single weekend at an average cost of roughly $500,000 per lunchroom.

Preliminary data show that the first 15 school buildings that enhanced their cafeterias saw a 35% jump in the number of students eating school lunch, while also producing secondary benefits such as adding two extra minutes to eat because of more efficient lines, and serving significantly more fruits and vegetables because the new display cases allow cafeteria workers to present items like pre-made salads in more appealing ways.

Sodexo has announced an expanded tele-nutrition solution through which its Nutrition and Wellness Center will provide virtual clinical nutrition and dietetic support for patients across the United States, with emphasis on individual counseling, metabolic testing and medical nutrition therapy. Sodexo’s Nutrition and Wellness Center has served as an online portal for in-person counselling for patients to seek dietetic services in the Denver market for 15 years, but now, with the expanded program, patients anywhere in the U.S. can conduct virtual sessions with registered dietitians, a mobile app, one-on-one health coaching, group sessions and meal planning, and get guidance on a topics such as sports nutrition, gastrointestinal disorders, oncology nutrition, weight loss and specialty diets.

“The healthcare industry’s response to COVID-19 has demonstrated that improving access to care is fundamental to improving patient outcomes,” says Julie Branham, vice president of clinical nutrition for Sodexo Healthcare. “RDs are essential in the healthcare environment, alleviating and facilitating the care provided by the already overextended medical teams. And tele-nutrition services improve access and allows more consistent support for more patients.”

A study led by Massachusetts Institute of Technology (MIT) scholars that looked at email traffic as a sign of workplace collaboration has found that one significant factor in forging collaborative ties among workers is not just physical proximity but factors like being located near the same dining facilities. "Cafeterias are spaces where verbal and visual communication is an important part of eating culture, especially in a research environment like MIT,' says Rounaq Basu, one of the authors of the paper, which studied 33 different departments, labs and research groups and 1,455 office occupants at MIT.

A pair of dietetic interns at the Medical University of South Carolina recently organized a community-wide volunteer project that produced 40,000 packed meals for children in Haiti. Interns Kylie Purifoy and Elizabeth Uliana worked with social service group Kids Against Hunger to raise $12,000 and recruit 162 people to pack the meals, each costing 30 cents and consisting of vitamin-fortified crushed soy, dehydrated vegetables, a multivitamin powder and rice. “Those 40,000 meals will feed 200 kids for a full year of school lunches,” Uliana notes.

Tina Clarke, a school cafeteria manager who says she was short-handed and “cooking on her own” at Edward Peake Middle School in England, called into a BBC Radio 2 talk show and jokingly asked that celebrity chef Gordon Ramsey, who was being interviewed at the time, come help her prepare meals for the school's 300 pupils. Ramsey himself couldn't make it but he did send one of his chefs, Rob Roy Cameron, who was put to work straight away making cauliflower cheese. "His food tasted 'amazing' even though he was not allowed to use salt—to his shock," Clarke reported.