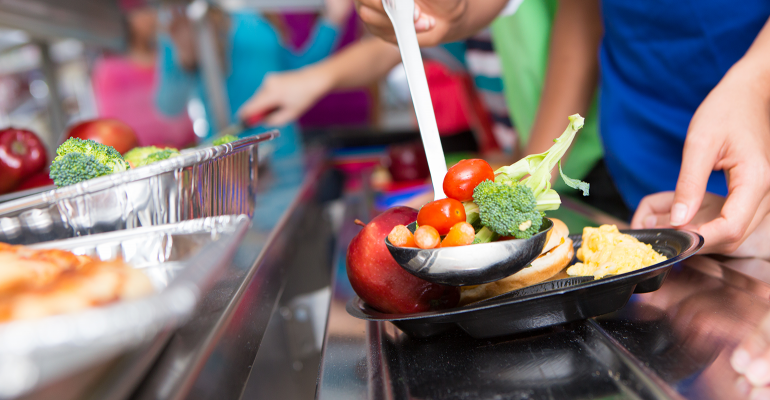 5 things: NYC to go meatless on Mondays at all schools

1. NYC to expand Meatless Monday to all schools this fall
NYC Mayor Bill de Blasio, Schools Chancellor Richard A. Carranza and Brooklyn Borough President Eric Adams have announced that the Meatless Monday initiative will be expanded to all New York City public schools beginning in the 2019-2020 school year. Fifteen schools in Brooklyn piloted Meatless Monday last spring, with additional sites added last fall. As a result of the pilot program’s success, all NYC schools and their some 1.1 million students will receive all-vegetarian breakfast and lunch menus every Monday starting this fall.

2. CCNY ends dining contract, scrambles for alternatives
City College of New York (CCNY) has terminated its contract with management company Centerplate as of March 22, leaving students wondering, literally, about where their next meal might be coming from as the school cafeteria and the two major retail dining outlets (plus the faculty lounge) will close after that day for the rest of the spring semester. The school’s Auxiliary Enterprises Corp. (AEC), which is responsible for campus foodservice, said in a message to students that it is reviewing proposals from various food/cafeteria operators but in the meantime is looking at alternatives such as bringing in mobile vendors and adding new vending machines. Meanwhile, students are encouraged to brown-bag or purchase food off campus, which they can then eat in the still open cafeteria seating area.

3. Former LAUSD dining head Binkle pleads guilty to fraud, forgery
David Binkle, former director of food services for the Los Angeles Unified School District, has pleaded guilty to illegally approving contracts and forging a signature on a district application. He was immediately sentenced to three years of probation and 90 days of community service.

Binkle was suspended from his post with LAUSD in Dec. 2014 and formally resigned eight months later. He was later indicted on 15 felony counts, including embezzlement and misappropriation of public funds.

4. San Fran caf ban now 0-for-2
After a proposed outright ban on new employee cafeterias was shot down by the San Francisco Planning Commission last year, proponents came up with a new, watered-down version of the legislation that would require companies to obtain a conditional use authorization for their onsite dining operations. That proposal has now met the same fate as its predecessor, with the Planning Commission rejecting it by a 3-3 tie vote with one commissioner absent. Despite that vote, however, the ordinance will still move to the Board of Supervisors’ Land Use and Transportation Committee, although with a negative recommendation from the Planning Commission. Stay tuned...

5. High times at campus food protest
A pair of students joining a recent protest against campus foodservices provider Aramark at Western Washington University (WWU) became ill after apparently ingesting pasta that included marijuana. The food, a pesto pasta dish, was apparently brought to the event by individuals joining in the protest and was not prepared by either Aramark or the university, according to a WWU spokesperson. The two affected individuals were treated and released at the WWU Student Health Center.

Read more: They came to boycott WWU’s on-campus food provider, but somebody put pot in the pasta