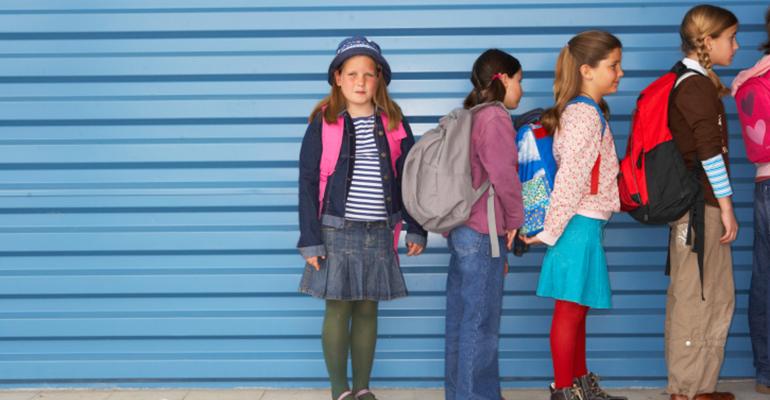 5 things: School punishment forces children to the back of lunch lines

This and more are the things you missed for the week of Dec. 14.

1.    Don’t behave in school? Go to the end of the lunch line
Woodrow Wilson Middle School in Tampa has for years incentivized students to behave and do well in class. The carrot in this scenario, however, is hurting low-income students, some parents contend. Students who receive incentive cards get to go to the front of the lunch line, while those “no-card kids” are often left with only 10 minutes to eat lunch and are often from low-income families, according to an article on fox13news. "Everyone knows that they're in line because they got a 'C,’ [conduct issue]. Like, it's not private at all. And it's really embarrassing for them, I think," one student said.

2.    Dozens affected by norovirus at Chapman University
Norovirus has been in the news a lot lately with the Chipotle outbreaks, and it’s making more headlines at Chapman University, a small private school in Orange, Calif. According to the student paper, more than 70 students were infected with norovirus, which is believed to have spread through one of the dining commons earlier this month. The university closed the commons and a thorough cleaning took place. Dining service employees, who are employed by Sodexo, are receiving additional training to prevent further outbreaks—they aren’t allowed to return to work until they have completed the training, meaning some stations in the cafeteria haven’t reopened following the cleaning.

Here are tips on preventing norovirus in your operation.

3. Location of salad bar affects produce consumption
A new study found that middle school students eat more produce if the cafeteria’s salad bar is in the line (before the point of sale) as opposed to outside the line. The researchers weighted student trays before and after consumption to see how much produce was taken and how much of those fruits and veggies were actually eaten. They found that 98 percent of students at schools with salad bars in the lunch line picked up fruits or vegetables, compared to only 23 percent of students with salad bars outside the lunch lines. Not only did they take more produce, students at schools with salad bars in the lines also consumed more than four times the amount of fruit and vegetables than other students, according to the study published in the Journal of Academy of Nutrition and Dietetics.

4. Parents believe food-allergic child died from hospital food
In October a 13-year old boy in Australia died, and his parents believe it was because he was served food that had traces of the food he was allergic to, according to a story on shm.com. The child’s death, which is believed to be the first linked to food preparation in an Australian hospital, caught the eye of the country’s health minister, who has called for a Senate inquiry into the safety of hospital food.

A recent study found that patients in Pennsylvania were endangered by hospital food.

5.  Taiwan bans genetically modified foods in schools
Lawmakers in Taiwan have banned the use of genetically modified foods in the country’s schools, saying these foods were a food safety and health danger to students. The Department of Education noted that 103 of the country’s 235 schools already don’t use these GMOs, but added that for the other schools it would cost them an additional NT$2 to NT$3 to produce each meal.