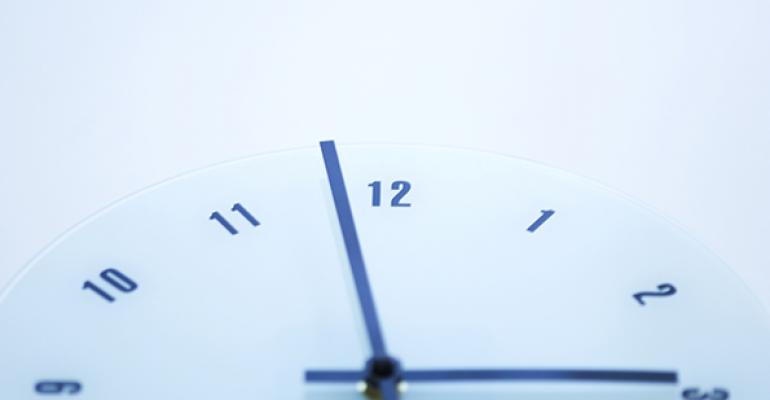 This and more are the things you missed for the week of Sept. 14.

1.    Students need more time to eat
New survey results found that short lunch periods hindered students’ food consumption. The findings shouldn’t surprise any child nutrition professionals, who have long lamented the limited time they have to feed large quantities of students. The study found that students who had less than 20 minutes to eat lunch consumed less of their entrees, milk and vegetables than those who had longer amount of time to eat. The study was conducted by the Harvard T.H. Chan School of Public Health. The interesting point the study found was the time difference needed for students to consume more of their meals needed to be only slightly higher, at 25 minutes. When students had 25 minutes to eat, they consumed 13 percent more of their entrees, 12 percent more of their vegetables and 10 percent more of their milk.

2.    College takes a slice out of bacon
The University of New Hampshire (UNH) is reducing the amount of bacon it serves in its dining halls. The move is being done for several reasons, chiefly to save costs and meet university health, wellness and sustainability goals. One of those initiatives is Healthy UNH, a push by the university’s president to make UNH the healthiest college in the country by 2020. David Hill, assistant director of culinary operations, told The New Hampshire that the move to cut back on bacon probably wouldn’t be noticed by students, similar to when dining services reduced the size of bagels.

3. Cornell students ask for grocery store to fight food insecurity
Food insecurity on college campuses is increasing. While some colleges have started food pantries on campus, students at Cornell have suggested a different approach: a grocery store located on campus. The students who have proposed the solution said a campus grocery store would eliminate the stigma associated with seeking help and help foster self-reliance skills like cooking.

4.    One-third of kids eat fast food on any given day
As the war on child obesity rages on with schools at the forefront, a new study found that 34% of children aged 2 to 19 ate at a fast food location on a given day. In addition, kids got 12 percent of their daily calories from fast food. The study was published by the U.S. Centers for Disease and Control Prevention’s National Center for Health Statistics. While the study didn’t find any differences in the caloric intake of fast food by gender, weight or poverty status, there were differences by race. Non-Hispanic Asian children ate considerably less calories from fast food restaurants than their non-Hispanic white, non-Hispanic black and Hispanic counterparts.

Read more: 34% of Kids Eat Fast Food on a Given Day, Study Says

5.    US creates first food waste reduction goal
Noncommercial foodservice operations have long worked to reduce the amount of food waste on their campuses. Now, the federal government is getting involved. Two federal agencies, The U.S. Environmental Protection Agency and the USDA, have established the first-ever food waste reduction goal. The agencies set the bar at a 50-percent reduction by 2030.