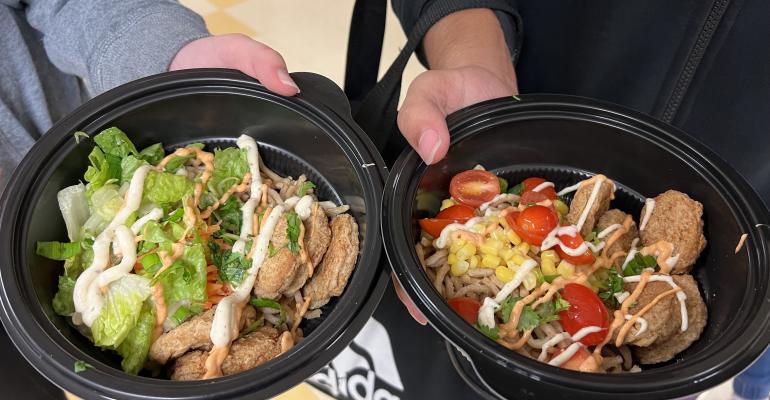 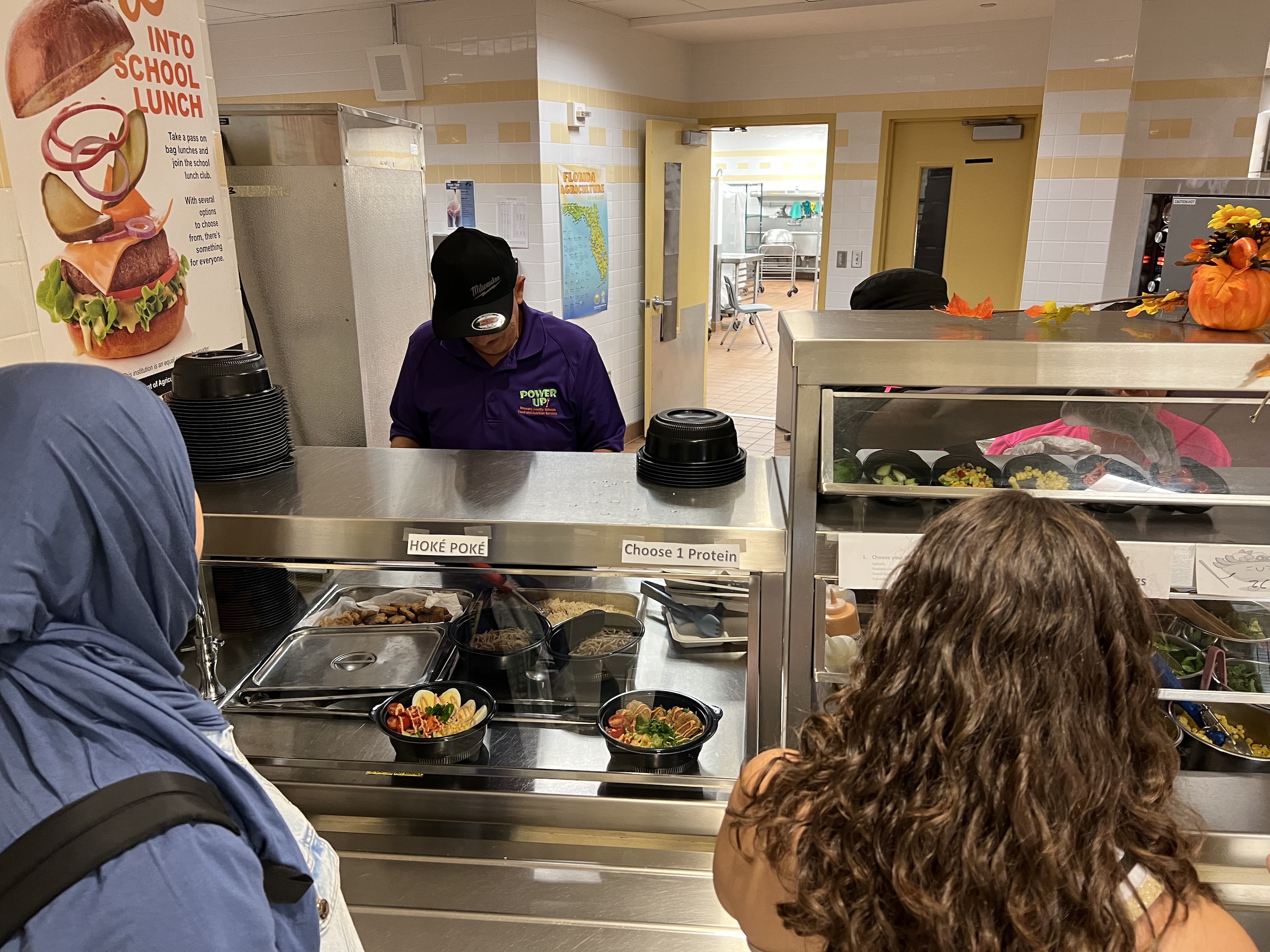 Students choose from a variety of bowl components, fast-casual style.

Getting high school students to buy into lunch—much less a healthy lunch—is an eternal struggle for school foodservice teams. But Florida’s Broward County Public Schools have discovered a formula with solid potential for turning that situation around: a popup poke station.

This year, the district rolled out the one-day popup, called Hoke Poke, at its 30-plus high schools. The station allows students to choose their base, protein, toppings and add-ons to create a customized, healthy lunch.

The popup is a pilot, says Zoe Crego, program manager, nutrition education and training for the schools. Because the district is so large—the sixth largest in the U.S.—the food and nutrition services team wanted to make sure the popup would appeal to a diverse enrollment and students with varying tastes.

“We wanted to make sure students knew that delicious, nutritious meal options were available,” Crego says. “This is something fun and exciting, it captures their attention and it’s a way to get them to participate in lunch.”

Before rolling the popup out across the system, Broward schools ran a limited two-day test and asked 30 students to weigh in on the offerings; that feedback helped steer the menu.

It’s too soon to provide numbers, Crego adds, but so far “we’ve had overwhelmingly positive feedback.” In addition to a bump in lunch participation, she has observed that high schoolers are consuming more produce.

“There is an option to choose multiple vegetables, and they are eating them,” she notes. When school meals include a mandatory vegetable, often that part of the meal gets partially or completely left on the plate.

Crego credits the eye-catching display. “Almost every student wants the cherry tomatoes and carrots,” she says. “I think it’s the bright colors, but some students are requesting almost every vegetable and eating them. It’s a pleasant surprise.”

The poke ingredients can change based on availability and season, but they include:

The popups, as one might expect, require a bit more labor than the conventional menu. Some items, such as the Asian chicken, are already available on the daily menu. Prep for other ingredients is handled by each school’s food and nutrition staff, and the Broward district office team pitches in on the designated day to make sure the station can handle any surge in demand and keep the line moving.

In informal lunchtime research, Crego says, “The main comment we hear is they love the sauces and would love more.” Because the sauces are calorie dense, the staff doesn’t go overboard on portions.

Udon noodles, cilantro brown rice, Asian chicken, matchstick carrots and cherry tomatoes have been the top choices system-wide, but the popularity of certain items differs at some schools. Cherry tomatoes are hot at one location, while hard boiled eggs go quickly at another. The district support helps each high school manage the individual locations’ swings in demand.

“It’s something fun, it lets them choose and it gives them exposure to more items than they might try at home,” Crego says. “A lot of the kids say it’s like Chipotle. It’s a way for them to have something new.”

The popups take place at the end of the week and are promoted through announcements, banners and menu board messages.

The pilot will run through the remainder of the school year; the response and feedback will determine whether Broward high schools will continue offering Hoke Poke going forward. The test will also determine whether and how the service model needs to be tweaked for efficiency, Crego explains, and how frequently poke bowls should be offered.

“Because it’s much more labor intensive, we want to make sure we have the staff to support it without causing huge delays,” she says. Some of the Broward high schools serve thousands of meals a day, so this is an important consideration in the design of any popup.

For now, the popups will be limited to high school cafeterias, mainly because they are the only schools with sufficient staffing levels to handle the extra labor demand. But Crego says the district is looking at more streamlined spinoffs of the poke concept that might work at the lower levels.