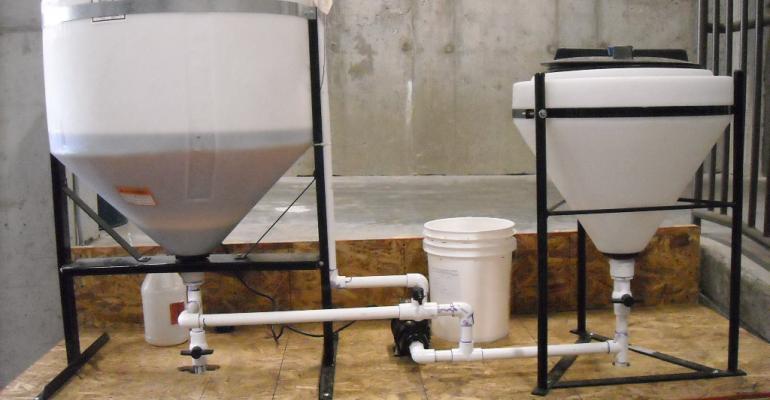 SCIENCE CLASS. The two tanks on the right mix the methanol and sodium hydroxide. The combination is pumped over to the used oil in the big tank.
News & Trends>K-12 Schools

From Cafeteria to Classroom: Biodiesel

Science class uses oil from the fryer to create biodiesel. 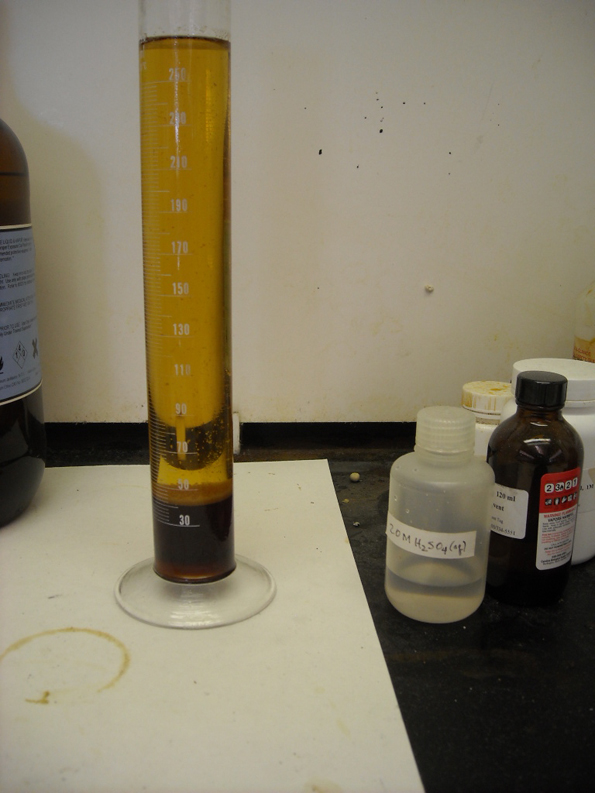 Gordon Chenery, a science teacher at Montgomery Bell Academy, teaches the senior AP-level class, Environmental Science. He had wanted to do something with biodiesel for awhile, and saw an opportunity to work with Restaurant Technologies Inc., the company that provides the automated oil filtration monitoring systems for the school’s kitchen.

“When the diesel engine was first invented, they used peanut oil,” Chenery says, so the idea isn’t new, but it does make an interesting lesson for the class.

The kitchen uses a longer-lasting, trans-fat-free soybean oil, a proprietary blend that’s made for heartiness and durability.

The project began in March, and started out with one 20-gallon batch. By next fall, there should be enough biodiesel to power a school tractor and even a school bus, says Steve Walsnovich, foodservice manager/executive chef at Montgomery Bell Academy.

“Dr. Chenery has access to the used oil by means of an exterior wand that dispenses the oil into whatever container he chooses to use. He can extract any amount of oil at any time,” Walsnovich says. 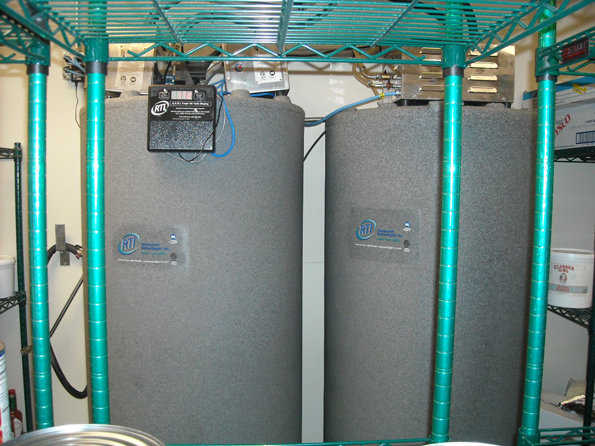 The students carry the used oil in big buckets to the lab. Then it goes into graduated cylinders; it’s then their assignment to separate it.

“Before using oil as a fuel, you have to separate it into two components,” he says. “Glycerol and fatty acids are bound together.”

The students divide into groups and combine methanol and sodium hydroxide together and then add that to the oil. The methanol takes the place of glycerol and settles at the bottom of the cylinder. At the top (much like oil and water separating), is the biodiesel. For every five gallons of oil, one gallon of methanol is used.

“Methanol is the biggest cost associated with the experiment,” Chenery says. “We purchase it locally in 55-gallon drums.”  However, oil haul-away costs are being eliminated.

If you’re looking to learn more about biodiesel, Chenery recommends the book From the Fryer to the Fuel Tank by Joshua Tickell.