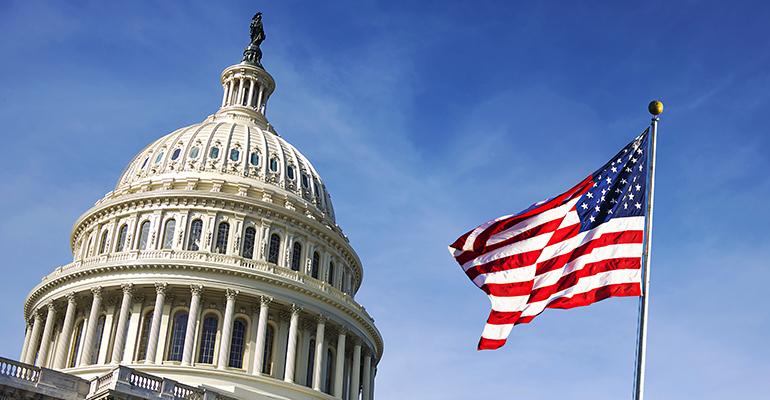 The United States Department of Agriculture announced “flexibilities” that many took to social media to decry as being harmful to students’ health.

The United States Department of Agriculture (USDA) shocked the child nutrition industry last week when the agency proposed rules that would strike down on the Barack Obama-backed Healthy, Hunger-Free Kids Act (HHFKA). The proposed changed would allow for “flexibilities” in school lunch and breakfast programs, the USDA said. Those changes included allowing child nutrition professionals more leeway in vegetable subgroups (i.e., more potatoes would be allowed) and allow changes in the amount of fruit served in breakfast in the classroom programs (for example, under HHFKA, breakfasts served in the classroom required students to take two bananas instead of the one required in breakfasts served in the cafeteria).

The USDA announcement came just days after the School Nutrition Association’s (SNA) CEO Patti Montague told a group of school lunch professionals that they shouldn’t expect for Child Nutrition Reauthorization (CNR) to happen this year because Congress had too many other priorities. Every five years Congress is required to reauthorize the child nutrition programs, which allows for changes to them to be made. The last time CNR was enacted, however, was in 2012 with HHFKA. Since then changes have been made to the National School Lunch and Breakfast Programs through appropriations and other rules set forth by the USDA.

Sam Kass, former White House chef under Obama and part of first lady Michelle Obama’s Lets Move! Program, said the changes were made at the “bidding of the potato and junk food industries.”

Here are stories in the AP and New York Times on the abhorrent actions by the current administration. My full quote is below. Elections have consequences. “No parent in America wants to sacrifice the health of their children for politics and industry lobbying. With one in three of our kids on track to have diabetes, it's unconscionable that the Trump administration would do the bidding of the potato and junk food industries. What a shameless, embarrassing capitulation to lobbyists at the expense of American children and their well-being. This country--and its kids--deserve so much better. ”

Jonathan Neman, co-founder and CEO at sweetgreen, said the changes “jeopardizes nutrition for millions of students who rely on school lunch as their main source of nutrition every day.” 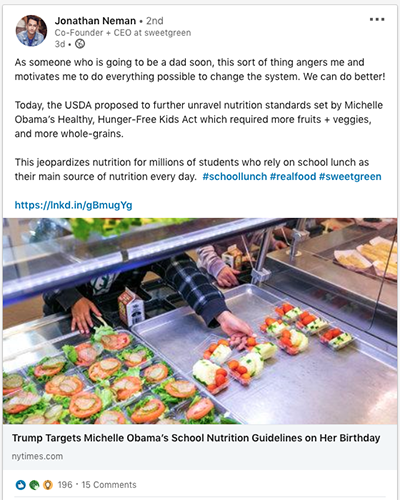 Nora LaToree, CEO at Eat Real, a nonprofit that aims to bring awareness of the value of real food and improving transparency in the food system by working with schools, took a positive spin and said we shouldn’t wait on the government to make changes, saying “The health of our children is too important.” 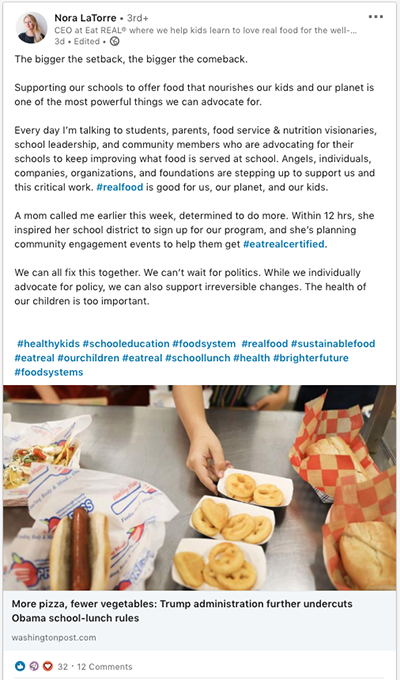 Mark Bordeau, senior food service director at the Broome Tioga BOCES in New York, said “Our districts will not be changing course.” In a comment on his post, Katie Wilson, executive director/CEO of the Urban School Food Alliance and a former child nutrition director, “encouraged everyone to read the entire proposal,” echoing sentiments from many in the industry that said there was need for some flexibilities. Wilson said she liked the proposal to bring back meat/meat alternatives at breakfast but said that “we must work to limit sugar in meals at school.”

This article has been updated to clarify fruit serving requirements for breakfast under the proposed rule.
1 comment
Hide comments
Recommended Reading