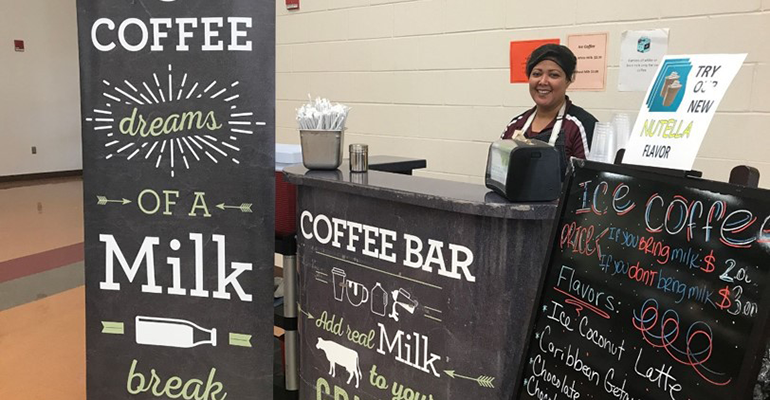 Ever stand behind young people in line at a Starbucks or similar commercial coffee chain? If you do, you can’t fail to observe that what they mean by “coffee” varies significantly from the traditional definition. In fact, often a more accurate term for what they order would be “milkshake.”

One is Orange County Public Schools (OCPS) in Florida, whose senior director of food & nutrition services, Lora Gilbert, gave a compelling presentation on her district’s coffee cart program at the recent Annual National Conference of the School Nutrition Association.

“They already get a lot of milk when they go to a Starbucks, so this is not a stretch,” Gilbert noted in explaining the origins of the idea. “This is what their culture has come to mean is coffee.” 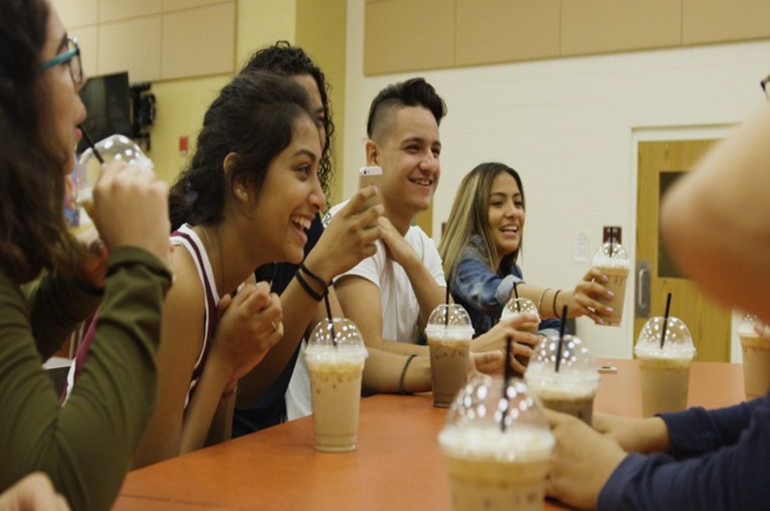 The coffee program is also available to student groups for their meetings and to teachers through the catering program.

OCPS has deployed “coffee carts” in district high schools that serve iced coffee drinks with various flavor options. The kicker is that to get the beverage, the student must first get an 8-ounce serving of regular or flavored skim milk that is then mixed with 2 ounces of cold brew coffee and either 2 ounces of one sugar-free flavored syrup or 1 ounce each of two different ones, then topped with regular or flavored whipped “cream” made with skim milk that is enhanced with xanthan gum to make it froth.

The drink is then served in a 12-ounce cup with either a domed lid if whipped cream is used or a flat lid if it isn’t, plus a straw. Students also have the option to top their drinks with caramel sauce or chocolate Hershey’s, and Gilbert says the creativity of students to take advantage of the various possible combinations of the different milk, syrup, whipped cream and topping options is truly impressive.

Whatever the teen-attracting flavor combos may be, however, the item still generally comes in at under 60 calories per serving and can fit into a reimbursable meal as the milk component. In fact, there is a price incentive to do that as getting the drink as a stand-alone a la carte option costs $3 while making it part of a reimbursable meal reduces the price to $2. 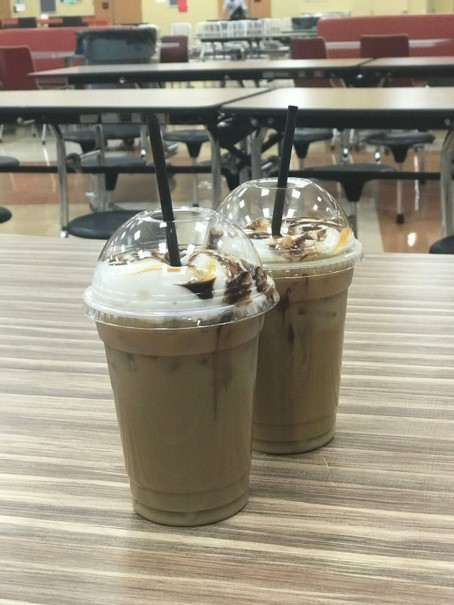 The coffees are served on two different platforms. One is as part of OCPS’s Cooperative Carts program, which allows student groups to sell food and beverage items in order to raise funds by splitting the proceeds with food & nutrition services. The other is with coffee carts operated by OCPS cafeteria staff. These are equipped with hand sinks and freezer units to store ice.

Generally, students wanting a coffee drink must first get the milk from the regular cafeteria line. This posed an early problem as milk dispensers often were too slow to keep up with demand so precupped milk is now made available.

The bottom line, Gilbert observed, is taking advantage of a product popular with teens to build school meal participation.

“Anything we can add to get kids back to the cafeteria is a good thing,” she noted.