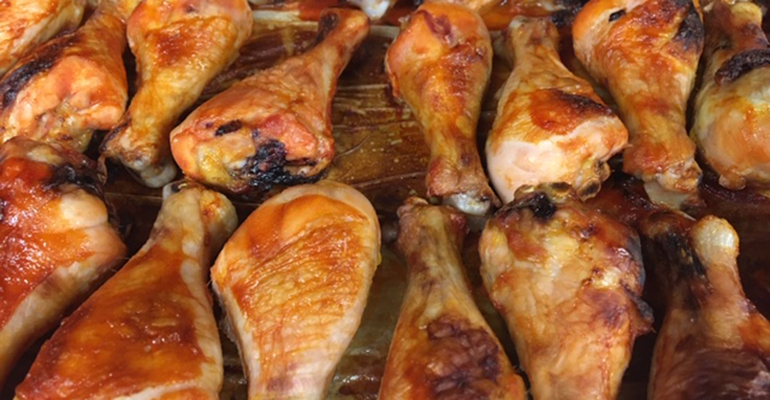 Already, Shannon Williams has transformed the menu for Telluride School District students. And she just started as the director of foodservice in August.

For three years, Williams served as the nutrition director for a nearby Colorado district, where she helped transform the kitchen into a from-scratch operation.

She’s implementing the same kinds of changes in Telluride, starting with a fresh menu and lessons to help her staff use the kitchen more effectively. 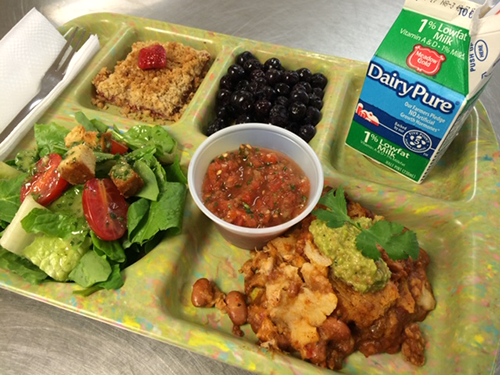 Williams says when she arrived, she was impressed with the cooking equipment they already had. But no one knew how to use it.

“I introduced them to their own Robot Coupe,” she says. “They were slicing cucumbers by hand,” Williams says.

Now they slice more efficiently and know how to use their industrial mixer to make elements such as pizza dough from scratch. The only new piece of equipment Williams has added is a sectionizer, which they use to make their popular fries, made with sweet potatoes or russets.

Williams got involved in school food years ago following a trip to her daughter’s elementary school, where they were planning to eat lunch together in the cafeteria. Williams couldn’t force herself to eat the food and didn’t think her daughter—or any other child—should have to eat it, either.

The experience prompted her to join the school’s health committee. Eventually, she was hired as that district’s foodservice director, with a goal of making food the kids would want to eat.

“If I don’t eat it, then I won’t feed it to the children,” she says. “They’re not second-class citizens. They’re little growing people who deserve to have fresh, delicious food.”

To that end, Williams has revamped the school menu in the Telluride district with housemade, nutritious meals that focus on flavor.

Before she arrived, the salad bar was a non-reimbursable option located away from the main line. It was filled with “fancy stuff for the teachers.” 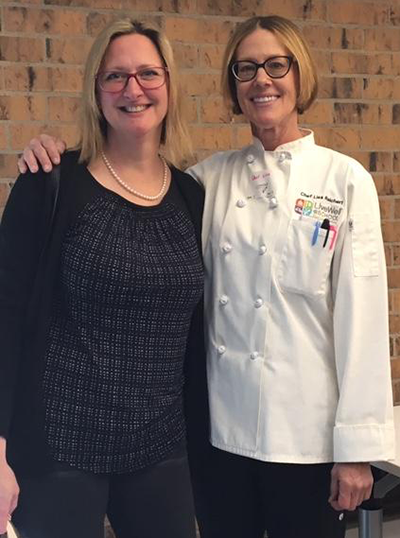 Williams moved the salad bar, restructuring the line so that kids pick up fresh salads and fruit first, before they hit the lunch line and the a la carte section. Students can come back for unlimited seconds at the salad bar.

“That way,” she says, “I can encourage lots of veggie eating.”

Williams has secured sources for a few local ingredients. In addition to the beef, she uses Yukon potatoes and apples grown on local orchards.

She also partners with a local pig and chicken farm to cut back on food waste. The farm picks up all of the kitchen’s inedible scraps once a week.

The Telluride district has two schools. The pre-K through second grade elementary has 200 students. A secondary school, for third through twelfth grade, has about 600 students. At the beginning of the year, the kitchen was serving a total of 250 meals per day, a number Williams would like to double.

The school population is big enough that Williams will have to work out delivery and pickups of more local ingredients before she can create a full farm-to-table school lunch program. In her previous district, where she served 175 students, Williams transported local ingredients using her own car.

In addition to more local ingredients, Williams would like to expand the breakfast program to include more students.

The district currently serves a cash-only breakfast that is outside the National School Lunch Program. That affects students who qualify for free and reduced meals—a population that eats 25 percent of the current lunches served in the district—because they cannot charge breakfast on their meal accounts.

She’d like to ensure that more of these students can eat in the morning. She’d also like to expand the meal to all grade levels. Currently, even the cash-only option is not available until seventh grade.

As her program unfolds, Williams says she’s grateful for the positive feedback she’s received from students, teachers and administrators.

“I know that typically people are quicker with complaints than compliments,” she says. “It’s so encouraging.”