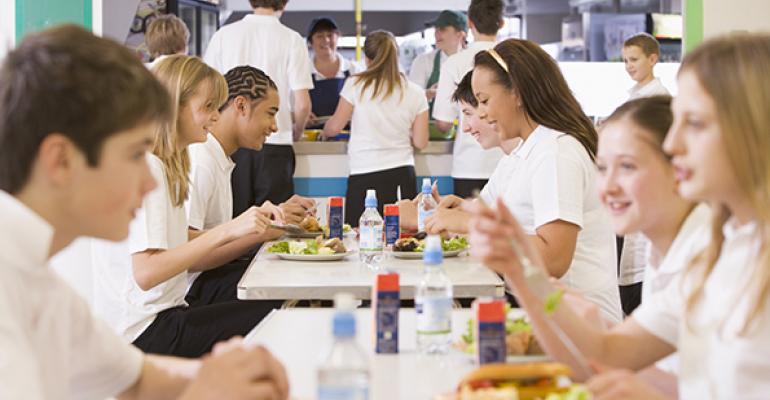 Wellness and student need prompted the return after 20 years.

In the era of the Healthy, Hungry-Free Kids Act, it seems like every month there’s another district that is removing part of its schools, normally high schools, from the National School Lunch Program. In an about-face, one district is actually returning its high schools to the federal program—after being gone for 20 years.

As of this September, the 14 high schools in Chesterfield County Schools in Virginia are now back on the National School Lunch and Breakfast Program. In the era of the Healthy, Hunger-Free Kids Act, it’s a contradictory move, admits Sandy Stokes, district nutritionist.

There are two main reasons for the move back to the federal program. The first was the district’s wellness council met last year to create a wellness policy “with some real teeth,” Stokes says. The policy looked at many different aspects of student health, including food and nutrition. “One of the suggestions we talked about was the fact that as a student would come through the line, having everything bundled as one package would probably offer a student a more nutritionally balanced meal (than offering everything a la carte),” Stokes says. “If everything is bundled together it tends to get kids to eat healthier, and eat their fruits and vegetables.”

The second reason was that more families were in need of federal assistance. The district had offered a limited amount of free lunches at the high schools to help out students who were homeless, but Stokes says the need for income-based assistance, like the federal free and reduced meal program, was growing. “More kids were in need. By opening up to the federal program we can better provide services at the high school level,” she says.

Stokes says the district is processing more free and reduced applications this year, and she says that a comparison of the first week last year to this year’s first week showed that the foodservice department brought in more income, when federal reimbursements were included.

Stokes admits she was nervous about the move. “If you’re off the program for 20 years, we didn’t know what kind of kick back we’d get from kids.”

But so far the pushback has been minimal and parent support has been high. “Parents are thrilled they can get everything (fruit, vegetable, entrée, sides and milk) for one low price,” she adds.

And the students are happy as well, especially with new menu additions, including a Chipotle-style concept being offered every three weeks. “We took a lot of time to create a lot of grown-up entrees for the kids at the high school,” Stokes says. Many of those items are of Asian influence, including an orange chicken over rice bowl being served today.