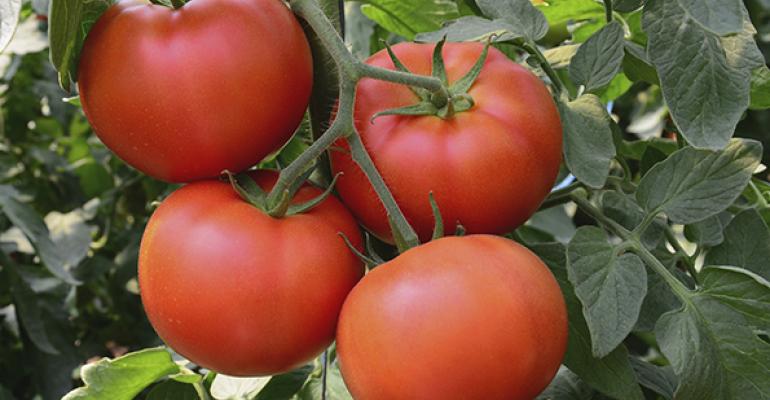 A pilot program at Washington County Public Schools prepares and freezes meal components made with fresh local ingredients over the summer for later use.

Williamsport High School’s kitchen is usually a quiet place during the summer as the site is not one that the Washington County Public Schools (WCPS) in Maryland utilizes in its summer feeding activities.

And it isn’t this year either, but that doesn’t mean Williamsport isn’t suddenly humming with activity and the noise of food production.

That’s because Williamsport High is ground zero for a new initiative launched this summer that seeks to find a more efficient and economical way to utilize fresh, locally sourced produce in the school meal program.

“This is a test pilot to see what types of products we can utilize out of the local farm crops, what kinds of prices we will receive not just this year but long term and what kind of prices we need to get on a product to make it viable, how can we staff it and what kinds of additional equipment we will need,” explains Jeff Proulx, food and nutrition services supervisor.

The four-week pilot kicked off in mid-July, with each week dedicated to a different item. When FM spoke to Proulx in late July, the program had already produced a marinara sauce, blanched corn for corn on the cob and turned out a diced potato medley for hash browns, all of which were then frozen and stored in the district’s warehouse. The district had yet to decide what else to make before the pilot period came to an end.

“What we’re initially finding is that based on the current staffing structure and the product cost that came in to us, the cost is running a little high on the program,” Proulx reports. He stresses that this is hardly discouraging. “Now comes the analysis part,” he adds. “Where do we need to be, how do we staff it better, how can we make it more efficient by mechanizing some of the processes and to better work with farmers to get the product we want at the price we can afford?”He notes that since this was the first year for this experiment, there were no opportunities for contracting in advance for specific product with growers. Putting such arrangements in place before next summer’s production should yield significant purchasing efficiencies.

Proulx is also planning to use data from the pilot to go after farm-to-school grants from the USDA. “We’re hoping that now that we have the data we can generate a viable grant application to really bolster [the summer production operation] and get it running.”WCPS has a strong summer feeding program, including open sites and mobile meals, which means, Proulx estimates, that with the production operations at Williamsport High, his department is utilizing about half of the department’s school year staff this summer.

“We started to stretch ourselves a little thin, but we were able to put together a solid team for this pilot and they’re doing a fantastic job.”

The Williamsport operation is using existing equipment except for a Cryovac machine on loan from an equipment supplier used to bag the marinara. Storage of the frozen preproduction is at facilities already leased by the district and traditionally used by its nutrition services to store USDA commodities and spot purchases made to take advantage of short-term deals from suppliers.

“We have plenty of space,” Proulx says.

There’s no pretense that this initiative will make a significant dent in the district’s school meal program needs, at least not this year. WCPS has an enrollment of around 22,000 and 48 school sites.

“We bought two and a half tons of tomatoes and made about 14,000 servings of marinara sauce, but that is maybe three or four menus for us,” Proulx explains. “Probably by the end of October we’ll be out of marinara sauce.”

The roughly 10,000 half-cob servings of the corn will probably all go in September’s Farm-to-School week celebration.

By producing for Farm-to-School week in July, Proulx says he’s able to even out labor utilization as that week is generally very labor-intensive due to a lot of fresh product traditionally being brought in.