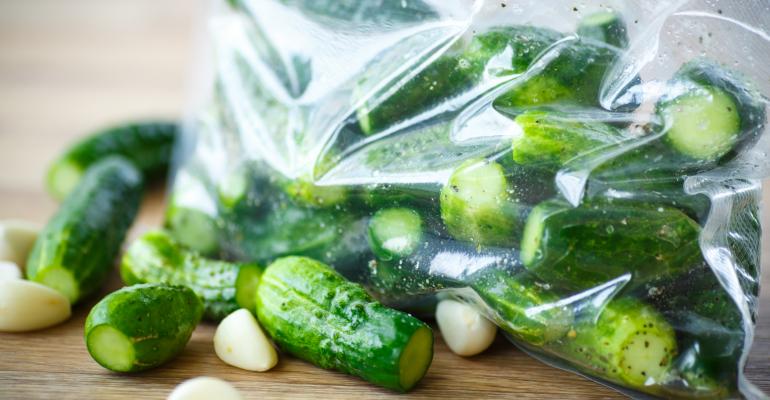 Farm to School Month 2015 on “Inside School Food”

October is our favorite month on “Inside School Food.” We devote four episodes to farm to school, with an eye to capturing news that listeners can use about new resources, projects and strategies. We also look for stories from around the country that will move, delight and inspire. Here’s what we showcased this year:

A food hub serves schools in northeast Iowa. For food hubs that aspire to increase access to local foods across the socioeconomic spectrum, there’s no better way to accomplish this than through farm to school. In northeast Iowa, the not-for-profit Iowa Food Hub has helped to quadruple purchasing of local, source-identified produce, dairy, pork and beef, for 12,000 students in 18 rural districts. The secret to its success: close coordination with districts on menu planning, to insure just-in-time delivery of adequate supplies of seasonal items from dozens of growers and processors within a 150-mile radius. “It’s one-stop shopping,” says Chef Chad Elliott, who has transformed school meals in the Decorah schools with an ambitious shift to scratch cooking. “They source such a great variety of products, and the prices are great. It’s really a no-brainer for us.”(Fresh food and fresh ideas from the Iowa Food Hub)

Native-raised buffalo for native schools. For tribal communities across the Great Plains and Southwest, buffalo is the centerpiece of traditional culture, a sacred food critical to the restoration of health and independence. A “Sacred Food Medicine Wheel,” developed as a Native American alternative to USDA’s My Plate, has bison in one of its quadrants—the other three being water; fruits and vegetables; and corn, beans and potatoes. Hence the introduction of ultra-lean, prairie-fed buffalo to lunch trays in native schools, through an effort led by the Intertribal Buffalo Council. Animals are raised by the community according to tradition, and, on some reservations, ritually slaughtered and processed with student participation. For the Council, it’s taken years to get to this point. But for the children, it’s taken no time at all to embrace their legacy and clean their plates. (A taste of hope)

Vying for title of Top (farm to school) Chef. In the heart of Wisconsin’s beautiful Driftless Area, home to Organic Valley, enthusiasm for local runs high. Teams from six small high schools in Vernon County spend Farm to School Month working with chef-mentors to capture top honors in a delicious locavore face-off. The challenge: create a winning, workable school lunch menu, completely in line with USDA nutrition regulations and with no more to spend than most public schools have—about $1 per plate. Contenders and their menus are regarded as cool, which wins school meals cachet. In this episode, we profile last year’s champion, Viroqua High School, where students work with Luke Zahm, chef-owner of the celebrated Driftless Café. (WI students meet the Harvest Challenge)

Lasting change takes a village—and patience and plenty of time. New Jersey is called the Garden State out of pride in an agricultural heritage that dates back hundreds of years. But in West New York, in the heart of the most densely populated area in the nation, farms were long unknown to the low-income immigrant children growing up there. Today, it’s a different story. The West New York School District is regarded as a national leader in food culture reform that involves the entire school community. “Even the crossing guards talk to the kids about it,” says district chef Kim Grey. For eight years, the district has followed a farm-centric education agenda, with help from its progressive distributor of sustainably grown New Jersey produce. Selling to public schools, it turns out, is a boon for many Jersey farmers, who have surplus and irregular produce (think bell peppers stuck between green and red) that would otherwise be composted. (In West New York, NJ, the kids eat it all)