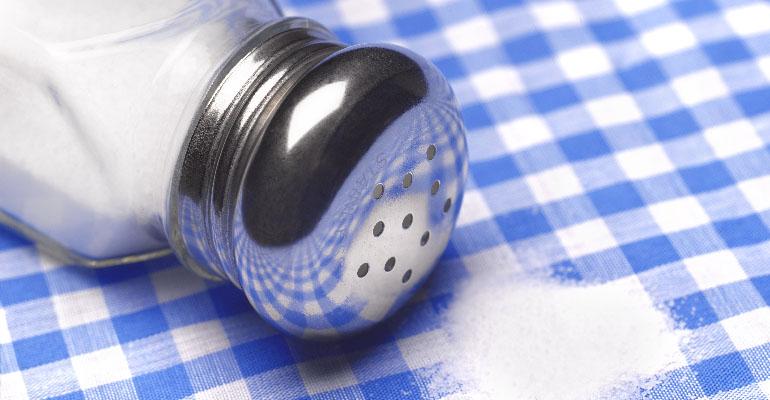 Peter Dazeley / The Image Bank / Getty Images
The original 2012 rule regarding sodium, which may now be back in effect following this ruling, established three targets to steadily lower sodium levels in school meals until school year 2022-2023.
News & Trends>K-12 Schools

A federal court has struck down a 2018 USDA rule that reversed nutrition standards for sodium and whole grains in school meal programs.

The U.S. District Court for the District of Maryland has vacated the 2018 United States Department of Agriculture (USDA) rule that reversed nutrition standards for sodium and whole grains in school meal programs, concluding that it violates the Administrative Procedure Act because it differs significantly from the USDA’s 2017 interim rule setting up the final standards.

“The court concludes that the rule is not inconsistent with federal law, it does not reflect unexplained and arbitrary decision making, it does not represent an unacknowledged and unexplained change in position, and the U.S.D.A. appropriately responded to public comments,” ruled U.S. District Judge George J. Hazel. “The court does find, however, that the final rule is not a logical outgrowth of the interim final rule, so it must be vacated.”

The sodium and whole-grain standards were the first of a series of efforts by the Trump Administration to revise school nutrition rules implemented by the Obama Administration, most recently with a proposed revision to fruit and vegetable requirements, for which it recently extended the public comment period until April 22.

The original 2012 rule regarding sodium, which may now be back in effect following this ruling, established three targets to steadily lower sodium levels in school meals until school year 2022-2023, when meals would have low enough sodium levels to comply with 2010 Dietary Guidelines for Americans. Meanwhile, the 2012 rule also required that 50% of grain products offered in school meals had to be rich in whole grains by the 2013-2014 school year, and after the 2014-2015 school year, all grain products had to be whole-grain rich, though schools could apply for waivers as long as they still met the 50% requirement.

In 2017, the USDA published an interim final rule that extended the time schools had to reduce sodium levels and allowed states to continue granting waivers for the whole-grain requirements as long as they could demonstrate hardship in complying.

But when the administration published its final rule in December 2018, it differed significantly from the interim rule by resetting the requirements so that only half of the weekly grains served have to be rich in whole grains while ending the need for waivers and eliminating the third sodium target. The court found this discrepancy violated the Administrative Procedure Act.

It should be noted that during the COVID-19 crisis, the USDA has relaxed meal regulations to help districts serve students and families with no meal pattern restrictions.