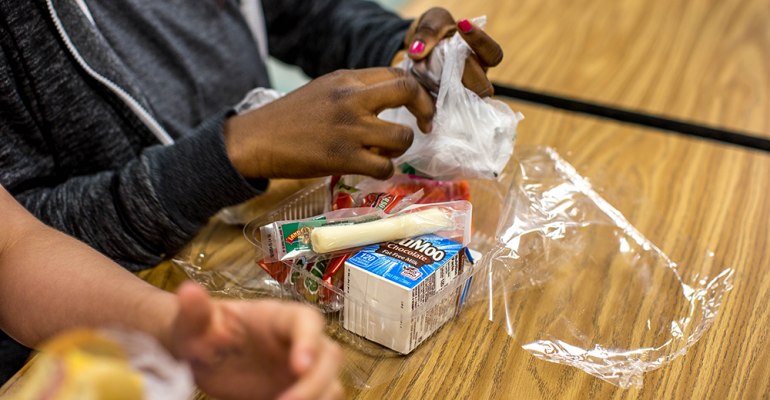 Super Snacks are meant to bridge a gap in the day: Some students in the district have lunch as early as 10:30 a.m., and if they participate in after-school programs, they may not get home until after 5 p.m. That means they are running on empty when trying to participate in enriching programs.

As a solution, the program started small two years ago, at a school with around 47 percent free- and reduced-lunches, Luther Jackson Middle School in Falls Church, Va., with the introduction of healthier snacks featuring all the food groups. Prior to that, after-school program staff would just offer kids candy and chips. Unfortunately, the kids had gotten used to that kind of after-school fare. 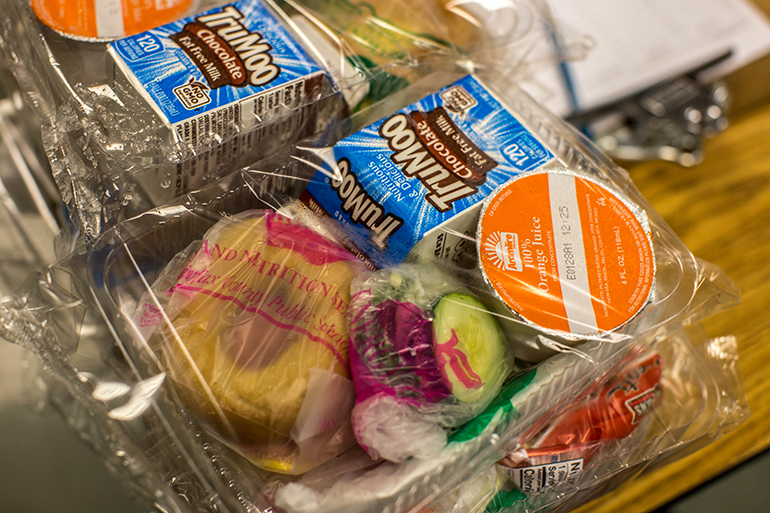 “At first it was kind of a learning curve because the kids were like, ‘I don’t really want vegetables…I want Cheetos,’” Matt Hoffert, after-school program specialist at Luther Jackson told local news station DWVM.

The kids weren’t the only ones with reservations about the snacks. “Originally, we thought, ‘Oh, my gosh this is just going to be lunch duty all over again,” one school principal told the news station. But she soon saw that it wasn’t difficult for staff to pull together the snacks and “it’s actually had a tremendous, positive outcome.”

Offering snacks to everyone after school, rather than singling out students in need, is what makes the program work, according to Hoffert.

Snacks are mostly produced in the district’s central production kitchen and delivered to schools each day, but snacks can also be prepared in individual school kitchens if possible, says Maria Perrone, acting director of Food and Nutrition Services at FCPS. 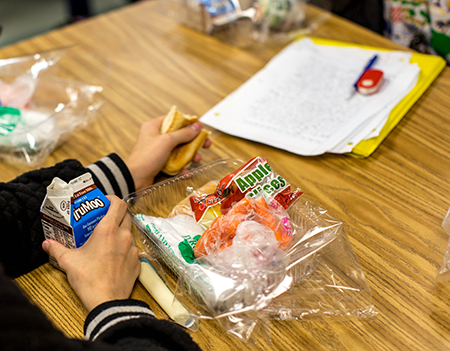 Tapping into the popularity of Lunchables-style kits, Super Snacks have kid appeal, and they’re a lot more nutritious than that bag of Cheetos.

After-school programs that meet certain requirements can receive reimbursement for snacks, Perrone says, referring to guidelines from the USDA, which include having a structured and supervised environment after school, providing regularly scheduled education or enrichment programs after school and being in an attendance area of school where at least 50 percent or more of the children are eligible for free or reduced meals.

Wondering if your school may be eligible for an after-school program like this? Click here for more info from the USDA to see if you fit the criteria.