The lineup for salads this year includes some bold composed salads, which while still allowing for customization, add an instant bump of flavor: Curried chickpea salad, roasted cauliflower salad with pickled onions and Asian edamame salad with water chestnuts, cilantro and soy vinaigrette.

Sandwiches from around the globe

Another sandwich on the new menu, this Italian grilled chicken bruschetta sandwich is light and fresh with melted mozzarella, fresh tomatoes and baby arugula on rosemary focaccia. There’s a veggie version as well, an eggplant stacker with mozzarella and roasted tomatoes.

On the ball with new entrees

The Hand-rolled Italian Meatball Bar is a station where guests can get to the meat of the matter and customize a hearty fall plate. Another cozy new entrée is vegetarian tagine, a North African-inspired dish with braised veggies in an aromatic broth. 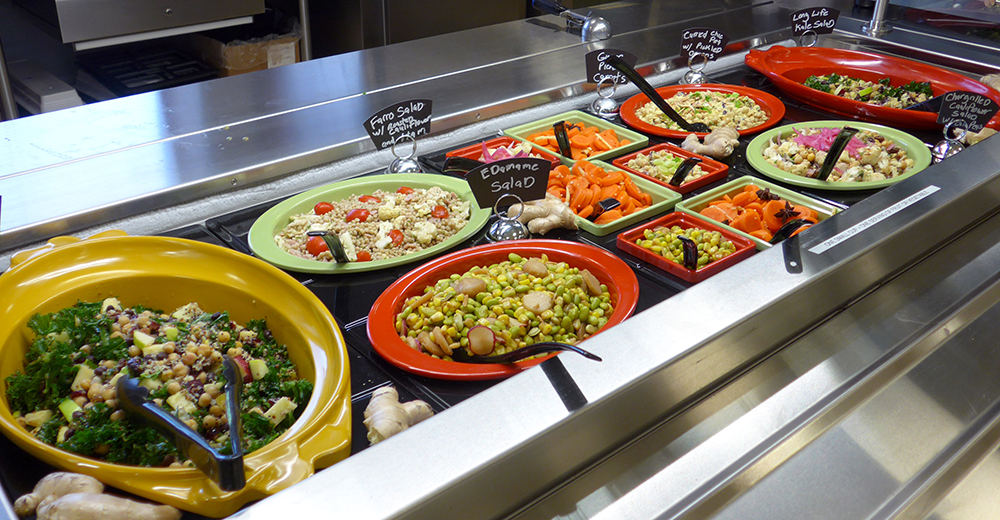