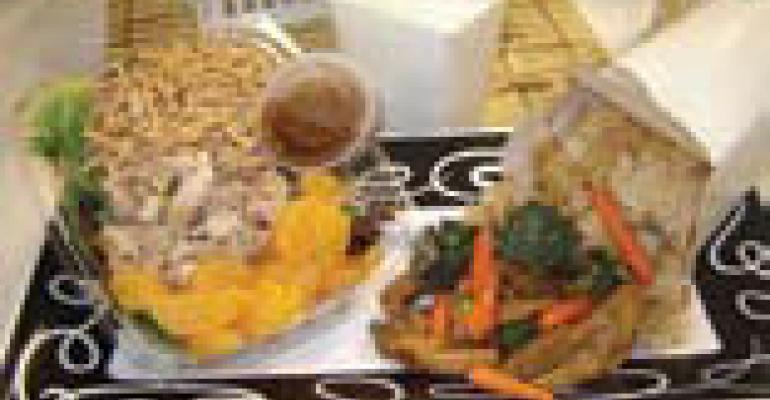 The Escondido (CA) school district has found significantly higher participation rates in its high school cafeterias since implementing a healthier menu at the beginning of this school year. The number of lunches served at four of the high schools show an increase of 44,000 in the first five months of the 2007-08 school year compared with 2006-07.

Some of the schools were on pace toward the end of the year to double and even triple lunch participation, says Student Nutrition Director Pamela Lambert, RD. For example, Orange Glen High School served 69,650 meals last fall, compared with 43,560 the previous fall.

Lambert credited the new emphasis on “healthier” menus, including more fresh food selections in lieu of prepackaged, frozen items. “We took it back to scratch cooking,” she says. “We make our own muffins and bagels, for example. We also now serve all whole grain and have lots of salad choices and fresh deli, and we also buy most of our fresh produce and dairy from local sources.

Some of the new choices include

Lambert says the Fiesta Bowl is the most popular choice so far.

The new menu is also popular with adults, who are now eating much more frequently in the cafeterias — about 300 of the 800 staffers on a typical day. To encourage this trend, Lambert set up special staff accounts that make transactions easier. So far, about 120 have signed up.

Lambert is a former pediatric dietitian who knows both what's good for kids and what they like. Next year she plans to introduce build-your-own burritos, salad and sandwiches.