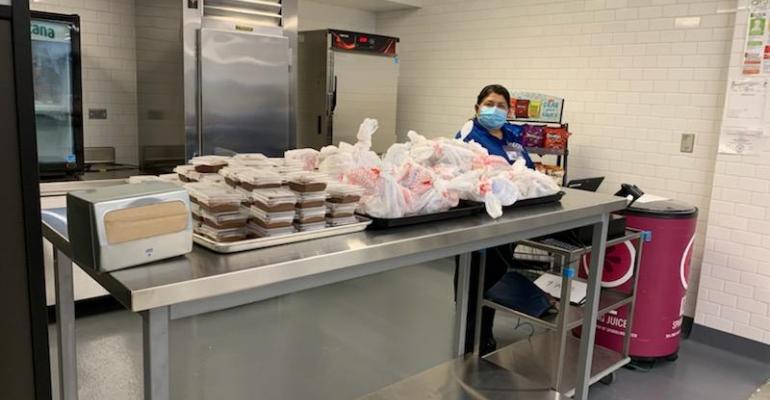 Rather than a single traditional cafeteria, Lamar High School has distributed 16 dining outlets across its eight academic neighborhoods where students can grab a snack or meal at any time during the day.

A new kind of high school learning experience recently debuted in the Houston Independent School District at Lamar High School, which has been redesigned to make students feel like they are in a corporate or college environment rather than a traditional high school. Among the changes from traditional secondary school practices is the approach to meal service.

While still maintaining adherence to the requirements of the National School Lunch Program (NSLP) in which it participates, Lamar offers its some 3,000 students continuous meal service through the course of the day from 16 full-service dining pods rather than a single traditional cafeteria.

“I come from a quick-service model and I’m always telling my team that in my time here, I want to start to transform the K-12 [dining] environment, to take industry standards and bring to kids what they are already familiar with on a day-to-day basis” outside of school, observes Keith Lewis, nutrition services senior operations manager. “Flexibility and the ability to move around are what we continue to push because kids are social, and the more opportunity and convenience space we allow them, the more they are likely to consume and enjoy the food. After all, the nutrition piece of education is vital to the learning process because a hungry kid can’t learn and is often disruptive.” 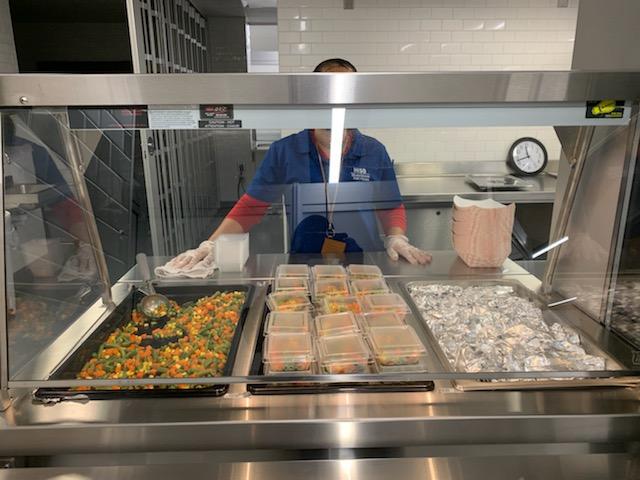 Meal components are made fresh each morning and packaged individually.

The food is prepared fresh each morning in the school’s central kitchen and packaged in individually portioned containers for delivery to the pods.

“This gives the kids the opportunity to hand-pick what they want to eat,” Lewis explains. “It’s no different than going to Sonic or Jack in the Box or Whataburger, except we’re not serving exactly that kind of food. Still, you can make choices—you can pick your burger, whether you want fries or onion rings with it, the kind of drink you want and so on.” 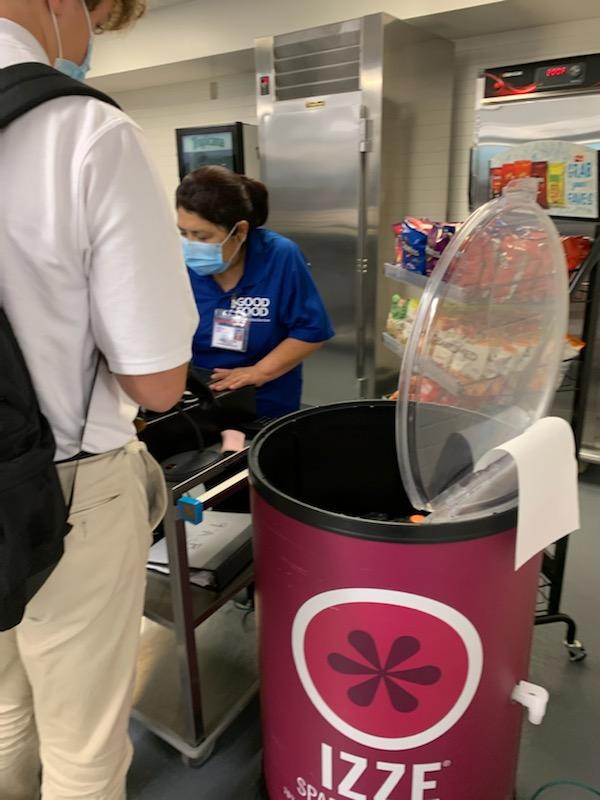 The approach isn’t all that different from what the district does in other school locations, except that instead of delivering to classrooms, as has been the case during the pandemic, the food is delivered to the pods, where students can access it between classes and then have multiple places to sit and eat, from a banquet hall on the first floor—which is “not a typical school cafeteria,” Lewis emphasizes—to the courtyard, classrooms and open seating areas scattered around the building.

Each dining pod is equipped with refrigerators, warmers, a hot serving line and a refrigerated display space and is designed to feed up to 500.

There are two pods in each of the school’s eight academic neighborhoods, placed back-to-back so that they can help replenish with each other if need be. “Say you run low on the spicy chicken sandwich at one pod,” Lewis explains. “Well, you can walk just 15-20 steps to the other pod to get more from them.”

The daily menu is the same at every pod with two daily reimbursable meal options along with plenty of a la carte, all of which conform to Smart Snack requirements, and include popular choices like chicken wings, Smart-Snack-compliant Domino’s branded pizza, sweets, snacks and beverages. Reimbursable meal selections also tend to emphasize items that have proved popular, Lewis adds, noting that the spicy chicken sandwich is a particular favorite. 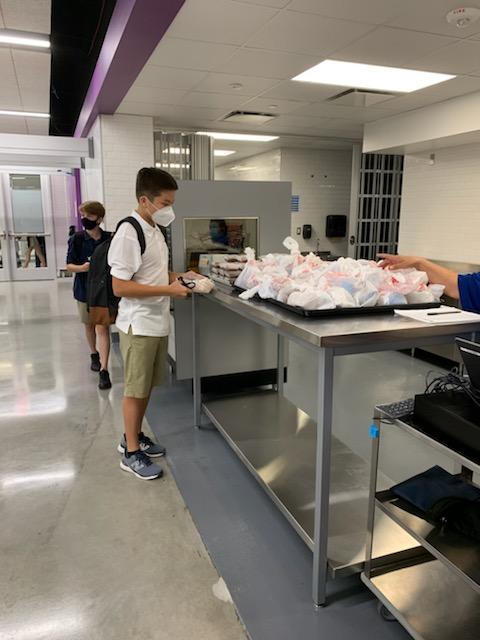 The idea behind the pods is to provide convenience and flexibility for students, such like in a business environment.

Breakfast is offered in the morning at both the pods and through Campus Cruiser mobile carts positioned at intercept points like building entrances. They include some hot options like breakfast tacos and burritos as well as muffins, cereals and yogurt.

All meal periods have accommodations for students with food allergies or diet preferences such as vegan.

Lamar High School’s $122 million redesign was part of the district’s 2012 Bond Program that also included the addition of a five-story, 530-space parking garage and a state-of-the-art academic wing with the academic neighborhoods on the top two floors of a new four-story building that also houses a gym, a natatorium with an 8,000 square foot pool, a new band hall, a 4,000 square foot black box theater and the banquet hall. Renovations to the historic original building that first opened in 1936 modernized the structure while preserving its historically significant architecture.

Lamar is an International Baccalaureate school that seeks to provide diverse groups of students with a rigorous, internationally accredited education supplemented with a broad range of extracurricular activities. Unlike the traditional high school model in which students move from one classroom to another during certain points of the day on a bell schedule, Lamar’s new academic neighborhood approach lets students stay in one location while teachers come to them to instruct in the various traditional core subjects, allowing more cross-collaborating among students and teachers.