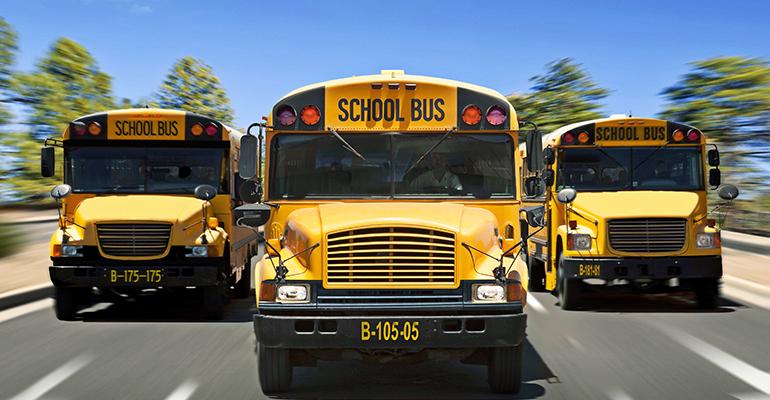 Finding revenue as a K-12 food service operator is going to be trickier than ever in the upcoming school year as districts decide between remote learning, in-person socially distant learning and/or a mix of both. Foodservice directors from two of the largest districts in the country discussed the various ways their districts are achieving this goal, from food trucks to increasing reimbursable meals to coffee stations.

Fairfax is the tenth largest school district in the country with 188,000 students, all of whom will be learning virtually through the end of 2020. With no children in schools, Taylor is planning on deploying the same summer strategies during the fall to feed students. In Fairfax, where 28% of the school-age population comes from at-risk homes, that’s meant finding unconventional ways to deliver meals.

Taylor and his team brought meals to the local churches, which then distributed those in a set up similar to a Meals On Wheels program. He plans to use this method moving into the start of the school year, but he also has an advantage up his sleeve: buses.

Fairfax has the second largest transportation fleet in the country behind New York and in front of Greyhound, according to Taylor. And he plans to deploy them this fall in the same way Orange County has been using their buses for the past few months.

In Orange County several years ago, the department retrofitted an old school bus to hold up to 500 meals. The child nutrition team used that bus to distribute meals to students located outside campus grounds, something Taylor will employ this fall.

Buses aren’t the only mobile device Orange County is using. They also have a food truck, which has been newly redesigned with a lower window for smaller children and will drive around neighborhoods offering food to students from the district.

Gilbert, whose team has been experimenting with new revenue streams for a decade, is once again looking for new ways to serve the student population, only 30% of which Gilbert expects to be in schools come the start of the school year.

One of those tactics has been modeling the district’s foodservice program after other segments of the onsite food industry, including turning cafeterias in some high schools into student unions akin to a college dining hall where students can eat, study and hang out. This increased participation by 15% in Orange County.

The district has also begun to lean into students’ love of Starbucks. Gilbert described the district’s imitation of Starbucks at some schools as 8-ounces of milk, to meet USDA requirements, with coffee flavoring and frothed milk on top that’s made with xantham gum.

“Our main focus is, what does it take to get [students] in [to the cafeteria], and then, can we get a reimbursable meal?” said Gilbert.

Fairfax has also used trending items at colleges to enhance its programs. Rotisserie chicken, inexpensive for the district to make, has been introduced to outdoor barbecues that the district has been hosting throughout the summer where kids eat for free and parents can purchase their own meals for $2.

But there are challenges with large gatherings or drive-thrus (which both counties use but are unsure its future with USDA waivers) when CEP comes into the mix since wifi can be spotty outdoors and IDs need to be counted for participation in the program, something Gilbert and her team in Orange County are currently trying to work out.

Fairfax has been using ticket counters for CEP but is aware that getting by this year will require an abundance of help from the USDA in terms of waivers and grants, something he suggests others take advantage of as well.

One hundred twenty one schools are now on CEP in Orange County, which has reduced its $3 to $4 million budget significantly to put toward other projects like an automated database similar to the one currently running in Fairfax, which Taylor admits of the program that, “You have to invest money to make money.”

Taylor suggests, “Think outside of your organization for new revenue streams.” Fairfax does that by using its six central kitchens to cook for outside organizations, like prisons, Air Force bases and daycare centers.

“There are far more questions than answers but an open mind, reading more, paying attention more, going on websites, magazines and watching what’s happening in the marketplace [are some places with answers],” he added. “We don’t know what to do but foodservice professionals are some of the most adaptable people in the country.”

This is part of special coverage of the Back to School with Food Management webinar series to help college and K-12 dining programs get ready for the fall. Register for live sessions or on-demand replays at https://webinars.food-management.com/back-to-school/. The series continues Aug. 3 with “New Menus to Fit a Changing Landscape,” and Aug. 4 with “Menu Development Ideas for Schools.”

This session was sponsored by Chobani Foodservice.