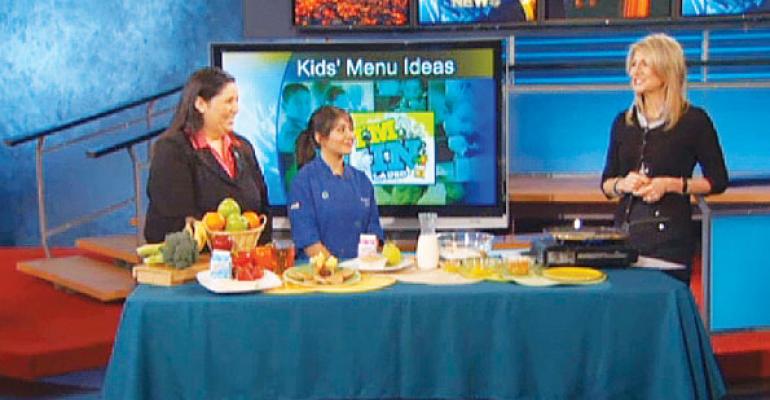 A program to give iPads to every student also opens up nutrition promotional opportunities.

As part of a $30 million pilot project  beginning this fall, the Los Angeles Unified School District (LAUSD) will distribute free Apple iPads to students in dozens of its schools.

It’s part of a classroom program that will eventually give the mobile devices to every student in the district by the end of 2014.

Each unit will feature a copy of LAUSD I’M IN, a custom app that allows kids and parents to view upcoming menus, lets parents to track what their kids select for lunch and also provide links to online applications for free and reduced meals and other transactions.

The app can also be downloaded for use on the iPhone 3GS or later as well as iPod Touch devices. The school dining app is said to be the first of its kind in the country. It will include links to 2013-2014 menus, nutrition data and allergen lists; to MyPaymentPlus, where meal program prepayments can be made; and to various informational resources such as LAUSD’s Facebook page and Breakfast in the Classroom program.

According to David Binkle, LAUSD’s food services director, several thousand copies of the app have already been independently downloaded as of early August.

“We see it as having a great a deal of potential in terms of nutrition education and promotion, especially via social media,” he says.

“Potentially it might also provide a way for us to let students and their parents pre-order fresh-prepared meals. We are excited about the many opportunities this technology will offer our district."

The iPad program is designed to prepare students with the online skills they will need in the real world; the units will come with a variety of educational apps to assist them in their studies.

If the program moves forward as planned, over 640,000 iPads will be distributed to LA students by the end of 2014.