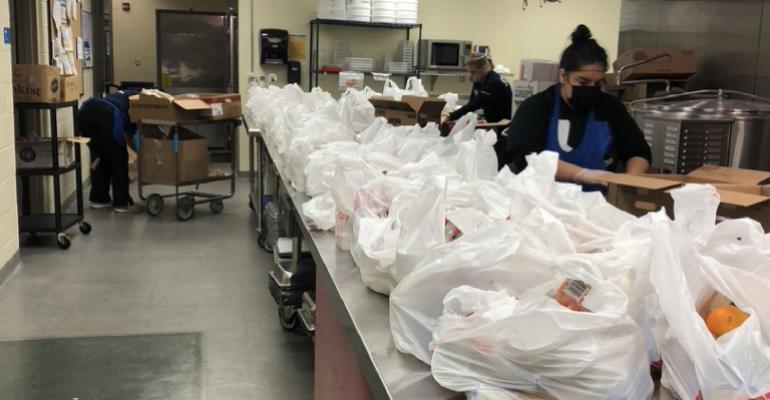 The school meal program for the Urbandale Community School District in Iowa has had to adjust to different academic schedules this school year while continuing to serve kids nutritious food.

Like most public school districts, the Urbandale Community School District in Iowa’s Des Moines metro area has had to adjust to changing circumstances forced by the COVID-19 pandemic. The district started the 2020-2021 school year with a combination of hybrid and online learning, pivoted to 100% remote for November and December, then went back to combining hybrid and 100% online in January before converting to its current format for the second semester in February, which has students opting either for 100% in-person or 100% online with no switching except for exceptional situations.

All this has of course put a strain on the meal program and its new director, Jessy Sadler, who took over heading the division last fall after previously serving as nutrition director at a smaller nearby district.

Related: Celebrating 16 Foodservices Heroes in the second year of the pandemic

“The changes to train the staff on the different serving styles when even I didn’t know what was going on was a huge challenge early on,” she remarks. “The pivots between each initial learning model were hard, going from a normal cafeteria style to kiosks to grab and go, and then the unknown of what was going to happen the following month. At every board meeting we were asking, are our numbers going up? going down? where are we at? The continuous ‘planning to plan’ was a big struggle at the beginning of the school year.” 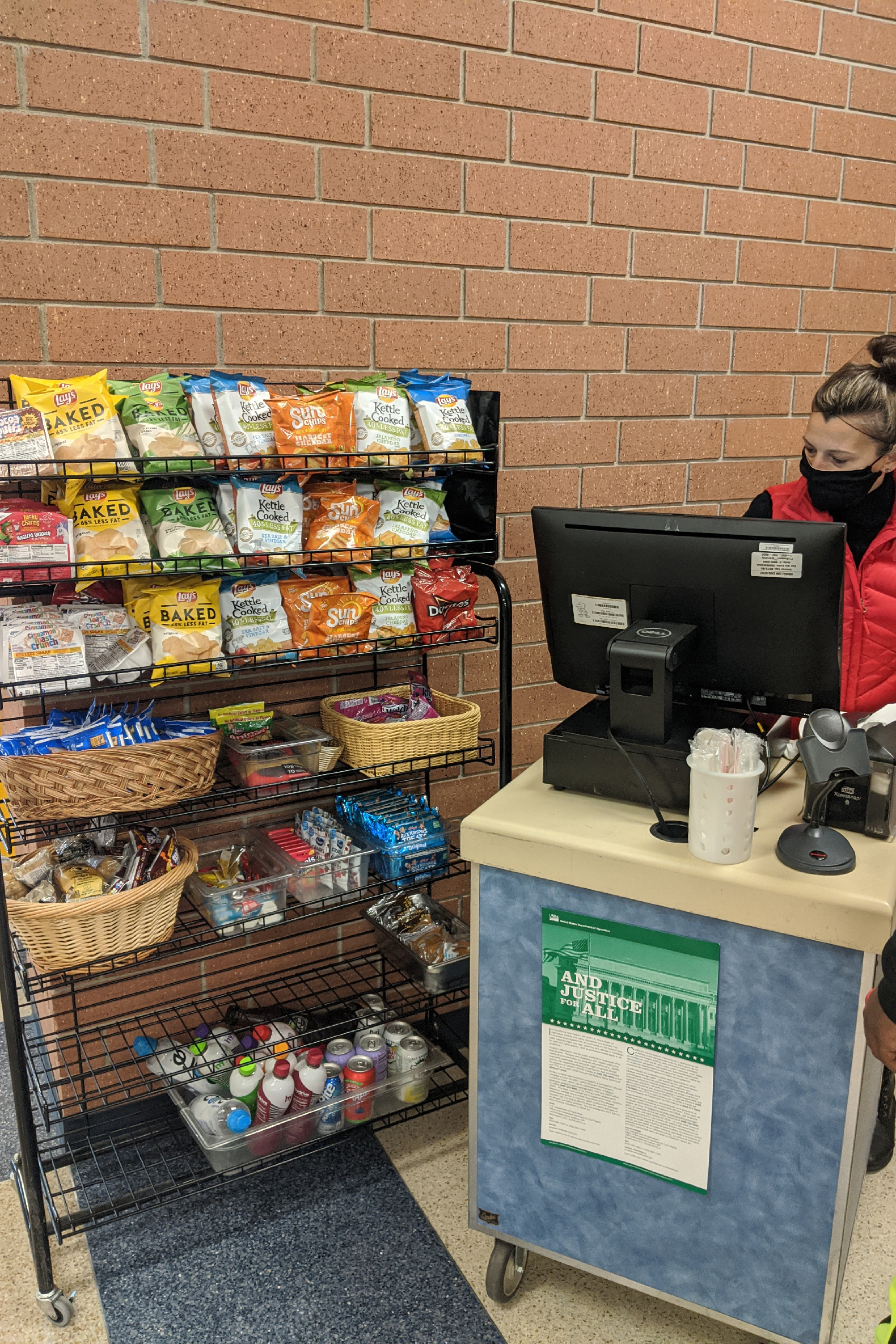 Most lunches for in-school students are served from scattered kiosks to limit congestion at service points. They include a la carte kiosks at the high school.

Sadler and her team have so far managed to deal with the shifting schedules, even producing increases in breakfast and lunch counts, a notable achievement in a district where only about a third of the enrollment qualifies for free or reduced-price meal under ordinary National School Lunch Program criteria.

“At one elementary building we went from an average of 30 breakfasts a day to 120 a day now,” Sadler notes proudly. She credits the combination of universal free meals available under USDA’s emergency measures and the appeal and convenience of the meals her program is serving.

For instance, “we started something they never heard of before—breakfast in the classroom!—and they are super excited about that,” she notes. “We’re going to continue with it at a couple elementary schools next year because it’s been such a hit.” The kids get the grab-and-go breakfast packs as they enter the building and then take them to their classrooms to eat.

Middle and high schoolers doing in-person classes have two grab-and-go breakfast options, one hot and one cold, that are served in the cafeteria, while lunch offers five to six entrée choices each day ranging from yogurt parfaits, sub sandwiches and salads to hot entrees plus an additional grab-and-go cold option.

“We wanted to make sure we could provide a variety to try to keep it as consistent as possible with what the kids are used to,” Sadler offers. “We also increased the variety of the meals because we have to serve in a non-traditional manner” that limits customization at the point of service, she adds. “It’s a bit harder on my staff but we made it through, and the kids love it.”

Lunch choice in the elementary schools was also doubled from the one offered before to two now, one hot and one cold, along with fruit, vegetable and milk.

“They absolutely love the double options, so we’re going to continue with that variety of entrees, and next year we’re going to add an additional vegetable option as well as a fresh fruit every day, so they’ll have two options of each of the components,” Sadler promises.

Lunches have been served from scattered kiosks at all schools to ensure maximum social distancing during meal service. The high school has kiosks serving a la carte items as well as reimbursable meals and components. 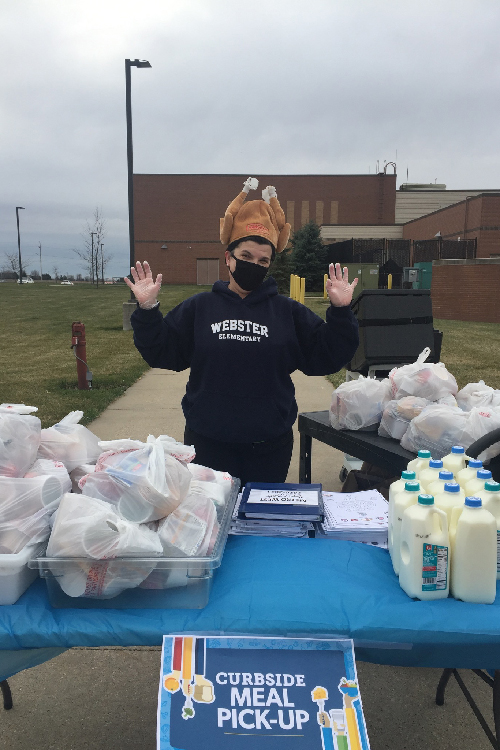 Photo: Remote learning students can pick up their five-day meal packs at three district sites of their choice.

Students doing remote learning are offered a weekly sign-up for meal packs that include five days’ worth of breakfasts and lunches. The packs can be picked up at three locations across the district. The meals in these packs “are very similar to our onsite menu except they are heat-at-home,” Sadler explains. “We try to give them multiple options and we never repeat the same menu twice in a week so they can still feel some normalcy.”

While the district doesn’t have weekend or supper meals, it did offer meal packs for the Thanksgiving, winter and spring breaks.