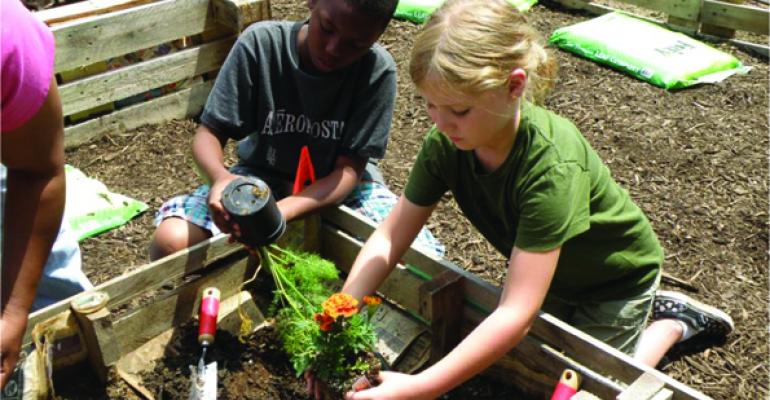 An underutilized central kitchen is at the heart of a revival for the Memphis City Schools.

When Tony Geraci assumed direction of nutrition services for the Memphis City Schools last October, he inherited a 217,000-sq.ft. central production/warehouse facility. Since Memphis has recently used onsite production to prepare many of the meals at its school sites, he saw the central facility capacity as a major resource that could be leveraged.

That monumental asset— built 10 years ago at the cost of $34 million—is now central to other changes Geraci is bringing to the district.  Today, it is being used to receive and process fresh produce sourced from local growers, a volume that has recently grown to as much as 120,000 pounds a week.

“We spent $20 million on local purchases this year,” he says proudly, noting that that money circulates back through the local economy rather than being disbursed far and wide.

Some of the produce comes directly from growers through aggregation agreements; some from third-party distributors; and some is even picked up by Memphis Schools trucks from a few farms without delivery capability.

When he was hired, Geraci made it one of his first tasks to connect with the local growing community to establish supply ties, much as he had done at Baltimore City Schools  five years ago.

Many of the area producers “were growing commodity crops,” says Geraci, who conviced them that growing fresh fruits and vegetables significantly increase the value of crops produced on that acreage.

Once in the central warehouse, the produce is washed and processed or used in bulk cooking. For example, the central facility prepares some 30,000 pre-portioned chef salads a day, all made with field greens grown nearby and harvested only a day or so before.

The farming angle is also pursued on school properties where a growing number include gardens. The biggest initiative in this area (again, reminiscent of Geraci’s Baltimore experience) is on a 48-acre piece of farm property purchased by the district and now used to grow produce and provide an educational resource for students.

Geraci hired three professional farmers to work and manage the site and work with kids who visit there. “These aren’t just farmers,” he says. “They are also trained, professional educators.”

Plenty more change is still in the district’s future. Memphis City Schools is slated to merge with the adjacent Shelby City Schools next summer. While organizational details are still not determined, “it will make this a $100 million business,” Geraci says, referring to what will become a combined nutrition services operation.