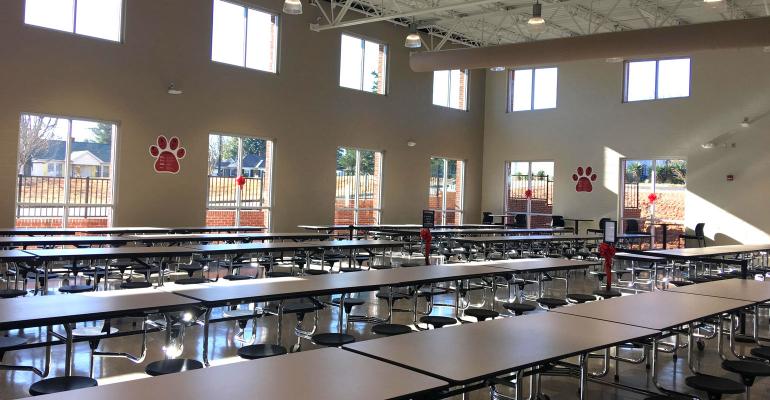 Replacing a cafeteria that hadn’t been updated since the mid-1970s, the new space is bigger and brighter, from kitchen to serving line and dining area.

Catawba County Schools’ Director of School Nutrition Services Valda Robinson calls the new cafeteria at Claremont Elementary “a true community effort.” And appropriately enough, a Thanksgiving meal was the very first thing served in the $2.3 million cafeteria. The school, north of Charlotte, N.C., has 438 students, and 70 percent of them participate in school lunch.

A third-grader cut the ribbon on opening day, and a sixth-grader was the first to receive a meal—turkey, green beans, potatoes and pie—having won the opportunity in a PTA silent auction. Parents and community leaders were also invited to see the new space, which replaces a decades-old cafeteria that will now be converted into classrooms.

Getting to this point took lots of planning and work with the district architects, Robinson says, recognizing obvious flaws in the old cafeteria, which was originally constructed in 1958 and then added onto in 1975. 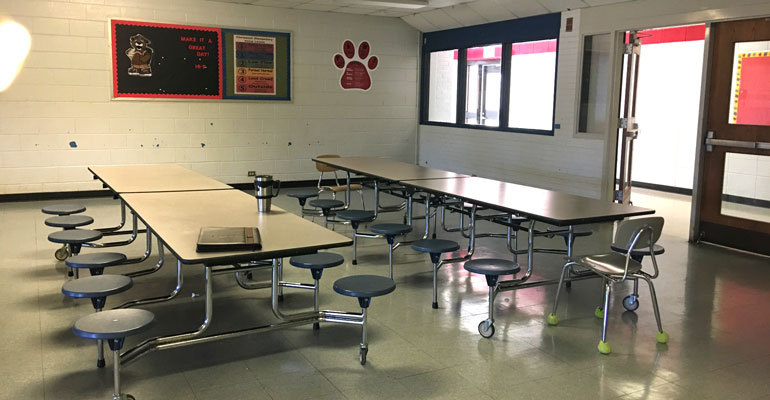 The old cafeteria, drop ceilings and all, hadn’t been updated since the mid-1970s.

“It was smaller, and there was limited capacity for equipment and even to update equipment,” she says, ticking off other issues. “It was built during an era when they didn’t build manager’s offices, so it was minus that; it had lower ceilings and employees had to walk outside to the get to the walk-in.”

The new walk-in cooler and freezer are thankfully now under the same roof as the kitchen, and the equipment is a giant leap: a tilt kettle, dish machine and a convection oven are all helping to make life easier for staff, some of whom had worked in the old kitchen for 16 years.

Robinson says the convection oven is a better choice for districts with hard water, versus a combi oven, because of maintenance problems that can occur because of the minerals in hard water building up. 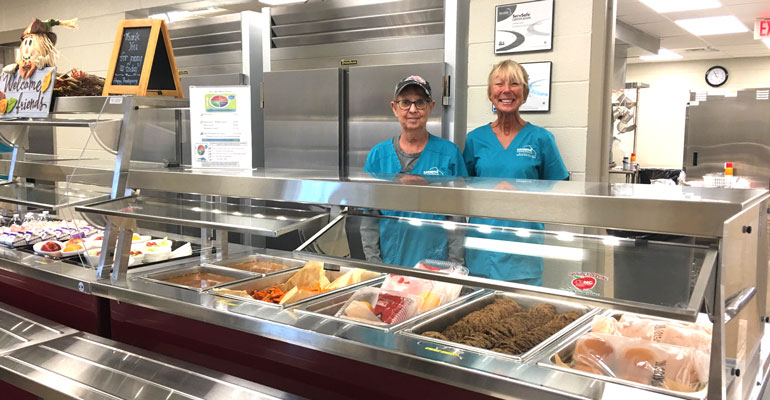 Some staff members had worked in the old cafeteria for 16 years, so saying goodbye was a little tough.

From the students’ perspective, the new cafeteria is just bigger and brighter. One of the first students to see it looked up at the new high ceilings and remarked, “This is like Walmart!” Robinson recalls.

Even with the big improvements, saying goodbye to the old cafeteria and all of its memories was bittersweet, Claremont Assistant Principal Jonathan Tharpe told the Hickory Record.