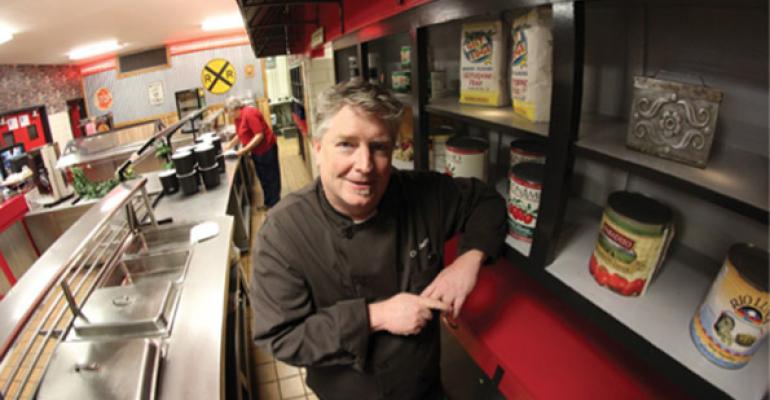 Denton is being honored for his 25-year career as a foodservice director. During his tenure, Denton has increased fruit and vegetable consumption by 60 percent. He accomplished this in large part due to his willingness to go into each school, spending time personally teaching students about nutrition.

Denton also created a “layers of flavor” concept to entice students to participate in the reimbursable meal program instead of purchasing items a la carte.

He has also exhibited financial prowess. When challenged with a district-directed increase in salaries and equipment improvement costs, Denton was able to not only meet those requirements but also started the year with a $750,000 surplus for the child nutrition department. Denton also opened two larger production kitchens and a smaller kitchen to centrally produce more than 6,000 meals each day.

Denton has served as the president of the School Nutrition Association of Oklahoma on four different terms, as well as the state legislative and public policy chair for many years. Denton also led the charge to hire a paid state lobbyist to champion child nutrition for Oklahoma.

The winners will be honored at the School Nutrition Association’s School Nutrition Industry Conference in January in Scottsdale, Ariz. The FAME awards are sponsored by Basic American Foods, Schwan’s Food Service Inc. and Tyson Foods. This is the 26th year the awards have been given.