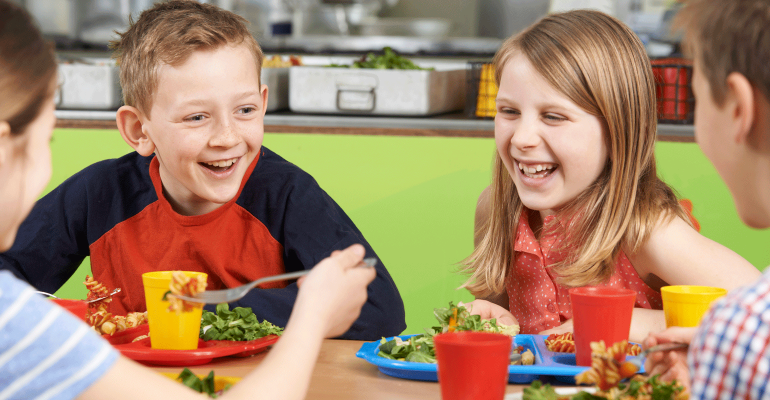 In what is increasingly becoming a larger issue, unpaid meal accounts and the policies districts put into place to take care of such debt is gaining attention—and not for the right reasons. New Mexico recently became the first state to enact a “school lunch shaming” law. The Hunger-Free Students’ Bill of Rights “directs schools to work with parents to pay their debts or sign up for federal meal assistance and puts an end to practices meant to embarrass children,” according to an article in The New York Times.

The trouble with this bill is its implication that schools are somehow “shaming” students who do not have money in their meal accounts. Many child nutrition departments struggle with unpaid meal accounts—sometimes racking up hundreds of thousands of dollars in debt. What many not in the industry do not understand is that child nutrition programs are federally funded and mandated programs through the USDA, which requires that those debts be paid off at the end of each school year. If child nutrition can’t get parents to pay up—many employ debt collectors to help out—the district, in many cases, is forced to fork over the money to cover the costs.

The other issue with these so-called shaming bills is that no child nutrition employee wants to see a child go hungry (one cafeteria worker in Ohio was fired in February for giving hungry students food for free). Districts enact policies to try to reduce the financial burden child nutrition departments have feeding students with no money in their accounts. In fact, the USDA recently mandated that all districts must have a policy addressing the issue, though it failed to set standards for how schools should treat such students. Many districts give out alternative meals, which some of these “shaming” bills would seem to outlaw.

New Mexico isn’t alone. A bill working its way through the California state legislature, the Child Hunger Prevention and Fair Treatment Act of 2017, would require schools to ensure students with unpaid meal accounts not be shamed or treated differently than any other students.

This is a complicated issue, and one that is not going to be easy to fix. But turning the problem around to suggest that child nutrition departments are willingly shaming hungry students is not the answer.

Both the New Mexico and California bills have one key word in common: hunger. That’s the issue we should be focusing on—how we feed the millions of hungry students in our country, many of whom live in economically disadvantaged homes. Programs like the Community Eligibility Provision are a great boon to this issue, but perhaps it’s finally time to take it a step further and provide universal free meals to all students. If people are truly serious about ending childhood hunger and ending so-called lunch “shaming,” feeding all kids for free would certainly accomplish those goals.