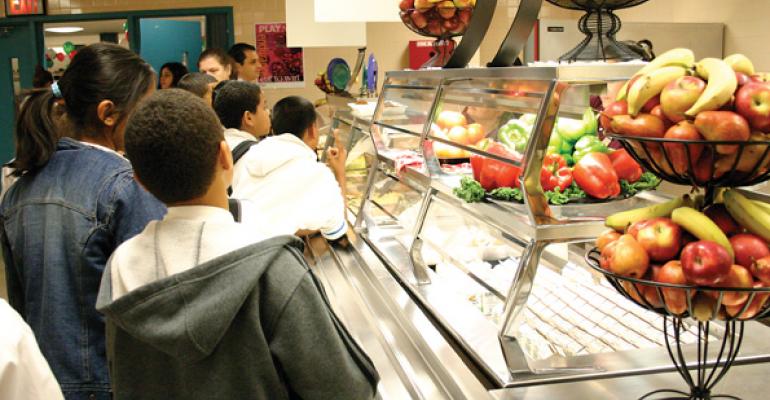 Developing strategies for addressing parental misperceptions about school food may be the biggest opportunity K-12 FSDs have to grow their programs and participation rates, says Datassential.

New research by menu and foodservice consulting firm Datassential underscores a large and persistent gap between what parents perceive is being served in schools and what is actually being served. Further, a large percentage of parents have little understanding of the 2010 Healthy, Hunger-Free Kids Act (HHFKA) or how much it has affected meal preparation, ingredients and menus in school cafeterias across the country.

These and other findings underscore both the challenge school FSDs face and the opportunity they have to change such perceptions as a strategy for achieving significant growth in school meal participation rates, Datassential says.

“A real irony is that even as operators are doing many things at the school level to promote better dining behaviors, parents largely receive information only about the menus themselves.  They are not aware of the widespread nutrion education initiatives that often take place,” says Datassential managing director Brian Darr.

“Fifty percent of parents were not aware of the basic requirements of HHFKA,” adds Jennifer Aranas, the analyst who conducted the study. “But if menus are the main communication vehicle and only show what is offered, but not why, parents don’t have the information to correctly interpret kids’ descriptions of how food tastes and how it was prepared.”

Aranas points to the disconnect between how often parents believe schools frequently fry and microwave food  and the very low frequency with which these techniques are actually used in today’s schools.

Because most parents indicated they do have access to menus, Aranas suggests that it would make sense for FSDs to expand these communication channel(s) to to better educate parents about food prep methods used, how menu items meet HHFKA requirements and about nutrition education activitiesthat are going on.

The report surveyed nearly 200 school foodservice operators and over 800 parents. 78 percent of those on the panel pay full price for school meals served to their children.