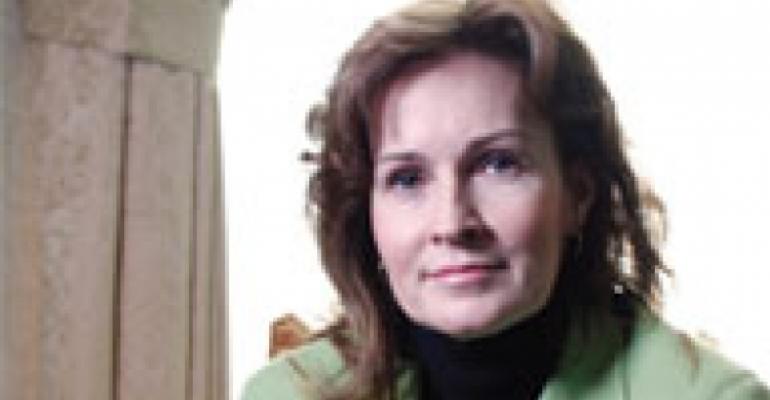 The K-12 segment is braced for a year of change. Congress, still struggling with economic stimulus and healthcare reform initiatives, will soon be turning their attention to a re-authorization of the Child Nutrition Act that expired last year.

In addition to the funding, agricultural subsidy and other components of the Act, they'll also be asked to re-think and perhaps expand USDA's ability to regulate food sales outside of school cafeteria environs, re-evaluate school meal reimbursement levels and adjudicate the many competing views on how school meal nutrition rules might be improved.

For some additional insight into these and other matters, we interviewed Cathy Schuchart, staff vice president of child nutrition and policy for the School Nutrition Association.

It seems there's no end to the number of issues facing school foodservice these days. What are the biggest challenges on the horizon?

“The top items on our agenda are to obtain an increase in the school meal reimbursement rate and to have Congress move toward a single, national, consistent set of nutrition guidelines for schools across the country.

“Beyond that, we'd also like to see USDA address some of the inequities that occur in the way indirect costs are assigned to school nutrition departments. Other initiatives relate to simplifying the free and reduced meal application process, eliminating the reduced price meal category and bringing USDA commodities to the breakfast meal program.”

What's the case for an increase in the school lunch meal reimbursement rate?

“That means school districts are increasingly raising school lunch prices charged to students for ‘paid’ meals in order to cover the difference. This tends to reduce participation by those paying students. With the implentation of new requirements, like those recommended recently by the Institute of Medicine, it's a problem that could grow much worse.”

Is there some connection between this issue and the indirect costs districts sometimes charge to school nutrition departments?

“School nutrition programs have to be self supporting. But in the difficult economic situation of recent years, it has not been uncommon for local school officials to dip into the school nutrition accounts when they see short term line item balances. We've found hundreds of examples of school nutrition departments paying for everything from administrative help in the principal's office to the expenses of monitoring a playground.

“School nutrition directors do not object to covering the utility and other costs of doing business in the cafeteria. But there are very legitimate questions about whether it is appropriate for them to pay for these other types of indirect expenses with money that, under the School Lunch Act, is supposed to be dedicated to providing school food.

“Since it's so hard to find new federal funding for these programs, we'd like Congress to give USDA the authority to define which school and indirect expenses can or cannot be paid for with school foodservice funds. This is something that might conceivably be addressed in re-authorization with the goal of making meal reimbursement dollars go further.”

There's a lot of confusion about the idea of having a single national school nutrition standard. Don't we already have one?

“The tighter, 2005 Dietary Guidelines for Americans were never officially implemented by USDA and many states and some larger districts moved on their own as a result. That has resulted in significant variances from program to program and increases the cost of school meals because manufacturers have to make multiple versions of the same product to meet the different standards.

“Also, as it stands now, food and beverages sold outside the cafeteria don't have to meet these nutritional guidelines and it seriously undermines nutrition education efforts. The Dietary Guidelines and the recent recommendations from the Institute of Medicine can provide a sound basis for a consistent, national standard that should apply to all food sold, including a la carte programs and anywhere else on a school's grounds.

“We think there is a strong likelihood Congress will be receptive to that idea this year. It should direct the USDA secretary to develop a process for reaching this goal while inviting all stakeholders to share their concerns.”

Why is SNA recommending the elimination of the ‘reduced price meal’ category?

“The parents of children who qualify for this category often still can't afford to buy lunch. Plus, many schools are being asked to charge many of these meals and later find it very difficult to collect for them. As greater numbers of families are coming to rely on free and reduced school meals, it makes more sense to simply expand the ‘free’ category to those families with incomes below 185 percent of the poverty level ($40,793 for a family of four).”

On the agricultural commodity front?

“Right now, there is no commodity support for school breakfast. We'd like to see Congress allocate ten cents a meal of commodity credit.”

Re-authorizing the Child Nutrition Act has a lot of competition on Congress' agenda right now. It's also a mid-term election year. How do you see the timetable developing?

“We think there should be a bill signed into law by the summer. We expect a lot of action in Washington on these issues between now and then and would like to encourage anyone with an interest in child nutrition issues to actively weigh in on the process. A very effective place to do so will be at SNA's Legislative Action Conference in Washington in March, where we will be meeting the members of Congress who have jurisdiction over these programs.”