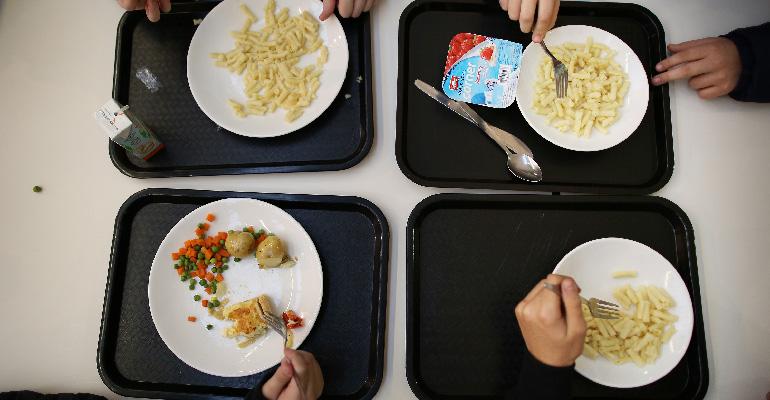 A new report from the Food Research & Action Center shows that 54 large school districts it surveyed dropped from over 100 million breakfasts and lunches served in October 2019 to just over 35 million in April 2020.

By October 2020, four (New York, Los Angeles, Clark County and Philadelphia) were still serving at least 700,000 fewer breakfasts and five (New York, Los Angeles, Clark County, Broward County and Philadelphia) were serving at least 1.5 million fewer lunches than in October 2019. Only Alexandria Public Schools in Virginia had an increase in breakfasts, and none were serving more lunches in that time span.

The surveyed districts took advantage of most of the waivers issued by the USDA to loosen school meal program requirements, with all 54 using the non-congregate feeding waiver that allows families to take meals home to eat rather than eating at the site and almost all used the parent/guardian meal pickup without the child being present waiver. Most also opted for the Seamless Summer Option and Summer Food Service Program, though two fewer were using this in October 2020 than in April 2020. Less popular though still adopted by a majority of the 54 districts were the Area Eligibility and Meal Pattern waivers.

In terms of distributing meals, while the number of sites offering school meals dropped dramatically between October 2019 and April 2020 (from over 8,800 to 2,706), some districts did take extra measures to reach children and their families beyond meal sites with 13 of the surveyed districts using existing bus routes to deliver meals to bus stops, 13 delivering to students’ homes and 10 providing adult meals.

By October 2020, those numbers receded to 11 surveyed districts using bus route delivery, 11 delivering to children’s homes and only four providing adult meals. However, the report notes that districts also continued to use other methods for meal distribution, such as grab and go at schools or school parking lots, designated bulk meal drop-offs, family dinner meals, weekend meals and delivery to remote sites.