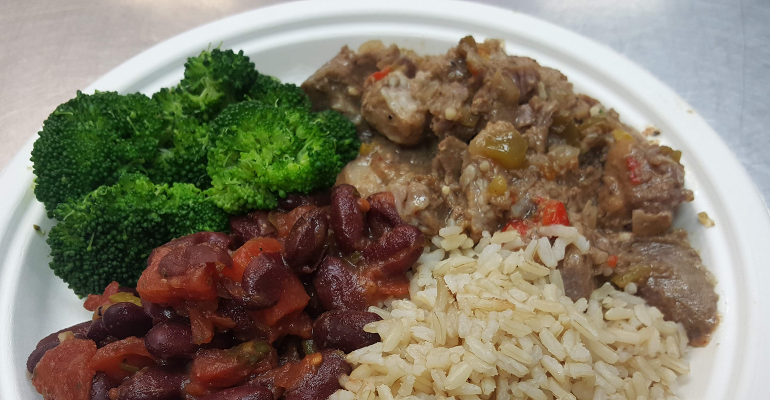 While Haitian Awareness Day brings pork griot and soup joumou to the cafeteria, students at Nansemond Suffolk Academy have forged a lasting connection with an orphanage and school in Haiti.

Nansemond Suffolk Academy (NSA), a private preK-12 school in Suffolk, Va., is more than 1,000 miles away from the Maison Fortune Orphanage (MFO) and Primary School in Hinche, Haiti, but the two schools have a special bond.

In 2002, NSA English department chair and coach Kollette Hillard formed the Haiti Awareness Club with a student, Joseph DiRenzo, who had done an Eagle Scout project coordinating a collection of items for a small orphanage in Haiti. DiRenzo and his mother traveled to MFO to deliver clothes, sheets and shoes.

“They were so touched by their experience, they established the Maison Fortune Orphanage Foundation to promote the awareness and needs of the orphanage,” says Hillard, who serves on the foundation board and visited the orphanage in 2002 and several times since. 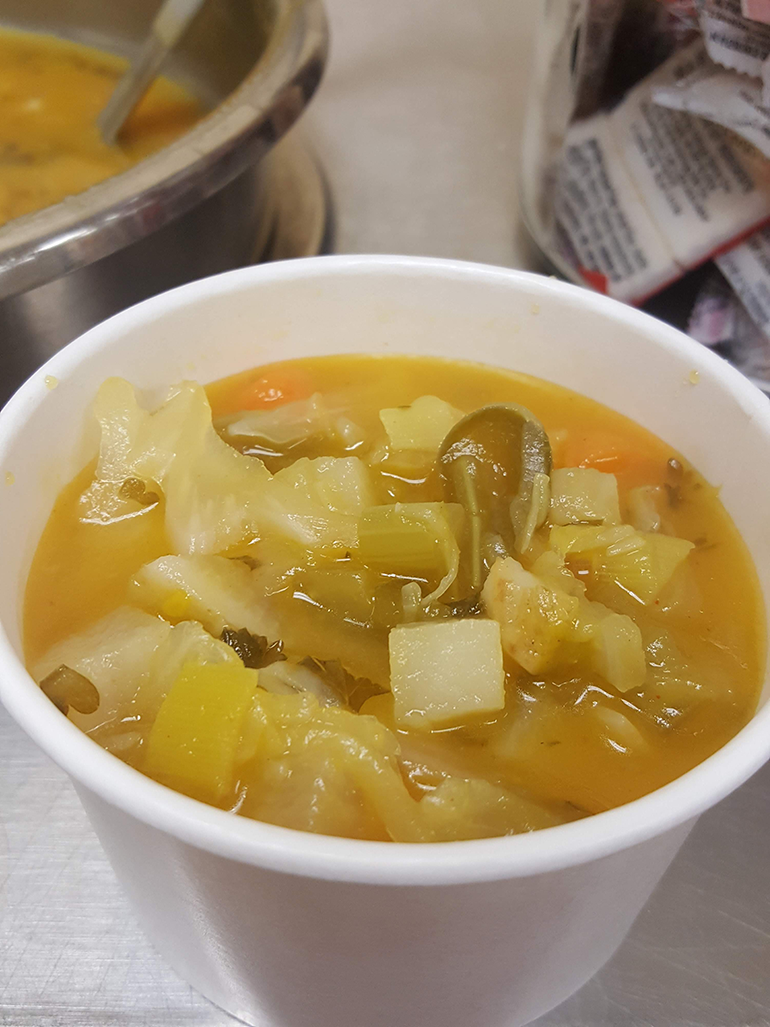 MFO has two campuses serving about 85 girls and 150 boys, as well as teaching neighborhood children attending the primary school. Some children come from dire situations on the streets, from homes with no resources to human trafficking situations. MFO works with the Haitian Social Welfare agency and becomes the legal guardian of a student once he or she is accepted into the school, which offers a safe, stable home and fresh meals every day (about 700 meals per day).

Bringing awareness back to the school has been on her mind since that first visit, Hillard says.

“When Joey and I started the Haiti Awareness Club, we didn’t think anyone would want to join, but it has been one of the longest-lasting and popular clubs at NSA,” Hillard says. 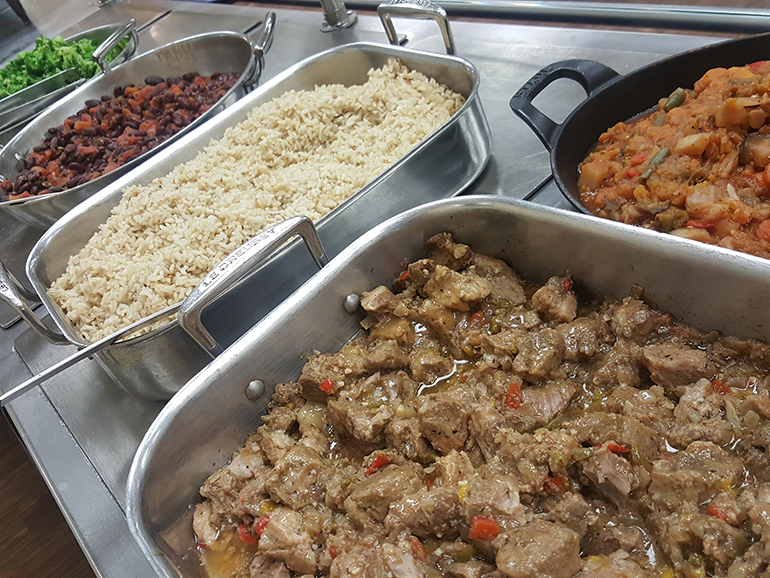 For the recent Haitian Awareness Day event at the school, Idalcy Fisher, director of dining services with Flik Independent School Dining at NSA, and the foodservice team prepared Haitian staples for the students: pork griot (citrus- and chili-marinated chunks of pork shoulder fried crisp), which was the most popular item, along with soup joumou, a savory pumpkin stew traditionally served in Haiti on Jan. 1, to celebrate Haiti’s liberation from France.

Fisher has found that sharing Haitian food with the students is an immediate way to expand awareness.

“I would describe the flavors of Haitian foods as very blended, reflecting their cultural background: Caribbean, French and American,” Fisher says. “You will experience a variety of spices and flavors such as parsley, garlic, onions, peppers, scallions, lime and orange juice that come together to make a perfect, delicious dish. When you eat Haitian food, be prepared to be transported to the island with their unique cuisine!”