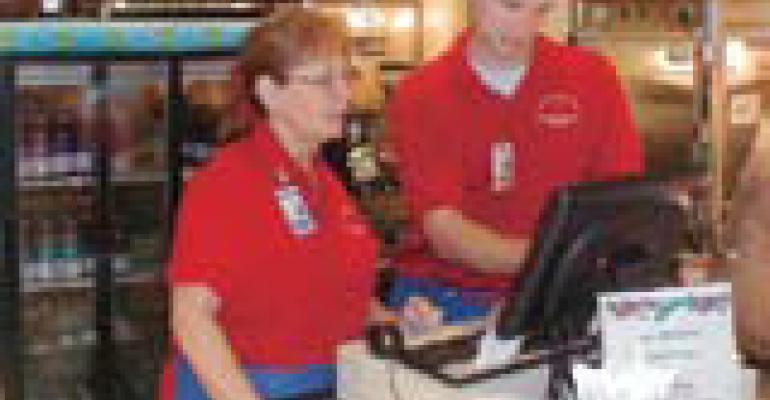 While many school districts accept dietetic interns to perform rotations within their food and nutrition programs, two have taken that a step further and actually run their own internship programs. They are Sarasota (FL) County Schools and Paradise Valley (AZ) Schools.

“I'm the director of the internship here,” says Beverly Girard, director of food & nutrition services at Sarasota Schools. That means she selects the interns from a national database of candidates who have completed their undergraduate degrees and met certain certification criteria, rather than having interns assigned to her, as in more traditional intership relationships.

Girard says the advantage is that she has the freedom to choose those who seem the most likely to flourish in a school nutrition environment, especially in administrative areas, which is a major focus of her program. “If someone is really interested in a clinical dietetic internship, there are a number of great ones out there,” Girard says. “We definitely are looking for people who have more of an interest in administrative careers, specifically in school nutrition.”

Once in the program, the interns get a 10-month immersion in school nutrition in all its facets. The program traditionally took two interns at a time but this year bumped it up to three. “Since we have more of an administrative dietetics emphasis, we are very vigilant about making sure that our interns have an exposure to every single facet of a school nutrition program,” Girard says. “Of course, they have to do their clinical rotations, but we really emphasize management, nutrition education and the other things that we actually do in a school operation.”

At Paradise Valley, the internship program is coming up on 15 years now. Started in 1994, it takes half a dozen students at a time for eight and a half month assignments.

“They have to meet all of the 47 core competencies that any dietetic internship does,” says Kathleen Glindmeier, director of nutrition & wellness, “so they have clinical rotations in the summer and the rest of the time they are in K-12 school districts or at the Department of Education or Department of Health.”

She says her program focuses on finding individuals with “critical thinking skills” and work experience of some kind (one was a bill collector and several were dental assistants). The real-world experience is important because Paradise Valley's program stresses fieldwork. “They operate as field supervisors,” Glindmeier says. “My interns spend about 75 percent of their time here in the field and about 25 percent in the classroom.”

Glindmeier says her goal is to help ensure a good future for child nutrition programs. “The bottom line is that there is a baton to be passed and there are not enough people behind us generationally.”