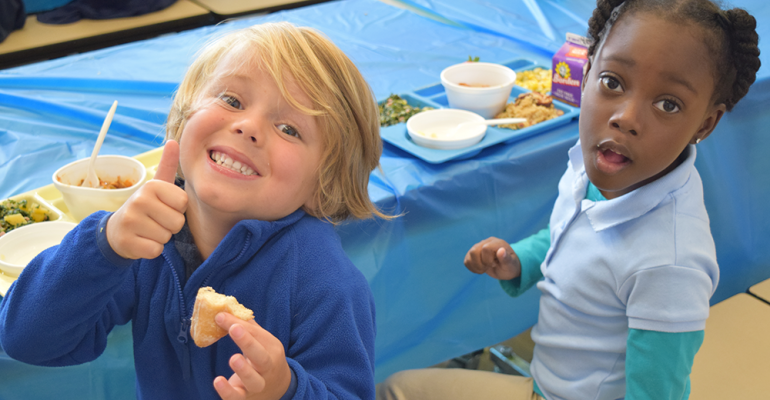 Program connects curriculum to the cafeteria with a menu full of history and flavor.

Gullah culture is “the heartbeat of Charleston and the Lowcountry,” says Joe Pettit, Charleston County (South Carolina) School District’s (CCSD) nutrition services field officer. Last month, Pettit and the foodservice team at CCSD invited Chef GioVanni Richardson, who is a Gullah griot (a tribal storyteller), into the kitchen to create a Gullah lunch for the students. Richardson, in addition to being a griot, is founder of A Taste of Gullah, a local catering/events/tours/oral history/arts company.

While the griot is essentially a link to the past, that same storyteller or historian can also provide a vital continuation of a culture that’s very much alive. One way to do that is through food. But before we eat, what exactly are we talking about when we say Gullah or Geechee? 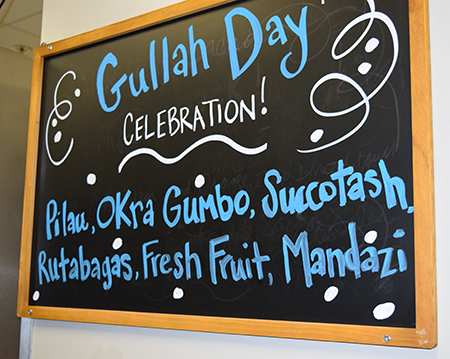 The Gullah/Geechee Nation is geographically located from the coast of North Carolina to the coast of Florida and comprises about a hundred islands. The Gullah people, descendants of both African slaves and indigenous Americans, share a common bond of the African Diaspora through the Caribbean into the American South. There is a Gullah language, which originally was interpreted (mistakenly) by linguists as “broken English,” when in fact it’s now considered a complete language with an underlying influence of languages from Africa.

Along with the language, historical recipes travelled the Diaspora as well. Pettit saw this collaboration with Richardson as a way to educate the CCSD students about the world around them.

“The vision came about two years ago while researching ways to tie in the local community to our schools,” Pettit says. “In years past, we’ve done similar things like farm-to-school initiatives where we’ve partnered with local farmers. The Gullah culture is part of the academic curriculum, so by connecting the curriculum to the cafeteria, we’re completing that circle for the students and allowing them to taste what they are studying.” 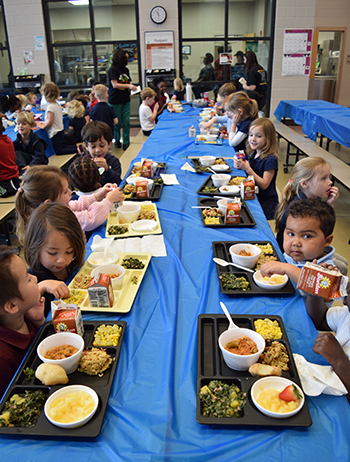 The recipes worked out so well, Richardson says she hopes to see some of the recipes incorporated into the regular menu as a way to raise students’ cultural consciousness.

“I want the students to have self-awareness and know who they are as a person so they can be open to their history, culture and language,” Richardson says.

Bringing food into the curriculum is a great way for younger students to learn, according to Ashley Henderson, cafeteria manager at the elementary school.

“Creating special menus is helpful for the little ones because of the sensory value of eating items from cultures that they’re learning about,” Henderson says. “It introduces the children to tastes and flavors that they have never experienced and it really brings their studies to life.”