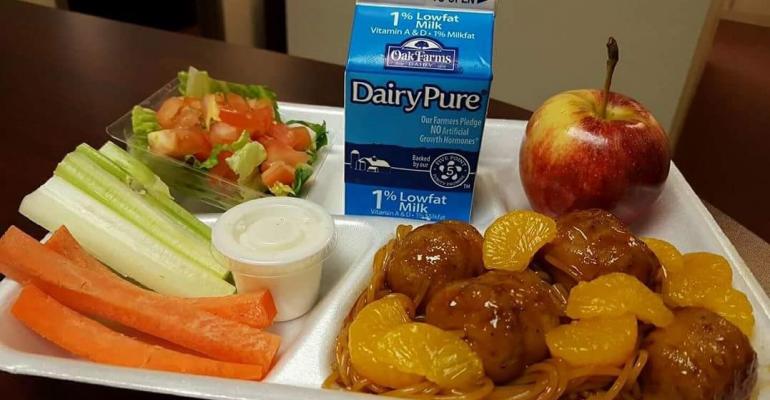 Monthly Fusion Food Days in the Eagle Mountain-Saginaw (EMS) Independent School District feature combinations of ingredients from different culinary traditions “fused” together to produce menu mashups such as spaghetti tacos, banh mi hot dogs, Asian spaghetti and Italian nachos. The special lunchtime events are featured across all grade levels in the district and generally are among the more popular choices on the day they are served.

Fusion Food Days are just one highlight of the creative menu program at EMS, which also includes a la carte bistros at the three district high schools.

The first Fusion Food creation, spaghetti tacos, ended up amassing some 22,000 servings since its debut three years ago, “and it worked its way from a one-time thing to our regular menu,” offers Aaron Wylie, director of child nutrition. 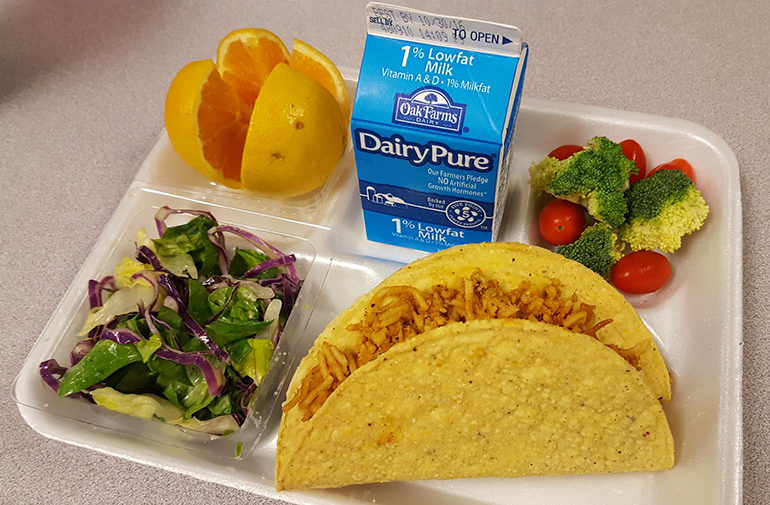 Spaghetti tacos, introduced as the first Fusion Food Day item three years ago, has since gone on to become part of the regular lunch cycle menu, with over 22,000 servings so far.

Related: Indian-Southern comfort food mashup wows at U of Chicago

“Kids nowadays have more complex palates and they like crazier things,” Wylie explains.

As for the origin of the idea, “I had been in a summer training workshop where Michael Craig of [software vendor] NutriSlice mentioned something about fusion foods and I liked it so much that when I came back I said, ‘We need to do this, so let’s start some fusion foods, let’s find some outside-the-box items’ kids may like,” he recalls.

Thus was born the spaghetti taco and was soon followed by the other mashups. Finding suitable recipes is a challenge, Wylie says, because sometimes adults have a hard time conceiving of unusual combinations that appeal to kids.

“Meghan [Martinson], our dietitian, will look online and find ideas, take examples for recipes, and then she’ll test them here in the office and try to find things that will work in the National School Lunch Program that we can serve,” he explains. 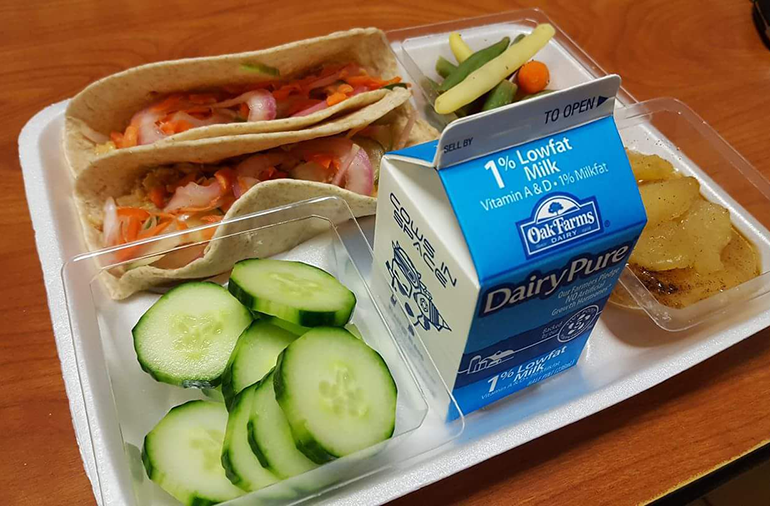 Each Fusion Food item fits a reimbursable meal offering and is put on the menu as a special on Fusion Food Day, which occurs once a month across the district. Not every one is successful, of course, Wylie admits, but “it’s fun to try different things with them.”

Still, of the four to six entrée choices available on a daily basis, the Fusion Food offering generally comes in as the No. 2 or three seller on the days it is served, Martinson says. To mitigate any negative impact that replacing a regular offering with the experimental Fusion Food offering may have, Wylie says he makes sure to also serve a proven favorite like chicken nuggets or pizza on the same day “so they still have option they like” even if they don’t like the Fusion Food.