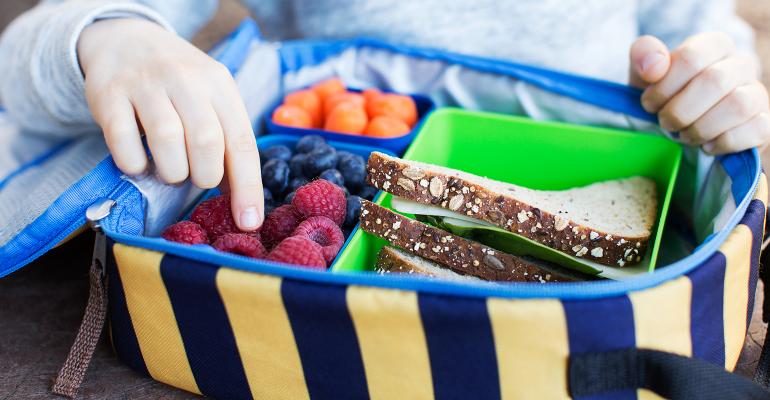 With all service personnel, including cooks and kitchen staff, out in a labor dispute, students have to depend on outside sources for meals.

Teachers and school service employees in all 55 county districts in West Virginia walked out on strike on Feb. 22 and have remained out at FM press time. The result for the state’s some 277,000 public K-12 students is the halting not only of instruction services but in-school foodservices, which can pose a severe hardship on those with limited family means.

The state’s foodservice directors are attempting to cope with the situation as best they can but with no staff on hand, direct efforts are impossible.

Fortunately, there was sufficient warning beforehand that a walkout might occur, so districts were able to prepare at least to some extent. In some districts, teachers packed meal bags for students before the walkout, according to a CNN report.

At Lewisburg County Schools, students were provided with beefed up supplies in the existing backpack program to help tide them over, says Supervisor Chris Derico. Similar backpack programs exist across many of the state’s other districts and were used to provide at least a start to helping students cope with the situation.

“We did a larger backpack on Wednesday [the day before the strike began] when the kids went home,” Derico says. “I also work with a community agency here in Lewis County called the Family Resource Network [FRN] for food pantries and the backpack program, and they are opening their doors to provide lunch and assistance to people who may need it.”

FRN has already been providing an escalating number of backpacks to students in the district. In the 2016-2017 school year, 260 students were signed up for the program, a number that swelled to 360 this year, says Deanna Palmer, executive director of Lewis County FRN. “That’s about 13 to 14 percent of the entire student population,” she adds.

Lewis County FRN also runs the largest food pantry in the county, serving about 700 individuals a month on average, and has been installing mini pantries in every school in the community.

The impending strike prompted quick action to set up an emergency stockpile of backpacks.

“Last Monday [three days before the strike was expected to start] we put out a call to the community [for volunteers] to come and pack snack packs, and these were given away to any student in the county who needed one when school was closed,” Palmer says.

The packs were given out once the strike commenced with no income verification required. About 150 of the 600 assembled were left as of Monday afternoon, the third day of the strike, Palmer says.

“If we get under 50, we have supply orders ready so we can pack more,” Palmer says, adding that FRN could handle the emergency for at least six more weeks, though she, like everyone else, hopes it won’t take nearly that long to settle the dispute. “But if it does, we’re prepared to meet whatever the need is in the community.”

The packs are being distributed from the main FRN pantry as the school pantries are shuttered along with the schools.

Derico says some churches that also work with the backpack program are also opening their doors and providing hot meals, as are some local restaurants.

One is Chunky’s Pizza in Clarksburg, which has been offering kids who come in between 11 a.m. and 3 p.m. a free meal of two slices of cheese or pepperoni pizza, chips, an apple and a drink. A pepperoni roll was added to the meal courtesy of nearby Tomorrow’s Bakery. On the second day of the strike, the restaurant served 50 to 60 of the meals, says Chunky’s staffer Sal Lopez.

“We advertise a lot on Facebook so word got spread out to a lot of people,” he explains.

The outside food providers will have to remain on duty as long as the strike lasts as in-school kitchens can’t reopen without staff and school buildings are expected to remain shuttered over the duration of the action.

No serving of school meals, of course, also means no revenue for the meal program, but at least there is expected to be no shortfall over the full year as West Virginia law requires school days canceled for any reason to be made up at the year’s end, Derico notes, “so we’ll be adding on some days at some point, probably at the end of our calendar in June, and obviously we’ll be feeding the kids then.”

The statewide strike occurred because in West Virginia the state sets salaries and benefits for all school districts and the unions representing the teachers and service personnel have not been able to come to terms with the legislature and the governor. At issue are a pay raise and the cost of health insurance.

Last week, the legislature passed and the governor signed a bill that would give a 4 percent raise over three years but that was deemed insufficient by the union and didn’t address the insurance issue. Teacher pay in West Virginia ranked 48th among the states in 2016 according to the National Education Association.