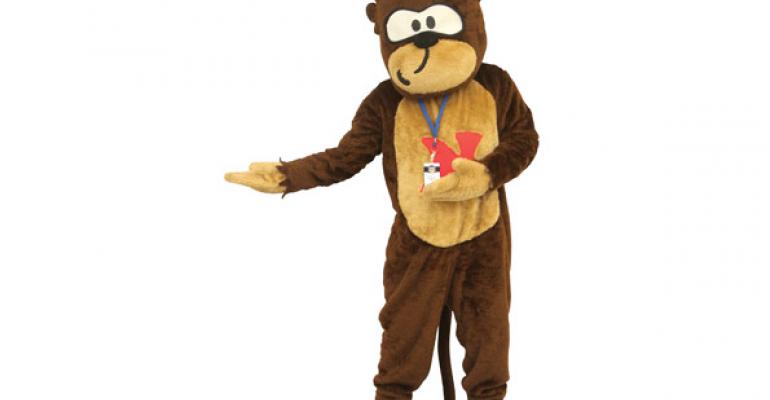 Northside (TX) ISD is one of the country’s 50 largest school districts. Encompassing part of the city of San Antonio and several surrounding communities, it serves over 110,000 meals a day and enjoys a robust cash sales program in its schools fueled by a strong branded profile.

That’s centered on the N-Zone Café name and attractive cafeterias modeled on commercial food courts. Lunch participation district-wide is over 85% despite a free/reduced percentage of just 54%.

But what is also emphasized is nutrition, not just in the composition of the meals but in selling the healthy eating message. An integral part of that message conveyance, at least at the primary school level, is Northside NIC (Nutrition Instructional Chimp).

The furry monkey character created in house makes appearances all over the district selling his message of healthy eating and exercise. He especially emphasizes eating more fresh fruits and veggies not just at school but also at home

Last year, NIC appeared before over12,000 students over the course of the year in his various in-person...er, chimp appearances. He proved so popular that the district is now rolling out a second NIC to accommodate all the requests.