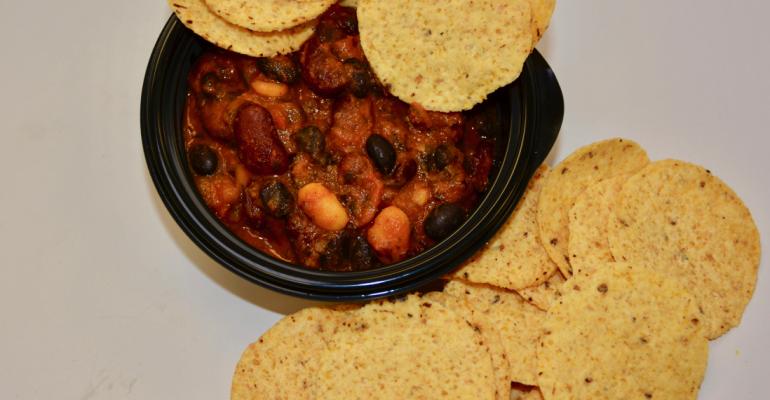 After a successful pilot program at seven schools, meatless tamales, chili, veggie burgers and more will show up in 35 more schools.

Vaughn said he plans to roll out the vegan option at 35 additional elementary, middle and high schools in the district starting in January. So far, five vegan menu items have been introduced, and five more are planned for a rotating menu of 10 total.

The numbers do look promising: Students chose a vegan lunch option on average 13 percent of the time, and on some days more than half the students chose a vegan lunch, according to Ivy Marx, the district’s senior nutrition specialist. One school even ran out of vegan options. Marx says it’s not just dedicated vegan students who are trying the new menu items; it’s a chance for omnivores to try something new as well. So far, the vegan tamale and the vegan teriyaki burger have been favorites, she adds.

At the beginning of the pilot, which gained traction with help from student and parent requests, Marx said the goal of the pilot was to execute plant-based recipes “that meet the requirements and that our students really like.”