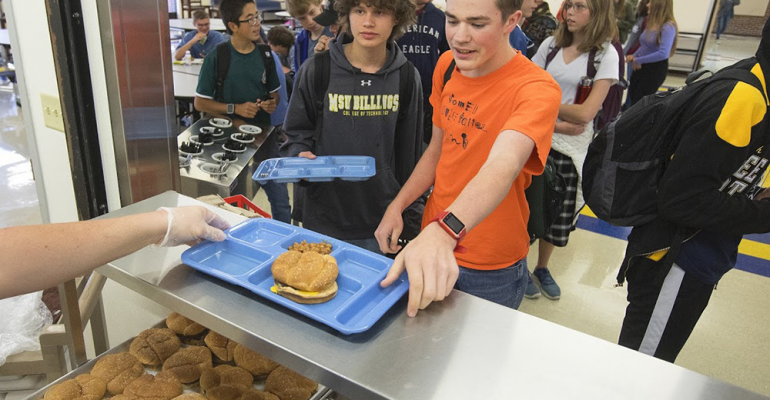 Cody School District in Wyoming now can menu burgers and hot dogs made from cattle raised nearby, thanks to a partnership with regional firm Wyoming Legacy Meats.

Like many school districts, Cody School District in Wyoming has been looking to get more locally produced ingredients into its school meal program without busting its budget. And that’s what led to a deal with Wyoming Legacy Meats (WLM), an area vendor that sells beef products made from cattle raised nearby.

“I had heard there was a USDA processor in our state, so I looked for them,” recalls Gen Sheets, nutrition services director for the district. “I found that they were being carried by one of our distributors, so I reached out and contacted them directly.”

WLM’s product line and certainly its pricing were out of line with what Sheets needed or could afford, but both areas were successfully negotiated to the satisfaction of both parties.

On the pricing end, the deal establishes a set price that remains in effect for the entire school year, giving the school meal program cost stability. 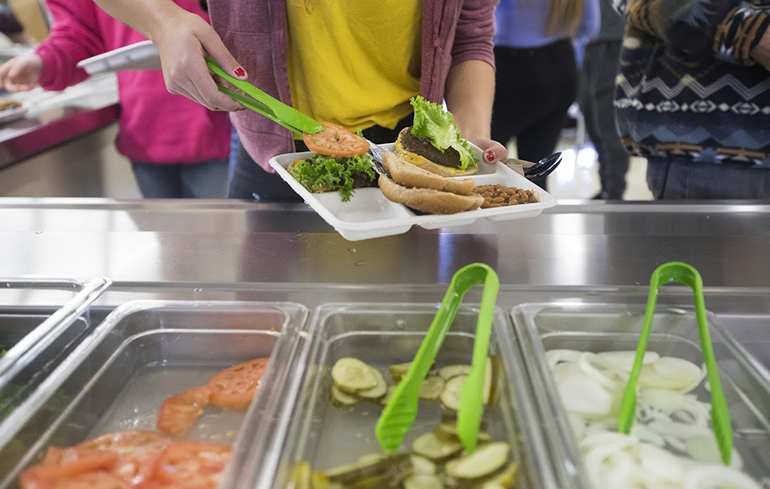 Previously, Sheets says she tried to secure USDA commodity beef when possible but sometimes had to resort to commercial vendors to supplement that source, so this arrangement, while somewhat pricier than normal, was acceptable.

“I went to our superintendent with the price difference and he was very open to it,” Sheets says. “It was good to have his support.”

The other area that had to be accommodated was product specs, as WLM did not market processed items suitable for a school meal program. Initially, the district only purchased bulk ground beef, which it used to make tacos, nachos and sloppy Joes, but this year, it is purchasing processed products like burger patties and hot dogs specially made to meet school meal program specifications.

“They only put out third- and half-pound burgers,” Sheets says, “so we got them to make a quarter-pound one that’s still pretty big for schools but usable. Also, they weren’t making hot dogs, only these big brats, but they were able to tool them down to eighth-pound hot dogs we could use.”

Cody Schools now serves the burgers and hot dogs from WLM as part of its six-week cycle menu at all six district schools where there is an onsite meal program. The district, which has an enrollment of around 2,000, operates from a central kitchen so the menu is uniform at all sites each day.

Have the local products made an impact? Sheets says any effect on participation is difficult to gauge as hot dog and burger days are traditionally among the most popular on the menu cycle.

As for knowing about the product’s source, she says older students have some awareness that they are eating beef that supports the local economy, while some of the younger children are alerted by their parents.

In addition to the beef from WLM, the Cody district also tries to support area farmers by purchasing crops like onions, carrots and potatoes that are grown locally.