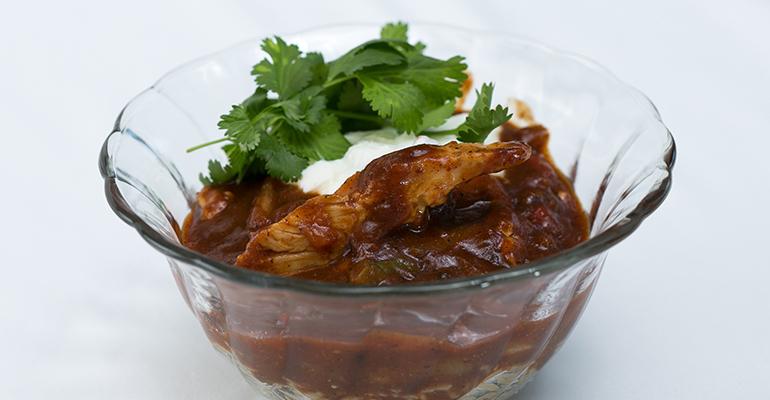 Indian food has been poised for popularity on American taste buds for quite some time. And the younger generations are most likely to make it happen, according to research from Datassential. Compared to 11 percent of baby boomers, 20 percent of millennials and 25 percent of Gen Z are interested in Indian cuisine.

The perceived spiciness factor and overall unfamiliarity have been stumbling blocks, but at Wayzata High School in Plymouth, Minn., the first time chicken tikka masala was offered in February, it was very well received, selling 250 units.

The dish came from a K-12 Kitchen Collaborative event between Wayzata’s culinary team and the Schwan’s Chef Collective, a group of restaurant chefs who share their expertise with the manufacturer and develop recipes for schools.

Many students have had some experience with Indian food, thanks to a good number of Indian restaurants in the area, Anderson says.

Production of the dish is simple, and uses a premade, low-sodium sauce.

“Creative ways to expand the uses of sauce in recipes that have the potential to drive participation” was a key takeaway from working with the Chef Collective, Anderson says.

The Wayzata cooks add apricots and raisins to the sauce, and it’s served with rice. A spinach salad with cumin dressing is the perfect side dish.

Getting students to try new foods is a process that Mary boils down to: “development, sampling, feedback, and market, market, market!”

The school foodservice team at Wayzata is looking to expand more global street foods in the new school year, and started offering a sweet and sour legume salad in the Expressway grab-and-go area earlier this year.