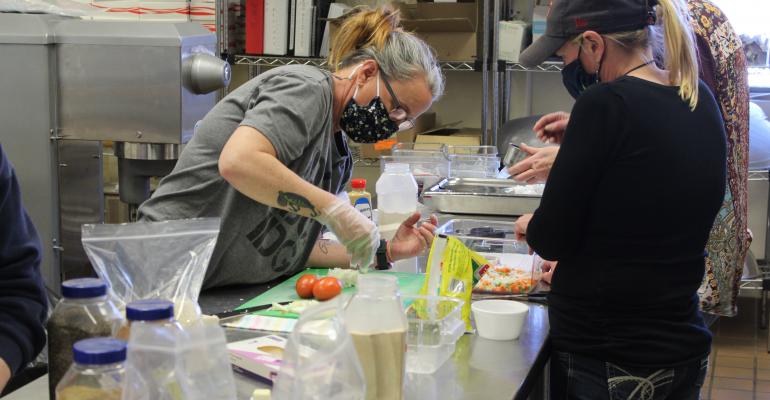 Westbrook School District is working with consultant chef Samantha Cowens-Gasbarro to create culturally appropriate recipes that will appeal to both immigrant and native students.

The Westbrook School District in Maine recently won a $26,000 No Kid Hungry grant that must be used both to fund remote school lunch meals during the pandemic and also to promote cultural diversity in the food it serves. That’s perfectly fine with Mary Emerson, school nutrition director for the district, because she has wanted to diversify her menus to better appeal to an increasingly multi-cultural student body which has up to a quarter of the total enrollment being from immigrant families, especially the Middle East and Africa, while also adding some more attractive choices for native-born students.

To that end, the district hired consultant chef Samantha Cowens-Gasbarro, who has worked with schools on a national level to create healthier but still kid-friendly—and economical—school lunch menus, to develop culturally based recipes that meet school nutrition guidelines, and train staff to make them.

Progress has been slow but steady, and a recent disaster ironically gave the program an avenue to do some testing with a small but representative population.

“Our high school had a fire on July 25 in an art room, and the sprinklers did a lot of water damage, so the school is on all-remote learning now,” Emerson explains. “We have 57 students out of the 650-700 we normally have who we are feeding at the community center, and we are using them to sample some of the things we are making.” 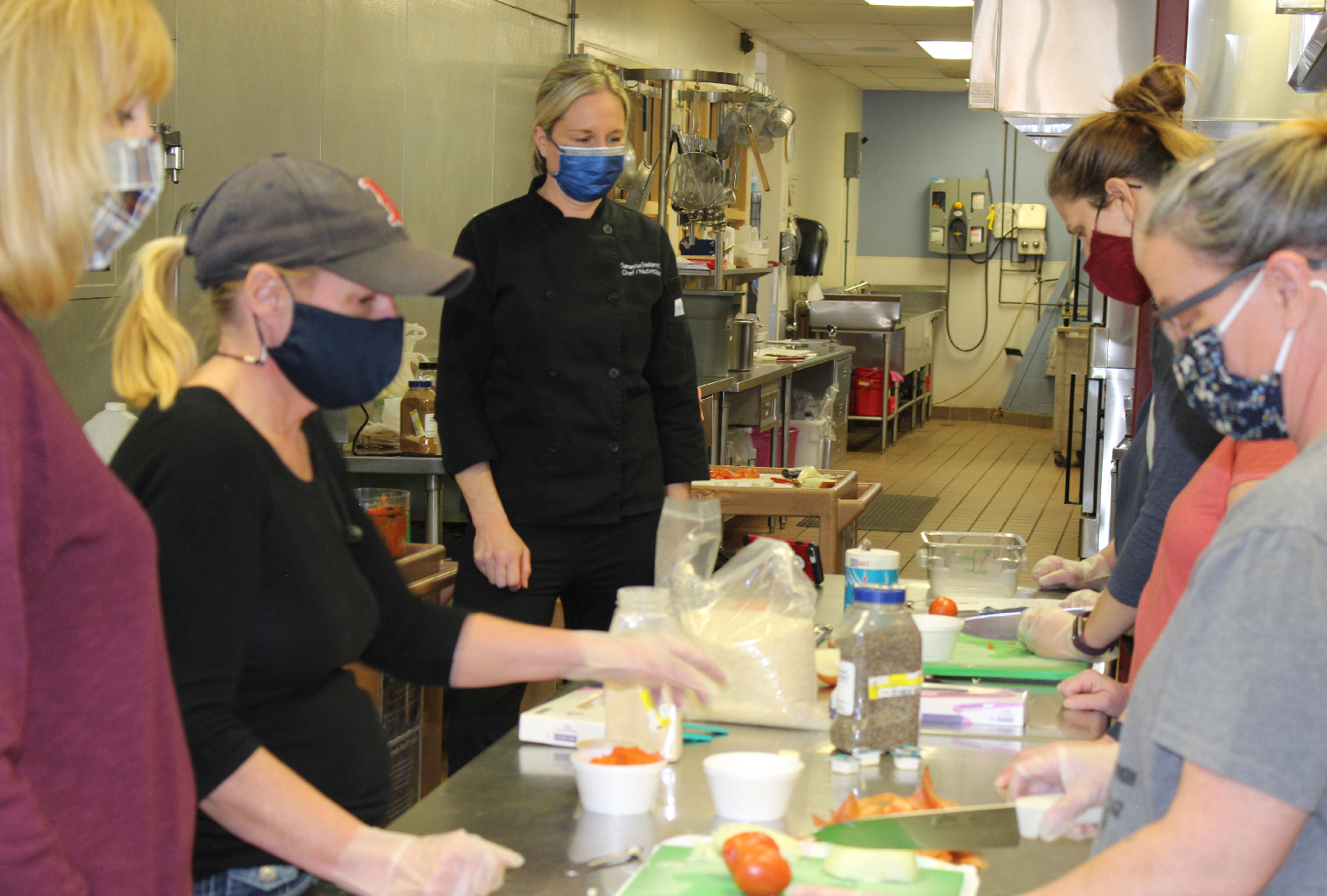 Early efforts have concentrated on developing and producing rice-based dishes.

“We focused on that because rice is such a staple food in so many cultures, and I also wanted to incorporate some of the Plant Forward principles that focus on more ethnic choices using fresh vegetables and whole grains,” Emerson says. Plant Forward Kitchen is an initiative of the Culinary Institute of America that seeks to promote healthful, sustainable, culturally diverse dining.

Early successes along these lines have included a yellow rice made with turmeric that serves as a base for several dishes, and a Middle Eastern one called Timman Jizar that is rice cooked with carrots, tomato and cinnamon.

The program has also had some area chefs in to give lessons and these have produced some interesting insights, Emerson offers. For example, “one of the things we’ve always done is that if you are going to serve something pureed, cook everything first and then you take your immersion blender and puree it. But this chef [Khadija Ahmed, who owns a local African-themed specialty grocery] put everything into the blender first, layering the softest things on the bottom, and then pureed it all while it’s raw, then cooked it, which she says gives it a more even cooking.” 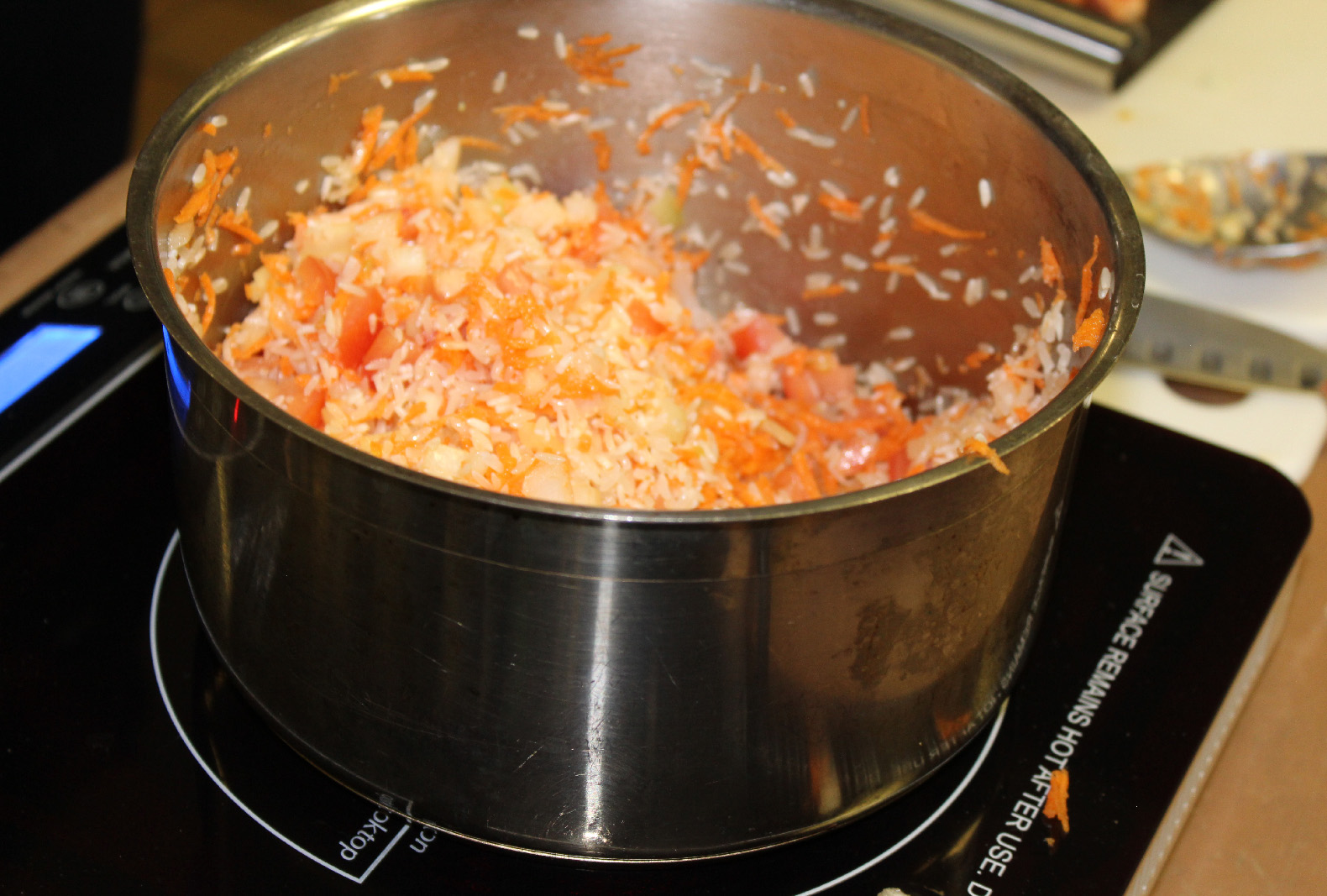 A rice dish made with carrots, tomato and cinnamon has been an early hit with students at Westbrook Schools.

Another lesson Ahmed offered about African cuisine involved fufu, which is made from flour and water and which kids use to scoop up stews and various purees with their hands.

Emerson hopes the high school will be ready to receive in-person students again by early December, and that it would also be able to return to some form of traditional meal service. Last year, the program was confined to boxed meals because restrictions forced time-constrained meal periods on students, so service had to be quick and safe.

“We’re hoping that this year we can actually use our servery and our serving stations, so we can start our cycle menu with some of these [ethnic} dishes,” Emerson says. She says the schedule will probably begin with a monthly addition to the menu and perhaps expand from there based on response.

That’s at the high school. The middle school has to remain with boxed meals because some of its cafeteria space has been converted to classrooms, “so I don’t anticipate starting there until next year,” she says.

The elementary schools may get some of the ethnic dishes down the line as well but right now each day’s regular menu is supplemented with a second typically vegetarian bento meal choice such as hummus with vegetables.

“It’s been a slow progression [introducing the new ethnic dishes], but I really feel I’m getting there,” Emerson says. “I want to make sure we do it right, so I didn’t want to go too fast.”