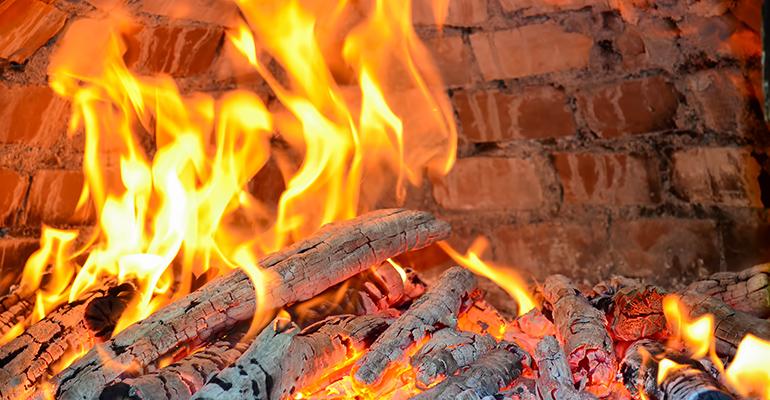 More than great baked goods, this piece of equipment fires up responsibility, community, home and hearth.

The Putney School, a progressive boarding school in Putney Vermont, was founded in 1936 on a working dairy farm. Today, the progressive approach to education combined with agriculture and community continues. At the center is a wood-fired oven that serves as the hearth and heart of the dining program, which is managed by Aladdin, part of Elior North America.

At this unique school, you might find a high school student chopping wood for the oven in freezing temps or another student on morning fire-stoking duty before the sun rises. And these are sought-after jobs! The school’s view of working for the good of the community has been formed in this fire.

Progressive education, Marty Brennan-Sawyer, executive chef and foodservice director, explains, is “a more holistic approach to educating our children. Our director would tell you that what we’re trying to do is produce good citizens: Young people who have knowledge—academic and artistic—but have a sense of responsibility to the community around them.”

About 90 student-employees keep the kitchen running every day as part of an experiential learning program that’s part of the curriculum and overseen by a full-time faculty member and a team of mid-level student managers. Each student is assigned a job in eight-week cycles, including the job of 6:30 a.m. fire stoker.

“They are building a fire every morning and if you’re going to stand outside chopping wood, you’ll learn self-sufficiency,” Brennan-Sawyer says. “In this case, chopping wood means a lot more than chopping wood. There’s a long list of students who want to do it.”

And required jobs like dishwasher mean something more as well.

“Very few of these students will turn out to be dishwashers, but they’re learning how to come to work on time, how to call in sick, how to sustain your effort, complete an assigned task cooperatively in a timely matter. Those are the skills and knowledge base we hope becomes ingrained in them,” Brennan-Sawyer says. “Here, they’re doing the dishes, and then they’ll go onto their college dorm, their business, their local government or their church and this gives them the capability to be resourceful, so they’ll be much better off later in life.” 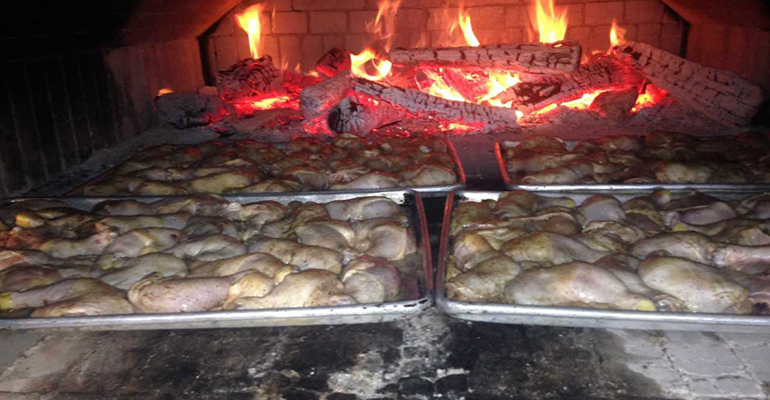 The alchemy of baking bread mixes with the primal magic of fire, creating a learning experience that’s forged in fire.

Brennan-Sawyer proudly tells the story of a student manager who was in charge of the breakfast crew and went to extraordinary measures to get the job done.

The student workers, along with six full-time staffers, feed about 230 people every day in the main dining hall with no staggered eating times and a limited menu. This, Brennan-Sawyer says, is by design.

“It’s intentional,” he says. “Part of it is physical; we don’t have room for lots of stations or choices but more importantly, we all eat together and we all eat the same things. Again, that’s intentional. We create a common eating experience to reinforce the nature of ‘We’re all in this together.’”

The wood-fired oven, a gift from a generous alum a few years ago “makes sense here, because we have the ability to use our own wood [through the school’s forestry program] and our efforts to produce food that’s crafted and doesn’t come off the truck,” Brennan-Sawyer says. “This is a place where you work with your hands and imagination.”

The oven immediately looked like it had been there for many years, Brennan-Sawyer says. “It felt timeless the day we built it. It’s like we’ve always had it and as a marker of our values, it’s just a physical object that’s an expression of that.” 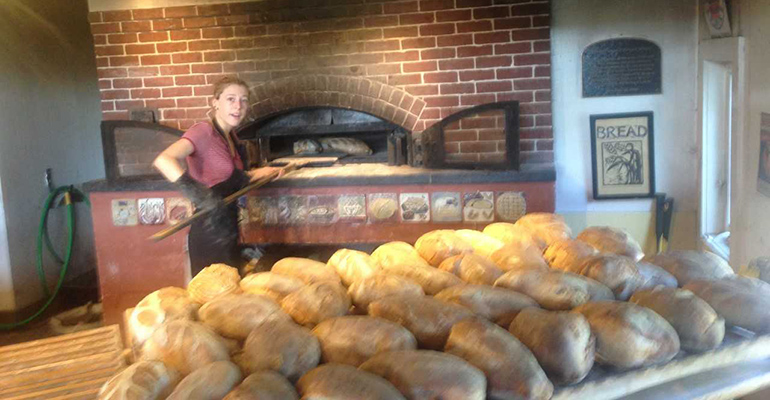 About 300 to 450 pounds of bread products are produced weekly, making the Putney School self-sufficient in baked goods.

While the fire stoker prepares the oven for the day each morning, another student arrives around the same time to assist the full-time baker with morning baked items like muffins, scones and quick breads like zucchini bread, coffee cake and pumpkin bread.

About 300 to 450 pounds of bread products are produced weekly, making the school self-sufficient in baked goods. The breakfast items are served during what’s called the “milk lunch,” a mid-morning communal snack around 10 a.m. that gives students and teachers the chance to get fresh-out-the-fire baked goods while engaging in conversation. With an eye on sustainability, the residual heat is used for sweet baking like cakes, pies and fruit crisps.

And as fall turns into winter, the wood-fired oven area becomes a primal gathering spot, with flames shooting up through the chimney, “everyone is drawn to it; it’s intuitive especially on dark and cold days,” Brennan-Sawyer says.

“Everyone is fascinated by it,” Brennan-Sawyer says of the oven, especially the complex science/magic of bread-baking. “The process of crafting the food that we cook in there. It’s not linear…there’s a certain amorphic quality that requires intuition, patience and living organisms.”

That last comparison reminds Brennan-Sawyer of something.

“As we do natural leavening and slow-yeasted starters that require attention,” he says, “something that’s alive that you have to nurture…kind of like high school students.”