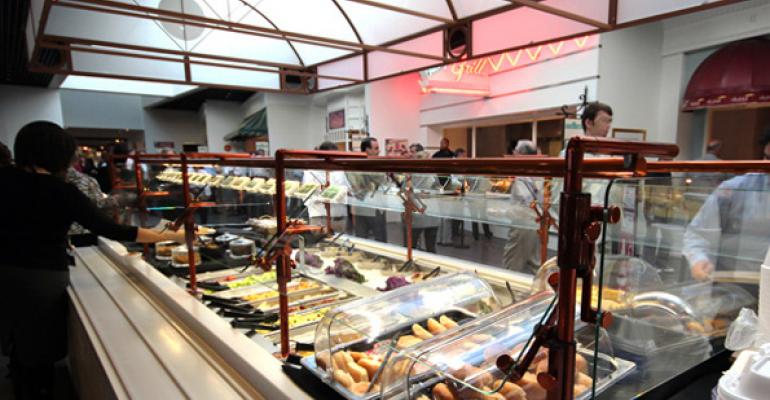 Each year, there's a certain jockeying for position among the management companies in FM's Top 50. Here's a quick analysis of what's changed—and what hasn't— since last year.

FM’s annual catalog of the largest players in the onsite foodservice industry published its 2013 edition earlier this year, with five new additions. Four of the five that dropped from the 2012 list were at its bottom and were displaced; the fifth was acquired by another company. All five of first-timers are new to our listings.

Regular FM readers will note that this year 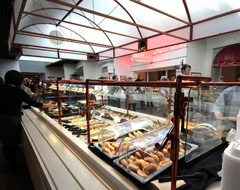 we moved our publication date up in the year, from September (when it had appeared annually) to March. That allows us to reflect the latest FY numbers of most of the firms in a more timely fashion. However, fiscal year reporting isn't uniform and that also means revenue numbers for a few companies have been republished from last September, while others whose fiscal years ended more recently have new revenue numbers here. That factor hampers  a direct comparison of the 2012 and 2013 reports, but by next March we will be back on a comparable tracking.
In this highly stratified sector, all three of the largest national contractors posted significant gains, led by No. 3 Sodexo’s ten percent revenue rise.  No. 1 Compass Group was up eight percent and No. 2 Aramark was up four percent.
The biggest percentage gain overall was by No. 49 HHS Culinary Solutions, a recent startup foodservice division of a company that formerly specialized in nonfood services. HHS' foodservice revenue grew by nearly 450% in one year, moving it into the Top 50 for the first time. No. 7 Trusthouse Services grew over 360% thanks largely to its acquisition the previous year of Valley Services.
Other significant gainers included No. 41 Sterling Spoon Culinary Management (+54%), No. 9 Healthcare Services Group (+45%), No. 17 Unidine (+29%), No. 19 Metz Culinary Management (+24%), No. 24 Southwest Foodservice Excellence (+23%) and No. 16 CulinArt (+20%).
Of the major segments, B&I remains the most “popular” line of business among the Top 50, with 33 of the 50 companies reporting at least 5% of their revenues come from it. By contrast, 25 said the same about K-12, 24 about healthcare, 23 about higher education and 16 about recreation.
Sixteen of the 2013 Top 50 companies are single segment specialists. Of these, five operate in healthcare, five in K-12, three in B&I, two in sports/recreation and one in military.
Putting those last two observations together, it seems clear that Top 50 companies consider B&I to be a valuable part of an overall client portfolio but few want to put all their eggs into that basket. By contrast, there is less reluctance to rely exclusively on institutional segments like healthcare and K-12 schools.
Curiously, there are no college-only contractors in the Top 50. In fact, of the 23 companies with substantial college business, 22 also operate substantially in at least two other segments. The one partial exception is #44 Epicurean Group, which does most of its business among college accounts but still generates about a tenth of its revenues from B&I.
Of the 40 companies that provided information about their business mix, 32 listed “dining operations” (i.e., management of manual foodservice operations) as their primary service (in two cases, it was tied with another service).
Of the other eight, three listed concessions as primary, two each listed vending as  and “other services” as primary, and one listed “commercial restaurants” as primary. To be considered for FM's listing, a management company must receive a significant portion of its revenue from manual foodservice operations, even if these are not its primary focus.
Looking closer at the 32 companies listing “dining operations” as their primary service, it on average represented 77% of their revenues. For half of them it was at least 80%. Only two reported that “dining operations” were their only service. Most reported providing other services with catering being the most prevalent secondary offering.
TAGS: News & Trends
0 comments
Hide comments
Recommended Reading