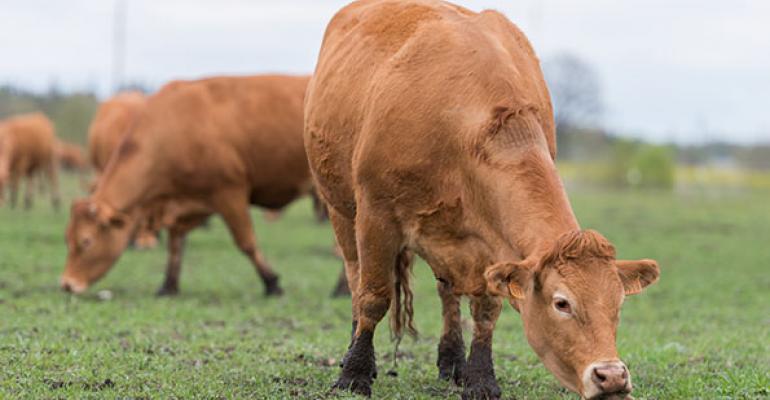 5 Things: Can meat really be sustainable and DC Schools tells management company it must stay

This and more are the things you missed for the week of July 20.

1.    Employee claims she was wrongly fired
Lezlie Sumpter claims she was wrongly fired from her position as a manager at the University of North Carolina’s Alpine Bagel Café. Sumpter believes that her firing was because as a manager she receives a higher salary than other workers and the café’s business was slowing in the summer. Dining services declined to comment on the employee issue, according to an article in the Daily Tarheel. This isn’t the first time Sumpter has been fired from her foodservice position at UNC. “In 2004, Sumpter was fired from a job with Aramark, UNC’s food service provider, for disobeying a confidentiality order after she filed a complaint against her supervisor, according to her 2004 letter of termination,” the article states.

2.    DC schools tells vendor it has to stay
Shortly after Chartwells-Thompson Hospitality told DC Public Schools it would no longer be the district’s foodservice provider, lawyers for the district fired back saying the management company legally had to stay for the upcoming school year. A letter from the district’s general counsel cited language that “permits the school system to extend the contract for four one-year periods, so long as it gives the vendor enough notice and the vendor accepts the offer — conditions that [legal counsel] said were met,” according to an article in the Washington Post.

3. Hospital serves food-allergic patient wrong meal five times
Following a report last month that said hospitals in Pennsylvania were endangering patients by serving patients with food allergies those items they were allergic to, a woman in Australia with life-endangering allergies to gluten and celery was served the wrong meal five times during a 12-day hospital stay. The patient said she was served gluten-containing meals even after the catering manager spoke with her and made a trip to the store to buy gluten-free items.

4.    Can meat be sustainable?
An article in Grist takes a look at whether meat can be eco-friendly or not. In the article the author takes a deep dive into the scientific facts of what it takes to produce that chicken breast or burger, from the feed it takes for the animal to waste and by-products of meat products. It’s a pretty interesting, and complex, read. What was the author’s answer? Yes, in moderation. One researcher said the optimum amount of meat each person should eat to be sustainable is between 33 and 66 pounds per year.

5.    Bill would allow districts to stop paid equity clause
One part of the Healthy, Hungry-Free Kids Act said schools had to raise the amount they charged paid students to close the gap between what a paid student pays for a meal compared to the difference between federal reimbursements for free meals and paid meals. Many districts have complained that they don’t need to increase paid meal prices as the department is already financially stable. They say increasing prices hurts participation. A bill, introduced by Sen. Jim Inhofe from Oklahoma, would allow those districts that are financially stable to not comply with the paid meal equity clause.