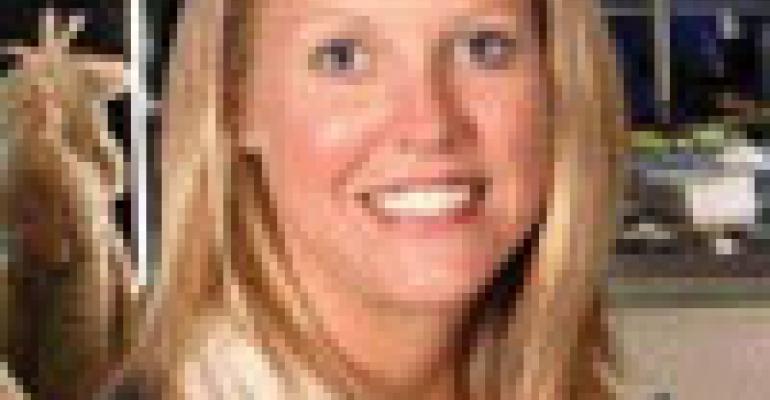 Demonstrating the Value of one-Piece-Flow

When the Nutritional Services Department at Florida Hospital implemented "lean manufacturing" techniques to identify cost and spacesaving solutions in 2005, the effort helped its administration avoid more than $9 million in capital costs and reduce annual labor costs by nearly $350,000 (see cover story in the August, 2006 FM).

Along with achieving such dramatic results, the lean manufacturing project had many significant implications for our entire foodservice operation.

In particular, production systems were completely re-engineered using the concept of "one-piece-flow assembly" instead of batch production. This challenged some of the most accepted production practices in foodservice but offered considerable benefits.

Here's a typical example. In a conventional environment, 50 chef salads are portioned in a "batching" manner, with 50 bowls laid out on large production tables. In the next step, lettuce is added to each bowl. After the lettuce has been placed and put away, turkey is added, followed by egg and then cheese.

Each item is added to the finished product one "batch" at a time and it is only after all 50 chef salads have been built that they are covered, labeled and sent to a cooler. Although this process is effective, it leads to larger space usage, a lower quality product and increased assembly time requirements.

In comparison, one-piece-flow processing involves finishing one "piece" before beginning another.

In one-piece production, a cold deck is used to store all the ingredients needed to complete a salad. Beginning with a single bowl, the assembler proceeds to add lettuce, then the turkey, egg and cheese. This "piece" is then handed off to a second employee who covers, labels and places it on a cart while the assembler works on the next piece. This is repeated until the 50 chef salads are complete.

Does that sound time-consuming and labor intensive to you? It did to the Florida Hospital's Nutritional Services team as well! For most, the common sense answer was a skeptical "I'll believe it when I see it."

To make the case, our consultants set up what we came to call the "Envelope Game" to demonstrate to staff the efficiencies one-piece flow assembly would bring. Half the class addressed, stamped and stuffed 20 envelopes in a batching fashion while the remainder used the one-piece-flow model to accomplish the same task. Each side competed to see which would finish first. Our group was surprised to find that the one-piece-flow team won every time.

To further make the point, the group switched to an ice cream sundae production assignment. In that exercise, orders were custombuilt based on topping combinations chosen by peers. Once again, one-piece flow was clearly a more efficient production model.

When we originally implemented this model, our pilot lean manufacturing operations were applied only to the production of sandwiches and salads. It proved so successful that today all of our production uses this technique.

Before implementation, Florida Hospital's Food Production Center used eight operators in an eight-hour shift to fill its cold production orders. With a daily demand at 1,350 items per day, each operator was averaging fewer than 170 units. In addition, they used 750 square feet of prime real estate to complete the task. When the hospital needed to increase production capacity, it at first seemed we'd have to add FTE's and square footage.

However, by adopting the onepiece-flow model, we increased measured productivity and eliminated the need for large production tables, cutting square footage needs by half. We now produce 1,630 pieces per day using three cold production operators and have the ability to increase capacity if necessary. Each FTE averages 543 units per day.

Further, the changeover time required to move to a new item is reduced because we now stock all the ingredients needed to produce sandwiches, salads, wraps and subs in two cold decks. Staff can switch from "turkey sandwich on wheat" to "chicken Caesar wrap" on the fly. As each order is completed, it is put away in a cooler; with unrefrigerated "standing time" reduced to a minimum, a higher quality product is produced.

Florida Hospital is scheduled to open a new tower addition by the end of 2008. Nutritional Services' implementation of lean and new respect for the one-piece-flow production ensures that we are positioned to handle the additional demand with minimal construction costs.