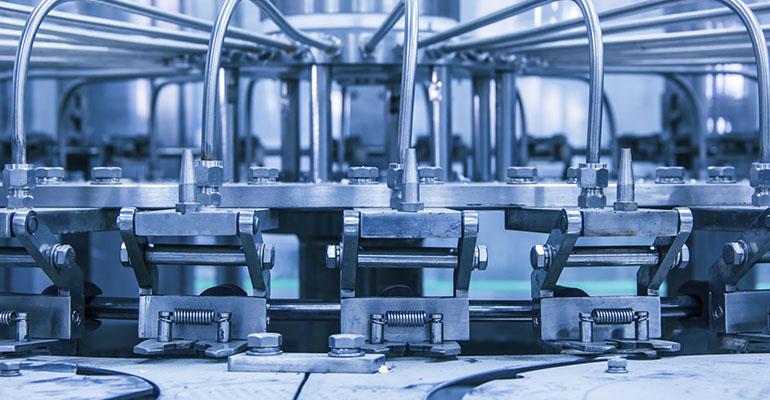 The future of food service

A look at seven trends affecting foodservice and how operators can positively impact their futures.

Hindsight is 20/20. But what if you could turn that saying on its head and use foresight to positively affect your future? You actually can. If you take a systematic analytical look at the trends already impacting the world (from the environment and health to regulations and government and technology, social and economy), you can come up with a version of the future that you’ve helped to shape to fit whatever outcome you want.

It might sound crazy and far-fetched, but it’s not.

To put this into simpler terms, think of it as driving to a destination. Along the way there are street closures from construction or reroutes on your GPS due to heavy traffic or perhaps you ike to go a specific route because the view is prettier. All of those are the trends impacting your drive. They might change every time you take the trip, so you have to monitor what’s going on and make changes to assure you end up at the destination you want. That’s the idea behind foresight-scenarios building: We can’t predict the future, but we can make educated guesses on what’s coming and use those guesses to help enable the future we desire.

There are hundreds of trends impacting our world, but here’s a look at seven that operators should keep an eye on to positively impact their futures. (A quick shout out to Christian Crews, senior manager and global foresight practice lead at Kalypso, a global innovating consulting firm, for walking us through trends and foresight-scenario building.)

Also important to remember when doing foresight-building scenarios, nothing occurs in a bubble. It’s often the confluence of trends and events that create our futures, so don’t think of each trend as a separate item, but rather how when combined they will impact your operation.

Affective & persuasive computing
We can program inanimate objects with software that allows that object to react appropriately and with emotion. For example, if you were to yell at a device, it might cower, or if you told it a joke, it might laugh. That reaction and emotion creates a powerful bond between the device and the human, according to Crews.

At the same time, there is persuasive computing, which is an algorithm that gets people to change their behavior—think quitting smoking.

When you combine those two things, there’s a real ability to create long-term, lasting change in humans. Imagine if there were a device that could react when you did some healthy behavior (selecting the wellness option in your café, for example) and the impact that could have on the health and well-being of your customers.

Automation
Many locations have already figured out the benefit of automation. You can have a foodservice option without having to staff it through micromarkets and fresh food vending machines that send signals telling operators when they need to be restocked. Now take that automation and combine it with advances in artificial intelligence to create advanced robotics and you have an entirely new brand of foodservice employee.

When you combine that robot with AI with affective computing to enable it to react to humans in an emotionally appropriate way, you can see a new waitress, delivery driver or cashier. And because these robots are all connected through the Internet, when one learns a new skill, they all do. Just think of the training implications.

Sensors
Imagine a customer with a food allergy comes into your operation and with the click of a button on a smartphone or wearable device, he can tell if that allergen is contained in a menu item. We’re not too far off from that. 6SensorLabs, a San Francisco-based startup, has launched Nima, a handheld app-connected device that detects gluten in food. (Interestingly enough, two middle school students created a similar, though less sophisticated, version for a science project a few years back.)

Nima isn’t on the market just yet, and it won’t be financially viable for many years—the device costs $249 and capsules needed for testing run nearly $300 for 12.

Testing for allergies or food sensitivity isn’t the only application for sensors. There’s also the ability to sense and track the nutritional value of all the food you consume over the day.

As technology becomes more sophisticated, who’s to say a Nima-like app won’t be available for free on every smartphone, smartwatch and fitness-tracking device?

Imagine a customer walks into your café wearing a Fitbit, a smartwatch and carrying a smartphone or tablet. All of those devices are connected to the Web and are collecting data about that person. Imagine that you, as the operator, can amalgamate that data and use it to help the customer pick an appropriate meal. For instance, if a person is trying to lose weight, through the devices he is wearing or carrying and the data collected through them on the Internet, you could customize a meal that would meet his needs based on the foods he’s already consumed that day.

Now think about the impacts this would have for customers with diabetes and how helpful that would be in managing that disease.

If you combine the data collected by the Internet of Things with affective and persuasive computing, a device in the café could help customers achieve long-lasting health results through their food choices.

3-D printing is already happening in many fields, including medicine and design. And food is starting to take the technology into account.

A company called Natural Machines has created the Foodini, which uses real, fresh ingredients to print a range of dishes, from sweet to savory. The machine isn’t available for purchase just yet, but the company told CNN that the initial release will be for professional kitchen users, with a consumer version to follow at the projected price of $1,000.

From printing soft food for the elderly to food in outer space, the prospects of 3-D food printing seem endless. While the technology isn’t exactly built—or priced—for the noncommercial kitchen currently, there’s no denying that the kitchen of the future just might include some 3-D printing. When you take into consideration the constraints on our resources, 3-D printing could provide some relief.

CRISPR
CRISPR (pronounced “crisper”) is a new gene-editing tool that makes it easy to remove or insert genetic material into plants and animals. Essentially, someone can go into the DNA of anything and remove an undesirable trait and replace it with a more desirable one. Crews calls it the “copy/paste” function for human life. One way in which scientists are currently using CRISPR is to cure genetic diseases quickly—it was used to cure a young girl’s leukemia in 2015.

The implications for the food world are huge with CRISPR: think creating safe new strains of plants that exhibit specific nutritional characteristics. “Perhaps the resistance to the broader GMO activities will be lessened if it’s more of a laser instead of a shotgun approach,” Crews says of the technology’s potential for altering food species.

There’s also a large health potential with CRISPR. Imagine you can edit an organism to have the taste characteristics of sodium without the negative health implications, or you can create a whole-grain bread product that has the taste and texture profiles of white bread.
This isn’t some way-in-the-future technology. The costs are coming down significantly, and Crews sees this being widely available to the general public in the not so distant future.

With any technology like CRISPR, there’s a real question of, just because you can, should you? “Will we realize that Joey in fifth grade shouldn’t be making a food virus that could kill everybody on the planet? Maybe,” Crews says, adding that potential government regulations on the use of the CRISPR technology could be coming.

Resource constraints
Not all trends have positive connotations, but are nevertheless highly important to take into account when looking at your future operation. This is the case with resource constraints: food, air and land, for example. The resource many are worried about running out is water. Take a minute and think about how much water you use every day in your operation, from prep to dish washing and drinking.

As the world’s population grows, do we have enough resources to cover the needs of all those people? Many experts say we don’t. The World Economic Forum’s Global Risks Report 2016 asked 750 experts worldwide about what are potential global risks, “an uncertain event or condition that, if it occurs, can cause significant negative impact for several countries or industries within the next 10 years.”

The third-most cited global risk was water crisis—shortages, flooding or droughts. Water was second to only climate change and weapons of mass destruction.

Unfortunately, water issues aren’t just in the future. Flint Community Schools has been dealing with this since late 2014, when the community found out there was something wrong with the city’s water supply. The initial boil water alert came in 2014, but the district knew boiling water wouldn’t do anything to get rid of the issue—lead—so it was forced to purchase jug water for cooking purposes, according to Bernard Gladney, general manager with SodexoMAGIC. Because the water was coming out brown, the district also had to start using bottled water for cold prep work, because it took 25 or 30 minutes for the water to become clear.

Gladney knew he had to make menu changes to deal with the water issue. He switched to some premade pastas, bought some more premade items and starting using more packaged or whole fruit. Gladney says the department was using between 20 and 80 gallons of water a day.
So far, dishwashing hasn’t been affected as the health department has told Gladney the water is safe to use for cleaning dishes.

Gladney did get some relief, however. When the Flint water issue made national news this past September, water donations came flying in, so much so that the district has asked for monetary donations instead of bottled water.