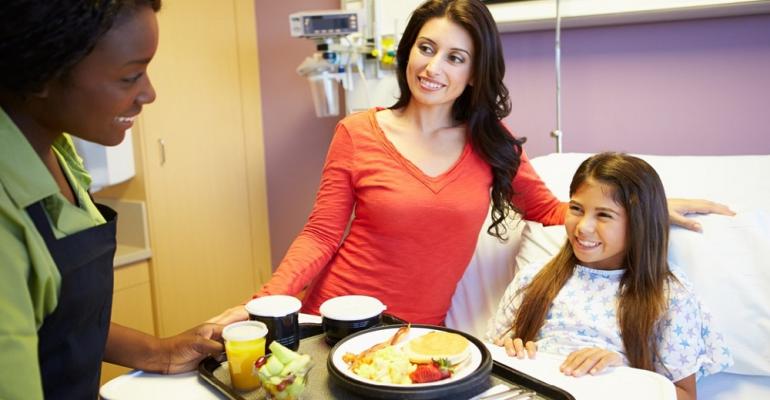 Training, rewarding and just plain being kind are some tactics being used.

One of the major themes at this year’s Association for Healthcare Foodservice (AHF) conference was employee engagement. Foodservice operations of all sorts have seen issues with labor—getting qualified employees and keeping them—and several speakers addressed these issues.

When Jennifer Larson was asked to take over the nutrition and hospitality services department at Gundersen Health System in La Crosse, Wis., the first thing she noticed was a staff morale issue. “We knew we had to change the culture in the kitchen. When we went in there, the thing we didn’t see was smiles,” she says.

Larson says the first thing she and her team had to do was establish trust, and that meant being present. “We built that trust with them by spending about 75 percent of our time in the kitchen with the diet aides. We gained their trust and then we listened to them. We had a box where they could write to us about the things that were going on in their lives that might affect work. We found out that there were issues with alcoholism and one woman was even homeless. That helped us know them more.”

That simple act of being an active member of the department helped reduce turnover rate in the first year from 25 to one.

And the department’s performance also improved. Retail sales increased 27 percent, even after taking away the employee discount and reducing the price of food, and grievances filed with the union went to zero the first year. Previously, the department had a full-time HR person dedicated to the department just to handle the influx of grievances. Now, that HR person is with another department.

Above all else, Larson says the age-old adage of treating people with kindness made all the difference in the world. “We are on the kindness train and if employees aren’t on that track, we’re leaving them at the station,” she says.

Engaging employees also has been a focal point for Ohio Living, a 12-location senior living community that serves more than 73,000 people each year. Laurence Gumina, chief executive officer for Ohio Living, says that the current ratio of caregiver to someone over the age of 65 in this country is at 6.8 to 1; by 2030 that will decrease to 2.9 to 1. “The workforce isn’t climbing to match the increased amount of seniors coming of age,” he says.

Gumina says the need for foodservice employees will only continue to increase. Sixty thousand cooks and 80,000 servers will be needed by 2035, he adds. “I do whatever I can to hold onto [employees] when I get them. The ripple effect of losing a server who knows the residents in and out is far greater than losing the CEO.”

To keep his employees on staff and happy, Gumina focused on recognition and training. Ohio Living is opening a center of innovation to gather and share the best ideas from across all the locations and employees. He said one of the ways they keep employees happy is to allow them to be free to be creative.

Mark Dunn, of Providence St. Vincent, also tries to keep employees engaged to reduce turnover right from the start. “We’re working on reducing first-year turnover. We see some facilities where it is 60 to 70 percent. We’re putting our focus on how we can engage that caregiver on day one. Who are they eating lunch with? We want to make sure they have all the tools to be successful.”