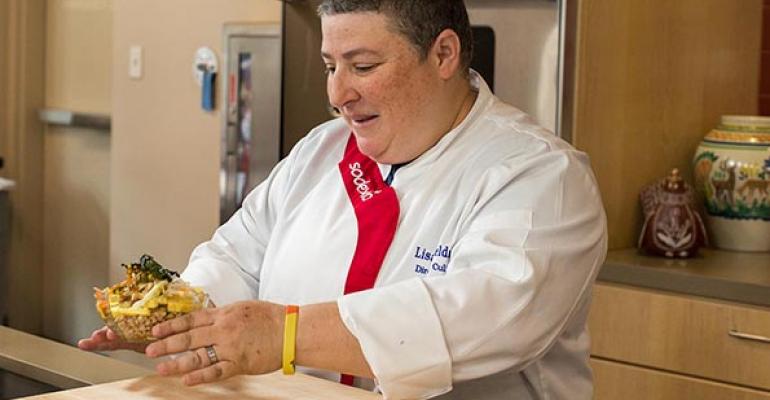 How I Got This Gig…

Every so often, we&rsquo;re going to ask our readers a question we hope elicits some interesting and informative responses. This one definitely provided some inspiration, too, as three readers explained how they ended up with careers in noncommercial foodservice. 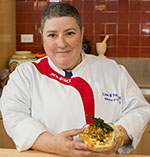 “I fell into my job by accident and I love it. My true passion is research and development, and I started my career at Sodexo doing that. Just after I became a mother, I was asked to switch to the newly formed campus and school division. They said, ‘You’re a mom, it’ll be a good fit.’ But I wasn’t sure. However, once I did a few site visits, I became fascinated with lunch ladies. They have the most awesome job. When you’re a kid, you’re guaranteed that if you’re having a terrible day, a lunch lady will do her darndest to cheer you up. It’s a fact: Lunch ladies give the best hugs. We hear that a lot from kids who are being bullied, that the cafeteria is a safe place. It’s just an awesome job.”
—Lisa Feldman, director of culinary services, Sodexo, Gaithersburg, MD 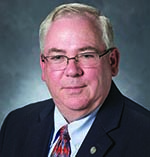 “When I arrived at Valdosta State as a freshman in 1973 I needed spending money and saw an ad from foodservices. I got a job as a line runner and ran hot food from the kitchen to the serving line, then moved up to student supervisor of that shift and then manager of the entire student workforce. I had a great time and doors opened for me. I returned two years after graduation as director of foodservices as a 23-year old. It was weird leaving as a student and coming back as everyone’s boss.”
— J. Michael Floyd, associate vice president of auxiliary services, University of Georgia,
who retired on Aug. 31 after a 40-year career in non-commercial foodservice, including 28 at Georgia 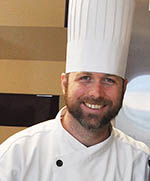 “ I spent almost 18 years working grueling 14-hour workdays, six days a week, EVERY holiday and virtually NO time off in the crazy world that all restaurant chefs typically work in. This was my life and I LOVED it. My wife and I found out we were expecting twins and we were already the proud parent of our son Cameron, who was only 2 then. I realized I had to make a drastic change so I didn’t let my wife become a “foodservice widow.” After dedicating my life to food, I still had a burning passion for being a chef. I had to find a balance. I reached out to campus executive chef (Bill Brizzolera) to see if there were any opportunities at NC State. My longtime mentor (Mark Turner) had recently taken the executive catering chef position here and had bragged about how much he loved his new job. He told me how NC State was planning and developing several new cutting-edge concepts. One of which fit perfectly, and I was lucky enough to land my current position.”
— Adam Smith, executive chef of On the Oval Culinary Creations, NC State University

Feel free to add your own stories in the comment field below, or email [email protected] with a response. Perhaps we'll run answers to this same question again down the road.