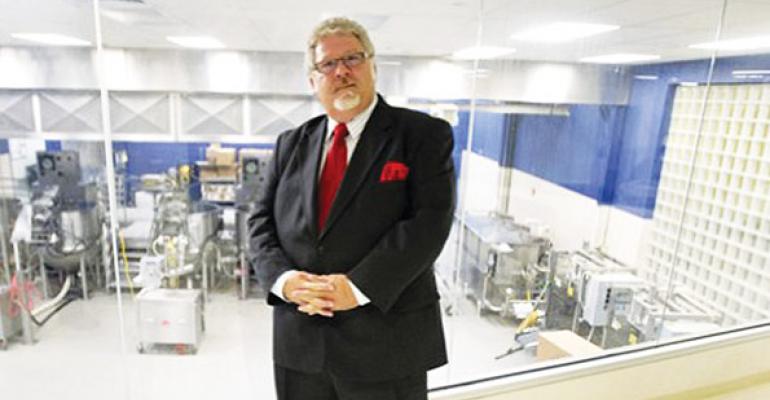 FSD Tony Geraci oversees foodservice for all of Shelby County out of the former Memphis Schools central production center.
Operations>Management

The storied Memphis City Schools district is now part of a larger entity with a budget close to $100 million.

The Memphis City Schools district is no more. The entity listed as #24 (next page) is now the Shelby County Schools district, following a merger between the city system and the surrounding county. As reconfigured, Shelby now has an enrollment of about 160,000 at 260 sites, with a meals budget close to $100 million.

Last year, Geraci added 80 school sites to Memphis’ breakfast in the classroom (BIC) program, vaulting morning meal participation from about 20% at the start of the year to nearly 50%. Geraci says it’s a matter of both mission (feeding kids) and money: “Breakfast in the classroom is a multiplier because it gets you nearly 100% participation, and the reimbursements that come with it.”

Those government funds are critical in a district like Memphis, and Geraci is adept at finding ways to maximize this revenue stream. For example, he is converting the CACFP afterschool snack program to a supper program wherever he can because the latter generates higher per-meal reimbursements that that help cover overhead costs of meal production. Shelby offers both universal free supper and universal free breakfast and plans to add universal lunch next year.

Geraci also found savings by moving to a modern integrated computerized management system that has helped tighten audit standards and reduced waste by about $3 million in the first year.

Finances and meal quality are balanced through the use of a 217,000-sq.ft. central production center that cooks almost everything from scratch and packs meals using sophisticated packaging solutions developed with select supplier partners. It also processes fresh produce which is increasingly sourced from local growers. Meal retherm takes place at school sites, which all have steamers.

Another initiative: a school garden program that is crowned by a 14-acre urban farm at one school site. It supplies the onsite kitchen there with fresh produce.

The Memphis/Shelby merger poses challenges that are not just demographic and political, but operational. The county system was used to an extremely decentralized meal program that must now adapt to Memphis’ central production model. The merger also cancelled the Memphis labor contract as Shelby County is not unionized.