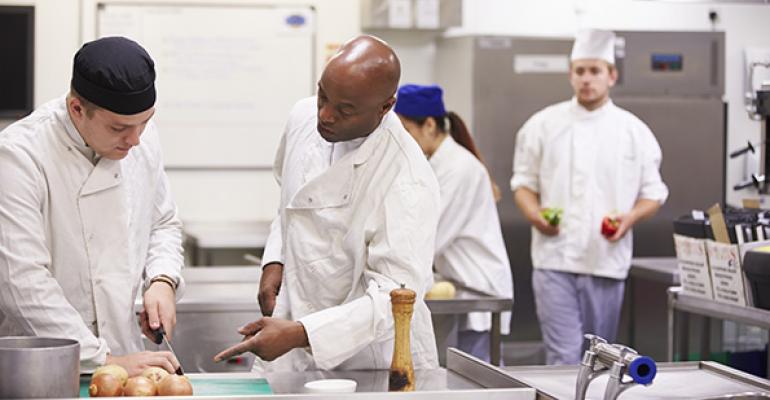 Mise en Place: Why personal attention is key in training

“It makes a big difference to give newly hired employees your personal attention and to take the time to teach them, rather than sending them off with another staff member for training. Although it’s important for others to help with training, for the first week at least, new hires need the manager to be closely involved. When I do that the new staff members are reminded of my work expectation.

The manager always has to be involved with all staff continually, because training is an ongoing process—learning and training simultaneously. So many good things happen when the manager stays connected to his or her staff. Being a true example and not cutting corners shows the new and old staff that you believe in what you say and that you mean it. Staying away or becoming too busy to stay in touch is a disaster the manager should avoid because it can lower standards.”

Baking Magic
Edible Glitter is a sparkly new special effect for baked goods that’s a spin off on edible film technology, which was developed in the early 1960s. The glitter is an eye-catching alternative to traditional sprinkles or jimmies, and does not contain hydrogenated oils. Glitter can also glam up such items as popcorn and smoothies.

Other options include a distinctive glittery swirl added to the inside of a loaf of bread, cupcakes with team colors, donuts for a special event or just about any sweet occasion that can be made more fabulous with glitter.

Coming Soon: Caviar-ize Anything
“The only limit is your imagination…it’s a way for chefs to up their game,” says Naor Cohen, Canada-based inventor of the Imperial Sphericator, a handheld device that shapes anything that can be puréed into pearls. When calcium chloride and alginate (an edible thickening agent made from seaweed) meet the liquid, pearls are formed. 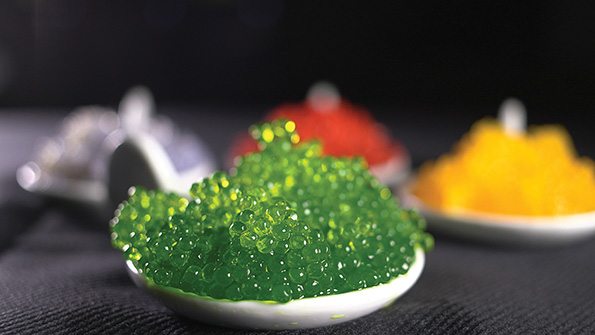 Possibilities include saffron pearls on smoked salmon, shallot and red wine vinegar pearls on oysters, and fresh mint or black currant pearls on cheesecake. At press time, the Sphericator project was still raising funds on Kickstarter.

Genius Trick for Making the Crispiest Fruit Crisp
Contrary to the name, it can be tough to bake a fruit crisp that’s actually, well, crisp. Sometimes the namesake topping is soggy and more Debbie Downer than celebration of autumn.

Luckily, Jim Dodge, director of special culinary programs for Bon Appétit Management Co., has cracked the crispy code. He recently told the Los Angeles Times that the trick that makes the difference between crunchy and not crunchy is “rather than just scattering the crumbs, he gathers them into a rough dough ball, then breaks off little chunks to distribute over the fruit.”

That way, the mixture will sit on top of the fruit and won’t soak up so many of the juices that are released during baking. For the topping mixture, Dodge recommends using a ratio of 1 cup flour: 1 cup sugar: ½ cup butter. If you add nuts or oats, use 1 cup nuts/oats to 1 cup flour.