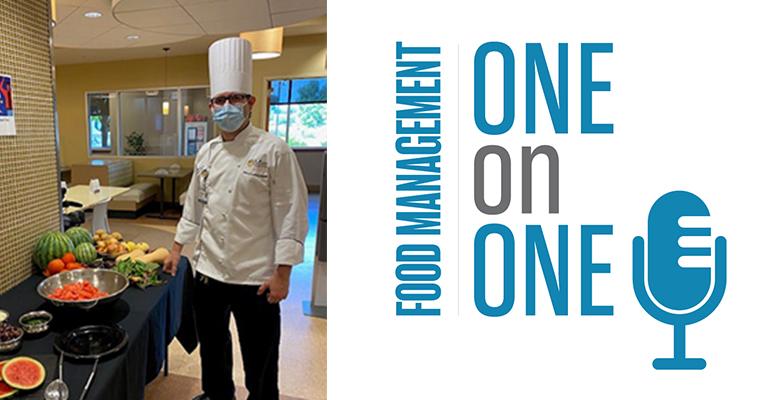 One On One With: How a hospital chef reaps the bounty from an onsite organic farm

Charles DeLeva, executive chef at St. Luke’s University Health Anderson Campus, talks about how produce from an organic farm located on hospital property benefits his dining program and his customers.

A number of hospitals now operate gardens on rooftops or in ground-level patches, but few have the capability or acreage for an actual farm and even fewer have access to a renowned research organization’s expertise in organic agriculture. But both of those are realities for St. Luke’s University Health Network in Pennsylvania, which has been partnering with the Rodale Institute on an organic farm located on the grounds of the St. Luke’s Anderson Campus in Easton, Pa.

The Anderson Campus is fairly new, only having opened in 2013 on a 500-acre plot that the healthcare system purchased in Northampton County. As that was way more land than the hospital facilities needed, St. Luke’s East Region/Anderson Campus President Ed Nawrocki suggested part of the excess acreage be used for an organic farm that could supply the hospital kitchen with fresh, healthful produce, says Stephanie Zimmermann-Schmitt, who serves as project manager for the farm for the Rodale Institute.

“From the farm you can actually see the hospital,” she notes. “We’re on St. Luke’s property basically just across the road. It’s about a 16-acre property including all the buildings and everything, and we actively farm about eight and a half.” 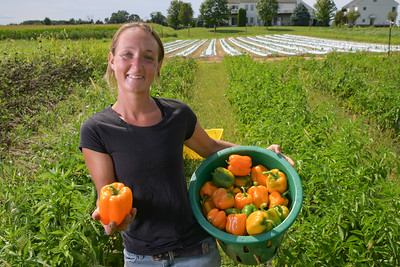 Photo: Stephanie Zimmermann-Schmitt of Rodale Institute manages the organic farm at the St. Luke’s Anderson campus for the hospital system.

The bounty has grown over the years, Zimmermann -Schmitt says, expanding from an original commitment to grow about a dozen different crops to about a hundred now.

“The problem was that we would get a lot of one crop, say cabbage, at one time because of the growing seasons, but what kitchen can use a hundred pounds of cabbage all at once? So we figured having some diversification would reduce the pressure of having too much of one crop.”

The bounty consists mostly of vegetables, though this season has also seen watermelon. The largest volume production is in staples like lettuces, cherry tomatoes, onions and potatoes.

“We do a lot of storage crops because that allows us to continue to distribute through most of the winter,” Zimmermann-Schmitt says. The growing season in the Lehigh Valley extends from about April through the first hard frost, usually October or early November. Crops are started from seed in the farm’s greenhouse beginning in February.

The vegetables go to 10 St. Luke’s facilities, including Anderson Campus, of course, as well as to St. Luke’s hospital staff who have shares in the system’s CSA (Community Supported Agriculture) program. The farm is on track to produce up to 75,000 pounds this year, a number that has grown annually as the farm expanded, doubling in size from its original conception. 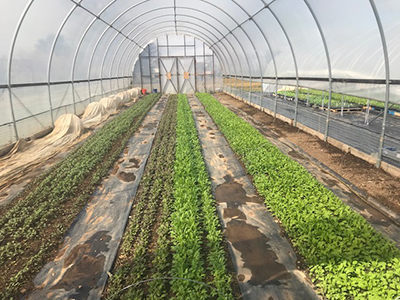 Photo: The organic Rodale farm at St. Luke’s Anderson includes greenhouses where crops are begun from seeds early in the year.

“We do a recap of the past season—what they liked and didn’t like—and what they’d like to see in the future and make decisions on which crops to cut back on, which ones to expand and what new things we might add,” she explains.

And how do St. Luke’s culinarians feel about having a farm to draw from? We talked with Charles DeLeva, executive chef for management company Metz Culinary Management at the St. Luke’s Anderson Campus about his program and how it benefits from the ultra-local organic produce operation.

Food Management · One On One With: How a hospital chef reaps the bounty from an onsite organic farm
TAGS: Healthcare
0 comments
Hide comments
Recommended Reading