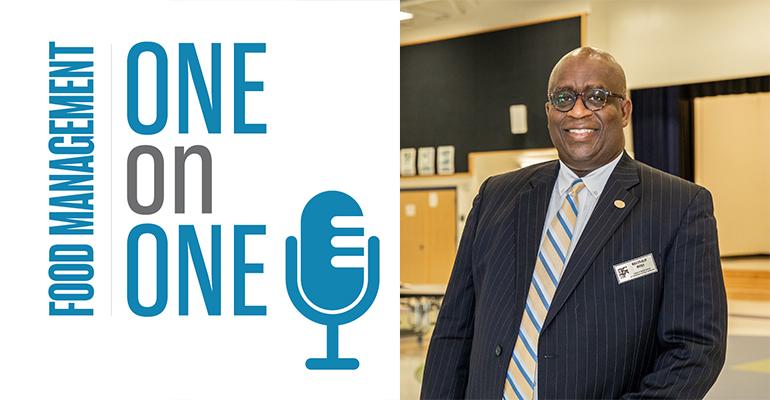 SNA's new president Reginald Ross spoke with Food Management for this week's episode of One On One.
Operations>Management

One On One: School Nutrition Association’s president on turning foodservice heroes into advocates

Reginald Ross provides an update on the association and its goals outside of the newly extended meal waivers.

Reginald Ross was named president of the School Nutrition Association (SNA) in July without the traditional fanfare that comes with the yearlong appointment, but as the first man to serve in the position since the 1970s, he had an agenda, even while taking the reins during the pandemic.

Ross joined One On One this week to discuss the goals for SNA during his tenure. The biggest priority for the association was the extension of meal waivers through Aug. 31, 2021 to allow schools to serve every child in the new unconventional ways.

This podcast was recorded mere hours before the USDA received authority to extend meal waivers through Sept. 30, 2021, even further than Ross and the SNA had hoped for.

While Ross spoke about the importance of the meal waiver extension, he also explained how SNA is training educators and foodservice “heroes” (his word, though we have used the same phrase here at Food Management) to advocate for themselves at Capitol Hill and care for their students with a series of webinars and (when it was legal) in-person training.

Ross also spoke about his own history as a former quick-service restaurant worker and owner before eventually joining the ranks of school nutrition in Charlotte, N.C., where he serves as a School Nutrition consultant for the North Carolina Department of Public Instruction and helps with 41 school meal programs.

Listen below to our full conversation.

Food Management · One On One: School Nutrition Association’s president on turning foodservice heroes into advocates